The story of Amwas and Prophetic Saying (Hadith) on Epidemic are ethically powerful reasons for Muslims to follow present-day norms for containing the spread of deadly COVID-19, writes Dr M.I.H. Farooqi. 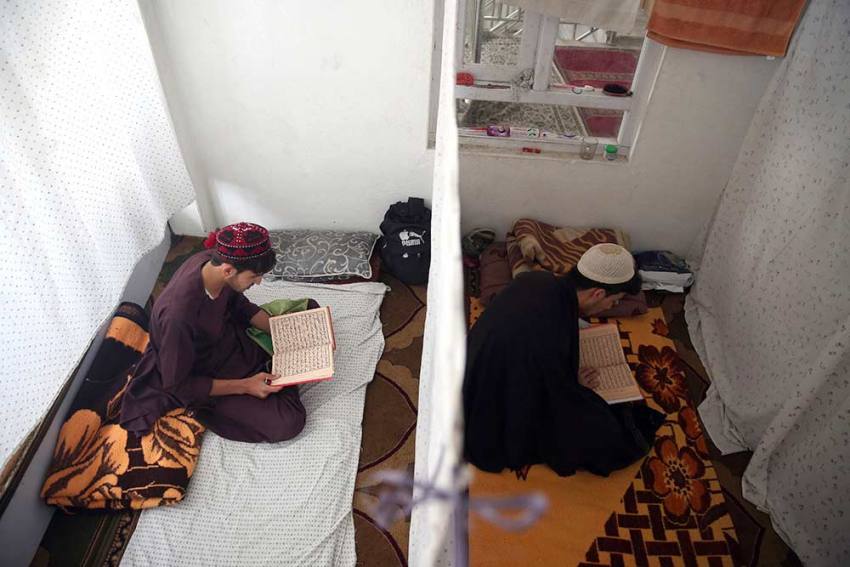 People read verses of the Quran in a mosque during Itikaf, the last ten days of the Islamic fasting month of Ramadan, in Kabul, Afghanistan. Itikaf is very important for many Muslims due to the belief that the Prophet Muhammad used to exert himself even more in worship, hoping to draw himself closer to God. (AP/PTI)
Dr M.I.H. Farooqi 2020-05-24T14:54:12+05:30 Quran, Prophet's Sayings Have Always Instructed Muslims To Remain Distant During Epidemics 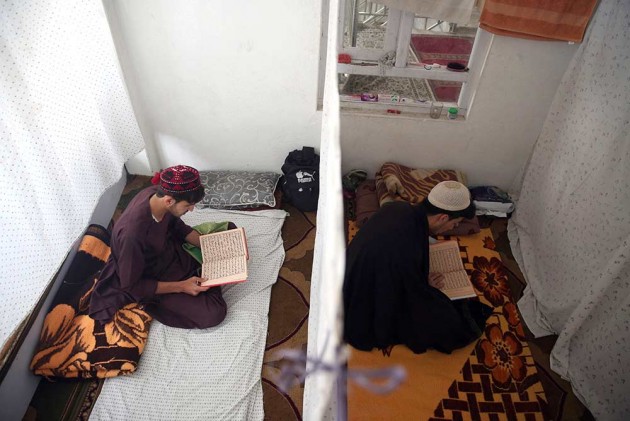 Muslim attitude towards epidemics goes back to the very early period of the emergence of Islam. These views were based on rationale and reason and of course, inspired by Quranic and Prophetic injunctions. The epidemic was considered as a Decree of Allah and not the punishment for sins committed by the Servants of God. Despondency during savages of epidemics was considered un-Islamic. Those who faced such situations bravely (with all precautions) but died were considered Martyrs.

During the calamities of nature, Muslims are reminded that many people in the past had suffered and had their faith tested. The present-day people, too, will be tried and tested in their lives. Muslims are advised that Allah loves those who show Patience (Arabic, Sabr) in times of distress and trials. Quran Says: "do not dispute and [thus] lose courage and [then] your strength would depart; and be patient. Indeed, Allah is with the As Saabiroon (Those who keep patience) Quran 8:46). In another Verse of Quran reward of Patience is described in these words: "Only those who are patient shall receive their rewards in full, without Hisaab (without limit, calculation, and estimation)."(Quran, 39:10). It

is in the light of Quranic observations that in one of the important Hadith, Prophet Muhammad is reported to have said; "Whoever persists in being patient, Allah will make him patient. Nobody can be given a blessing better and greater than patience (Sabr)." (Sahih Al-Bukhari). Prophet also said: "As-Sabr (the patience) is illumination." (Sahih Muslim).

No definite medicine was suggested for deadly epidemics. However, strong recommendations were made to make a distance from the place of epidemics and asked people not to move away from the place of an epidemic. They were asked to stay put. Even during some emergency, "stay at home" was allowed as part of AZAAN from Mosques.

Alasalah" (Come for the prayer) at the end of the Azaan, on a rainy or a very cold night during the journey. (Al Bukhari, Book Call for Prayers)

Quran in several verses wishes "INSAAN" (human beings) to do GAUR O FIKR (Understanding with reason) on the acts of Nature. Thus, it is the duty of humans to understand all that is happening (including disasters) and find their solution to living and survive. Some Quranic injunctions are as follows:

2). ''And such are the Parables We set for mankind but none will understand them except those who have Knowledge." (Quran 29:43).

Islam considers the life of human beings as the most precious gift of God. It should be protected in all circumstances. Without human life, this world has no purpose.

Some of the Prophetic sayings which helped Muslims to make their attitude towards epidemics are as follows:

1.) Narrated Abdurrahman bin 'Awe "I have heard Allah's Messenger saying, 'If you hear about it (an outbreak of plague) in a land, do not go to it; but if the plague breaks out in a country where you are staying, do not run away from it'.( Al Bukhari)

3). Messenger of Allah (PBUH) said: Prayer for a Muslim: Oh Allah I beg for Good Health and Faith with Good Conduct (Al Bukhari).

Based on Quranic injunctions and Prophetic sayings, Grand Mufti of Dubai, Dr Ali Ahmad, recently said: "There should be neither harm nor malice; the suspension of group prayers is allowed by Islam to prevent harm and protect people from any form of damage resulting from bad weather, epidemics or wars."

The rationale behind the attitude of Muslims towards keeping away from the place of epidemics, physical distancing in modern terms, and to stay put at the place of the outbreak -- lockdown in modern terms -- was strengthened by an important incident that occurred during the time of Hazrat Umar Farooq, 2nd Righteous Caliph of Islam. This incident is mentioned in Islamic History as follows:

According to famous Egyptian Islamic scholar ibn Hajar Asqalani (1372-1449), there were sixteen cases of Bubonic Plague during the early Islamic period (till the end of Umayyad period.) These included Plague of Amwas (638-39 AD), Plague of Kufa (669 AD) and Plague of Basrah (688-89 AD). During these outbreaks, thousands Muslims were killed.

Among them were prominent persons of Islam. However, the first big disaster Muslims confronted was the Plague of 'Amwas.

Sometime during 638, Hazrat Umar ibn al-Khattab, the second Caliph of Islam, came to know of some administrative lapses in Syria causing widespread trouble there. He

decided to visit the area himself and discussed the matter with Hazrat Abu Ubaidah ibn Jarrah who was commanding the Muslim Army stationed at the garrison in Damascus.

Hazrat Umar set out for Syria in early 638. When he got as far as 'Sargh', Abu 'Ubaidah and his companions came there to meet him. They informed him that a plague

had broken out in Amwas, a village in Palestine, which spread very fast to Syria, Iraq and Iran and killed people in thousands. Hearing the outbreak of deadly disease,

Hazrat Umar consulted his elders from Ansars and Quraish about the prevailing situation and sought their opinion about the decision to proceed.

Majority of them were against entering Syria and exposing to the epidemic. Hazrat Umar then decided to retreat. Hearing the decision, Hazrat Ubaidah felt disheartened and said to Hazrat Umar "Are you not fleeing from the Decree of Allah". Without showing any displeasure over the comments of his old friend and a prominent Companion of Prophet, Hazrat Umar said rather firmly, "Yes, we are fleeing from the decree of Allah to the decree of Allah". In the meantime 'Abdur Rahman ibn 'Awf narrated the Hadith in which Prophet advised his followers never to enter the land of an epidemic. About a year later, Hazrat Ubaidah, along with three other Companions of Prophet, was among those twenty-five thousand soldiers who became victims of deadly Plague. (Sahih Bukhari and Sahih Muslim)

The story of Amwas and Prophetic Saying (Hadith) on Epidemic are ethically powerful reasons for Muslims to follow present-day norms for containing the spread of deadly COVID-19.