Both are mature democracies, including vibrant media and vociferous civil societies capable of colourful protests on the streets. Socially, both are multi-ethnic, multi-religious nations, which encompass diverse regions and cultures, writes B.S. Prakash, Former India Ambassador to Brazil. 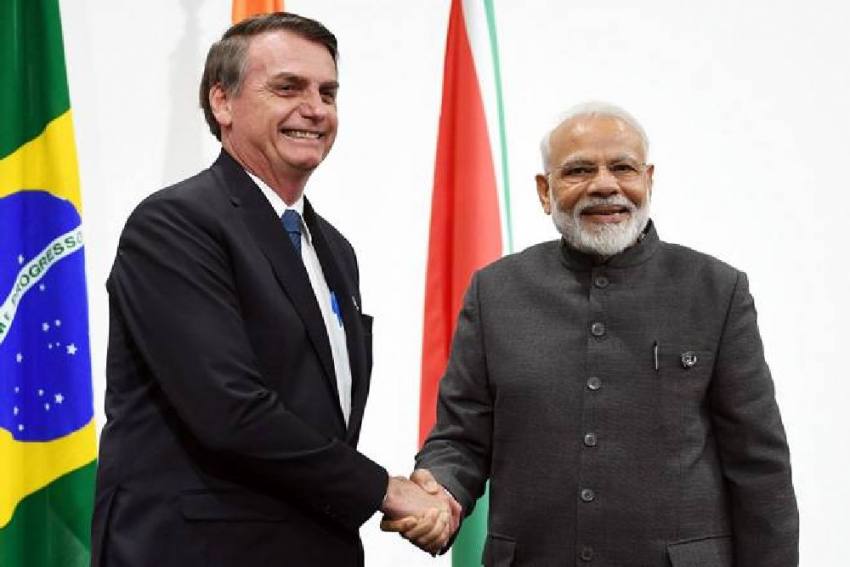 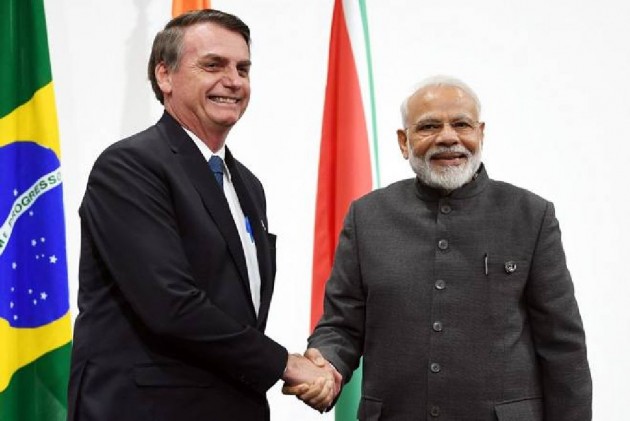 An old and unkind saying about Brazil, often made by European diplomats during my time in that country as the Indian representative, was: “Brazil has the potential to become a great power in future and will always retain that potential”. It was akin to what was said often about Indian economy in the nineties, “India is like a jet revving up to take off, but when will it actually take off?’’ The potential, the promise and yet the less-than-satisfactory realisation of that promise is a commonality that India and Brazil share.

As Brazil President Jair Bolsonaro visits India as the Guest of Honour on Republic Day, it is good to first remember the long list of common features, values and interests that the two nations share.

The similarities are indeed many and striking. Both are large countries in size and population. They are both in the world’s top ten in GDP with $2 trillion-plus economies. Besides these objective factors, both are mature democracies, including vibrant media and vociferous civil societies capable of colourful protests on the streets. Socially, both are multi-ethnic, multi-religious nations, which encompass diverse regions and cultures. They also face some significantly similar challenges: glaring regional and income inequalities, islands of affluence amidst millions of poor people, and corruption.

Given these factors, as also the fact that there are really no bilateral disputes between distant nations, the two had a great deal of cordiality historically but mainly focused on UN and multilateral issues. Starting from the first decade of this century, however, the engagement became more frequent and meaningful.

We must remember the first visit by President Luiz Lula da Silva, or simply Lula, as our guest for the Republic Day in 2004. He approached India with a different mindset: a pragmatic socialist, he recognised that we were at the same developmental stage and could do things together, apart from thinking alike. The possibilities were wide-ranging: Agriculture, Nuclear, Space, Mining, Petroleum and ethanol -the agenda for forging links was ambitious.

As the global financial crisis unfolded in 2008, the growth stagnation in the West and the markets shrinking, a group of large and not-yet-so-rich nations that included Brazil, India and notably China came to be recognized as ‘’emerging economies’’. Groups such as IBSA and BRICS were constituted heralding their different identities and growth trajectories. Their inclusion in the world’s salient high tables became a necessity. The expansion of the rich man’s club G-7 to a much more representative G-20 is a landmark that will endure. The Indian PM and the Brazilian President met two-three times a year on margins of global meetings and in each other’s capitals too.

Let us admit, political convulsions, too, are a common feature in democracies. Starting around 2013, Brazil had a turbulent phase with the economic slowdown, even contraction, and a movement against established political parties and personalities. Lula was prevented from contesting elections and even sent to prison.

Promising discipline and, above all, better law and order, a relatively unknown figure won the mandate for the President, starting from Jan 2019. He is Jair Bolsonaro, our guest on this year’s Republic Day.

We normally do not speak ill of our guests, but it is not a secret that Bolsonaro is not a popular leader, either within or outside. He prides on being known as the “Trump of the tropics” which should tell a lot. Like Trump, he is aggressive, loudmouth, surrounded by the family, and cronies. He is also insensitive to gender issues, environmental concerns, welfare schemes, and global commons. His strong suits are enforcing law and order to curb violent urban crime. His current economic priority is pension reform and to cut Brazil’s bloated bureaucracy.

How do we then understand the invitation to a President with such a reputation? ‘It is the nation rather than the individual,’ is the obvious answer. All the attributes about Brazil - physical, social and political identified in the earlier paras would establish that Brazil is a major country in the world and arguably the most critical country in Latin America.
In this framework, the invitation to Brazil is best seen as an expression of our belief in the direction towards a multi-polar world and the necessity, therefore, for a multi-directional engagement.

During the recent Raisina Dialogue in Delhi, Foreign Minister S. Jaishankar elaborated on our changing approaches and agenda. He stressed that India was keen to engage with multiple partners apart from established powers. These were in Europe, Central Asia and Africa. He did not mention any countries from Latin America but did refer to forums like SCO, IBSA, and BRICS as providing a platform for enlarging our circle of engagement. He took care to explain that our interests went beyond trade and investments, the two traditional yardsticks in the economic space in bilateral relations.

There were other parameters and areas for engagement. We had to explore technological changes, connectivity issues in the physical and infrastructural sense, innovations, evolving problems in the internet, cyberspace and digitalization, applications in nano and biotechnologies and so on. Seen in this context, Brazil is a natural partner in the developing world with its capacities -material, technological, and intellectual.

Brazil has always been blessed with natural resources. In a world, getting anxious about Water, Brazil has the world’s largest reserves. The Amazon is not only a natural treasure but impacts the sustainability of the earth. In agriculture and animal husbandry, Brazil’s capacity to produce and export is immense, be it sugar or soya or pulses or fruits. Apart from all this nature’s munificence, Brazil as the source for minerals and deep-sea petroleum reserves gives it an assured place in any listing of economically significant nations.

Super rich in commodities, as Brazil undoubtedly is, we should not forget its abilities in manufacturing, S&T, and in-services. Here, again, a fair comparison is with India with a number of achievements and ambitions. For instance, Brazil is a rare country in the developing world with aircraft manufacturing at Embraer. As large countries with defence equipment imports worth billions, there are possibilities of working together to develop defence systems indigenously. It is a world leader in ethanol and innovator of flexi-fuel engines for automobiles. The breakthroughs in agricultural research by its prestigious institution Embrapa have been game-changing. Brazilian companies compete with European brands in fashion technology. Looking ahead, the possibilities for partnership includes such varied areas.

A different dimension relates to developmental and social policy research in two countries that are at a similar stage in development. To give some interesting examples, I was stuck a decade ago by Brazil’s highly successful Conditional Cash Transfer program called Bolsa Familia (Family benefit package) that had come to be regarded as a model scheme. For families who met conditions – below the poverty line, children going to schools, having been vaccinated and inoculated, etc., the mother received a benefits package directly in her bank account.

The whole scheme had been well documented and was studied by our experts. To take even a simpler example, the equivalent of Aadhar in terms of an ID card had been designed and in operation for decades. There is much to learn as best practices in these kinds of social programmes between two large and noisy democracies. It is not a surprise that on issues of governance, and on many global issues, our negotiators find it beneficial to work together in international fora.

Is all this just soaring ambition? The Foreign Minister has recently been emphasising our improved record of project implementation and delivery. Even if some of the ideas in the potentially rich agenda get implemented, our cordial relations can acquire greater content.

(B. S. Prakash was India’s Ambassador in Brazil from 2008-12. Views expressed are personal.)