Home  »  Website  »  National  » Opinion  »  In Between Liquor Shops And Alcoholism: Revenue At The Cost Of Public Health
Opinion

In Between Liquor Shops And Alcoholism: Revenue At The Cost Of Public Health

We need to ask ourselves this question, why people are ready to risk their lives without fearing the pandemic to satisfy their addiction? 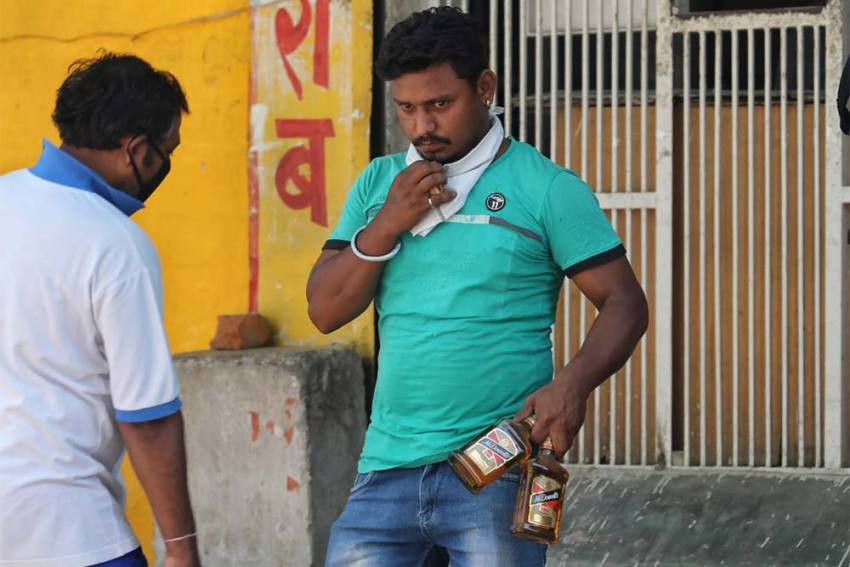 A customer carries alcohol after purchasing from a wine shop, during the ongoing COVID-19 nationwide lockdown, at Kaushambi in Ghaziabad.
Suresh K Pandey/Outlook
Abhinav, Apurva Shekhar 2020-05-11T18:12:38+05:30 In Between Liquor Shops And Alcoholism: Revenue At The Cost Of Public Health 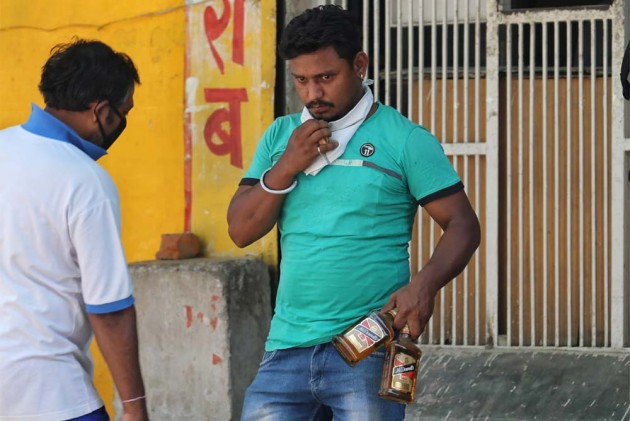 After the relaxation of rules amid the ongoing coronavirus lockdown, the country witnessed thousands crowding in front of liquor shops across the country, deliberately violating the social distancing norms and mocking the efforts taken till date to curb the pandemic. The decision has invited a wide range of criticism of the government’s order and a vehement resentment against those crowding in front of liquor shops. Amid the frustration of the pandemic, there is a nationwide infuriation against alcoholism, which is often referred to as a choice, rather than what it actually is. We need to ask ourselves this question, why people are ready to risk their lives without fearing the pandemic to satisfy their addiction?

Alcoholism is the inability to control drinking due to both physical and emotional dependence on alcohol. According to Global Status Report on Alcohol and Health of the World Health Organization (WHO), the prevalence of Heavy Episodic Drinking stands at 17.1% of the population above 15 years of age, which roughly equates to the population of France and United Kingdom combined together. Further, the rate of extreme alcoholism disorders in India is higher than the world average at 4.9% against 4.6%.

While analysing the condition of alcoholism in India, we often tend to ignore the consistent lack of effort on the part of the state, while overemphasising on social connotations of the problem. In fact, alcohol addicts are the victims of a systematically induced “passive epidemic”. This can be understood by the fact that even though 28 states and Union Territories have set a limit on legal drinking age at above 21 years and the rest of them have set it at 18 years, still 12.8% of the population in the age group of 15-19 years are suffering from heavy episodic drinking syndrome, as per the WHO report. This half-hearted attitude towards the implementation of such crucially significant rules puts our efforts towards realising the human development potential in question, a loss which we are in no position to afford.

The makers of our Constitution must have envisioned the Gandhian principles of ‘a nation against alcoholism’ shining in the administrative and political values while directing to bring about prohibition of consumption in part IV of the Constitution.

In the words of Mahatma Gandhi, the revenue from drinking is a degrading taxation as it makes people pay for their own corruption –moral, mental, and physical. However, the recent RBI’s report  on State Finances shows that the state excise duties on liquor are in the range of 10-15% of state’s tax revenue estimating around Rs 1.75 lakh crores for the year 2019-2020. Although this money is important for financing an array of social welfare schemes, a report of Ministry of Social Justice and Empowerment (MoSJE) and AIIMS, Delhi, titled Health Impacts And Economic Burden of Alcohol Consumption in India, shows alcoholism will incur losses of around 1.45% of country’s GDP per year between 2011-2050 after offsetting the revenue generated from its sale. While the state tries to find a balance between its obligations towards implementing the directive principles of state policy and its funding requirements, the future of our youth hangs in a lurch.

WHO has estimated that alcoholism has resulted in around 2.64 lakhs alcohol-attributed deaths in India in 2016. MoSJE, in its report, stated that 5.7 crore Indians are in a dire need of urgent help in form of medical interventions and counselling sessions, but infrastructural limitations constrain their ability to provide the support these people need.

Ministry of Health and Family Welfare (MoHFW) initiated the “Drug De-Addiction Programme “in 1984, which leveraged NGOs to setup De-Addiction Centres (DACs). In 2015, MoSJE launched ‘Scheme for Prevention of Alcoholism and Substance Abuse’ to promote collective initiative and self-help endeavours among individuals and groups at risk by supporting activities of NGOs working in the area of prevention and rehabilitation. However, the budgetary support to DDAP was merely Rs 150 crore in the 12th FYP, whereas, the budgetary allocations of MoSJE for grants to NGOs in various programmes on drug demand reduction was only Rs 400 crore in the last five years. According to a research paper published in ‘Indian Journal of Psychiatry’, 70% of DACs lack standard treatment and care facilities and availability of important medicines like Naltrexone, Acamprol, and Topiramate. This makes the patients vulnerable to relapses even during their treatment.

To make this situation even worse, the social stigma attached to alcoholism plays an important role in defining alcoholism in terms of the morality of the alcoholic, than understanding its underlying medical ramifications. This stigmatisation guides a trend of gender skewness, as evident by the fact that out of total patients seeking help, around 97.3% are men, even though 16% of all alcoholics are women. It is often observed that alcoholics are the ones who alone are blamed for their condition, but underlying reasons such as illiteracy, chronic poverty, psychological factors and prevailing culture that promotes alcoholism are neglected. This problem even amplifies many folds in the socially disadvantageous groups, who are either unaware of their condition or lack the resources necessitated to seek help. Only 14% of the treatment seekers are illiterate, even though they are the main victims of alcoholism.

The underlying reasons for abusive drinking are mostly psychological in nature as in the case of drug abuse. The mental health infrastructure in India can prove to be instrumental in fighting alcoholism but it is in a bad shape. The availability of mental health professionals at only 0.3 per lakh of the population against the recommended level of 3 per lakh of the population by the WHO is the only tip of the iceberg of everything that is wrong in our approach to filling the necessary gaps.

It is at these tough times that problems caused by the decades of failed policies and efforts reveal themselves. The decision of opening liquor shops shows the desperation of the government to generate revenue even at the cost of public health, is ironically the same kind of treatment that state has been giving to the victims of alcoholism since the past 75 years.

(The authors are pursuing Electronics and Communication Engineering. Views expressed are personal.)