The criminal justice system is an integral part of the democratic setup. Therefore, it is imperative that comprehensive steps are taken to make the system more effective. 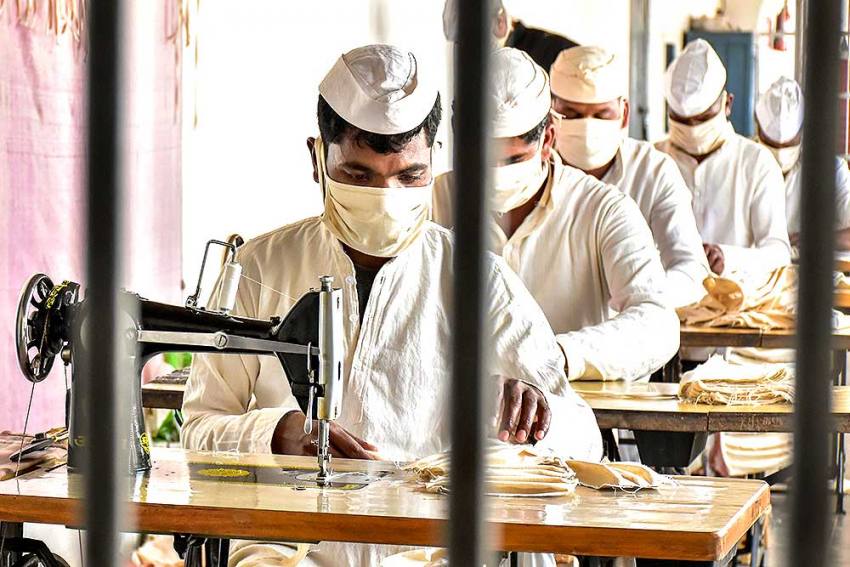 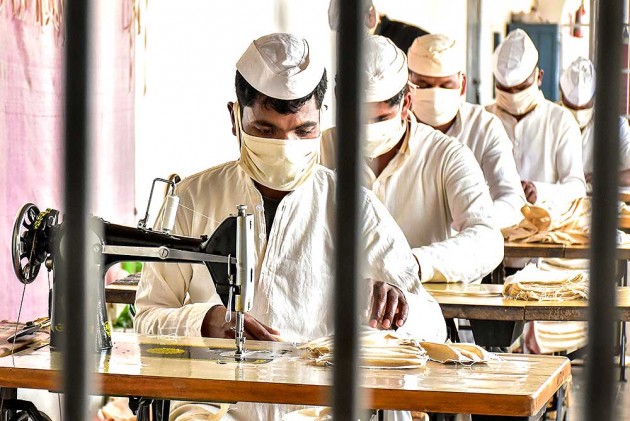 Courts in India at all levels (district, High Courts and Supreme Court) have a cumulative backlog of over 3.5 crore cases. The Economic Survey of 2018-19 projected that we would need more than 8,500 additional judges overall, including eight at the Supreme Court over the next five years to clear the backlog.

Indian jails are overcrowded, housing more than 4.6 lakh prisoners at 117% occupancy. Notably, almost 70% of these prisoners are under-trial prisoners, i.e., those who haven’t been convicted yet.

We live in an age of media trials, vigilante cops and mob lynchings – all symptoms as well as causes of an ailing criminal justice system. Read with the numbers above, this indicates the system’s infrastructural inadequacies, which is a hindrance to the realization of a liberal democracy.

As demonstrated above, the criminal justice system is inadequately staffed. In 2019, India’s unemployment rate was approximately 7% (which has now shot up to 23% in response to Covid-19 triggered economic recession). The first and most obvious remedy is to craft reforms that would necessitate the hire of more personnel – more police officers, battalions trained and deployed for specific crimes; more judges, longer hours, multiple shifts; more prisons. That said, this piece offers the more ‘surgical’ recommendations directed towards rectifying the faultlines of the ailing system.

The Indian police, the chief investigative agency, is understaffed and consequently overburdened. Functioning on Machiavelli’s ‘real power is fear’, there is a diminishing trust between the public functionary and the masses. Apathy is the norm, which has many a time turned into custodial violence, torture and death in the extreme. Reports indicate that less than 25% of Indians ‘highly’ trust the police.

The authority to legislate over, and otherwise govern the police, rests with the respective State Governments (and not the Central Government). Typically, State Government set up their own police academies, and train personnel for the duration, and based on the curriculum that they deem fit. The quality of these training programmes is textbook oriented, and usually not sufficient to sensitize the personnel for the tasks ahead. For instance, the Maharashtra Police Academy, Nashik, requires a Deputy Superintendent to undergo only approximately 6.67 hours of training on the constitutional framework, and 10 hours on human rights.

First, we need to strive for uniform curriculum of the highest standard across police academies. The Central Government had initiated the process to set up a Central Police University (CPU) in Noida. The CPU could offer the course structure, training manuals and material, which would form the base for the police training at the academies pan India.

Second, is to supplement this standardized curriculum with sensitization modules. Each State Government could engage well-established NGOs operating at the grassroots level in that state. NGOs offer the benefit of the intellectual capacity and specialized knowledge assimilated from their practical experience over the years. The sensitivity training thus imparted would be an inter-disciplinary approach to studying criminal justice, grounded in reality, as opposed to dry textbook learning. This would enable the police officers to display a greater sense of compassion and empathy towards the accused, victims and other civilians.

Third, is to respond to the mental health needs of the police. Given the emotional and physical demands of the job description, it is imperative that we institutionalize mental and physical wellness programmes for the police force. Not only would this be beneficial to the police themselves, but also enable them to serve the country better.

The Indian Police Foundation(IPF) is an independent think tank on policing and law enforcement. Given the IPF’s view of becoming the police’s professional institute, it could perhaps play a key role in institutionalizing the recommendations via the State Governments – it could consolidate the course structure for the CPU; identify the NGOs, engage them as part of the training programme; and arrange the mental health workshops/ camps/ sessions for the force.

More than 85% of the backlog of cases is at the district and subordinate courts. The goal is to clear the logjam, and ensure that no new pendencies are created. Rendering judgments (and clearing the logjam) is not a purely mechanical exercise; and even with each court operating at full strength of the bench, the delivery of justice will take fairly long.

Under the National Mission for Safety of Women, the government has planned to set up 1,023 Fast Track Special Courts (FTSCs) aimed at time-bound disposal of cases of crimes against women and sexual offences against children. The institution of specialized courts has been undertaken before, for instance, courts set up under the Terrorist and Disruptive Activities (Prevention), 1987 and under the Narcotic Drugs and Psychotropic Substances Act, 1985; and this is a welcome move.

It may be worthwhile to follow suit for other ‘categories’ of cases. For instance, FTSCs for crimes against scheduled castes and tribes can be set up in 20 chosen districts of Uttar Pradesh, Bihar, Madhya Pradesh and Rajasthan, which reported the highest number of caste-based crimes in 2018.

However, merely the mushrooming of specialised courts is not sufficient. While criticising the pendency at the court, it is important to account for the feeble investigations that lead to poor chargesheets, and subsequently prolonged investigations and/or unjustified acquittals. While uniform and substantive training (as recommended above) would certainly help, we need to take this a step further.

The recommendation is to set up an entire infrastructure, from the police to the courts, geared at eradicating that category of crimes. This police battalion would require specialized training – a combination of social education and practical learning, which would enable them to deconstruct social constructs such as gender and caste and overcome social biases and prejudices. This would take the process of justice closer to its inherent value of human dignity and equity. This consequently improved quality of investigation will turn the wheels of the delivery of justice in the courtroom.

Lastly, it is noteworthy that existing legislation contains provisions to limit the time taken in a court proceeding. For instance, the Code of Civil Procedure, 1908, imposes a limit of 3 adjournments; the Code of Criminal Procedure, 1973 prefers for ‘smaller’ offences and ‘simpler’ cases to be resolved through summary trials. These in-built mechanisms aimed at the speedy delivery of justice must be adhered to.

The news of jails becoming Covid-19 hotspots, owing to overcrowding, poor sanitation and generally squalid conditions, once again brought the need for prison reform under the scanner. Here, we offer two recommendations, to be operationalised simultaneously.

First, is the redistribution of the prisoner population. India has approximately 1,387 prisons and 4.6 lakh prisoners. While we appear to have the overall prison capacity, it is the bigger jails that are overcrowded. As per the data available with the National Crime Records Bureau the central jails are operating at 121% occupancy and district jails at 132%. In addition to building more jails, it is worthwhile to consider moving certain prisoners to other nearby jails with vacancies, pursuant to obtaining their consent.

Second – a short term measure – is the release of select prisoners. Of its total population, more than 3.15 lakh prisoners are under-trial prisoners. Overcrowding is primarily attributable to the disenfranchised poor under-trials, who are languishing in jail due to their inability to pay bail. The Government spends a considerable amount of the taxpayers’ money on keeping these individuals incarcerated.

In this background, it may be advisable to release those who are: on trial for petty crimes; and where it is apparent, that there would likely be no ‘real’ trial. A standing committee could be instituted to expeditiously undertake the process of identifying the contours of such a ‘Release Scheme’.

True, principles of criminal justice view an offence as a wrong against society, and not against another individual; and such a release would be contrary to these principles. That said, no value operates in a vacuum, and competing values exist. If we were to release select prisoners (and possibly annul the ongoing prosecutions), it may be a compromise of the values of the criminal justice system. However, in view of the ‘bigger picture’, a compromise on the prosecution of petty crimes can be trumped by improved quality of jails and more judicious use of public money.

A matter of old and recurring debate – the criminal justice system has seen a spate of reforms and recommendations. A lot has been said, and a fair bit already done. Take for instance, the most recent reform, digitization of courts (in view of the Covid-19 pandemic), which has significantly brought down the costs of litigation and increased the ease of filing paperwork.

Though well intended, attempts at reformation have often been too ambitious or vague; fragmented; or unenforced. The need of the hour is to identify the key areas of concern; engage the entities (NGOs or other private entities), which can deploy the resources – intellectual or human or monetary – to assist with the process.

The criminal justice system is an integral part of the democratic setup. Therefore, it is imperative that comprehensive steps are taken to make the system more effective. We have the requisite data, theory and the will. All we now need is a holistic and meticulous approach.

(Joysheel Shrivastava is a practising lawyer based out of Mumbai. Her research interests include international law, gender studies and human rights. Vishavjeet Chaudhary is a trained Barrister-at-Law and an Advocate. Views expressed are personal.)