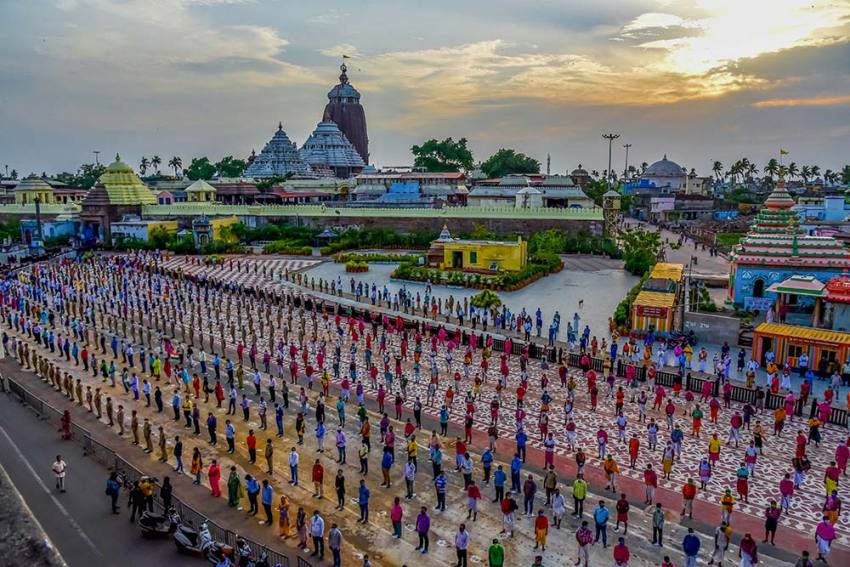 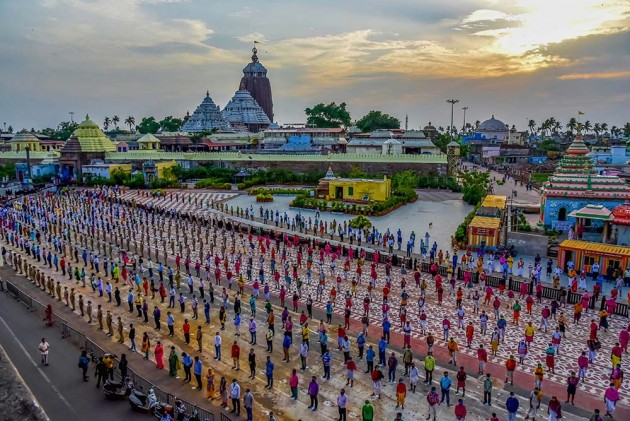 Last week, a group of servitors at the Jagannath temple in Puri staged a demonstration outside the shrine demanding reopening of their premises. They questioned the government’s rationale behind opening other public spaces while shutting them off.

Major religious shrines such as Tirupati and Siddhivinayak have been allowed to open their doors to devotees after the government announced relaxations of rules following the lockdown end-March.With the green signal, hundreds of devotees flocked to these shrines seeking divine intervention. Those who cried hoarse over the Tablighi Jamaat incident deflected questions about ‘Corona Jihad’ when it came to their own practices and adherence to social distancing protocols.Even as COVID-19 cases surged in temple towns, faith surged proportionately.

At the Jagannath temple, there has been no such luck.

Since the pandemic, over 350 servitors and 53 employees have tested positive and some have reportedly succumbed to the virus.The Orissa high court recently urged the state to open the temple in a phased manner. While the servitors and temple administration are divided on the shrine’s reopening in light of the popular NagarjunaVesh festival later this year, a more critical question has been lost in this noise: shouldn’t there be more reflection on the centuries-old rights of servitors that wedded them to a certain lifestyle and made them lose touch with the secular world?

A couple of years back, the Supreme Court proposed terminating the hereditary rights of over 2,000 priests, threatening a livelihood that depends almost entirely on donations. Over a plea that priests were harassing devotees for donations in lieu of blessings, this tradition was spotlighted, while the campaign for salaried priests appointed on grounds of merit gathered steam.

This proposal led to a major outcry from the hereditary priests who have been enmeshed in this ritualistic tradition for centuries. Not a ceremony steered by them is spontaneous, not a ritual out of tune. This ostentatious orchestra consisting of many parts has even conferred upon the temple the name “juggernaut.” It has sustained the priests and immortalized their services at the twelfth century shrine.

When I visited several servitors in Puri, my picture of the extractive priest and the torment of devotees shifted to a more humane understanding of their plight. Of the many homes I visited in the circuitous lanes around the temple, only a few were even managing to stay afloat. There was awareness in the community that an unforeseen event could push them below the poverty line.

For most servitors,the austere practices at the temple and the life around it have shaded them from the economic upheavals around the country. Even fears of being pushed below the poverty line have been supplanted by protection from the deity, donations, and colossal food offerings at the shrine.

Further, servitors’ faith that they are the living relatives of the deity has prevented them from augmenting their practical skills and education. Even though some have ventured into tourism and hospitality in recent times, the majority have remained oblivious to a fast-changing world.

While the chorus now is for template-style priesthood, the priests here have drawn succor from the ancient syncretic cult of Jagannath. Even though the deity has been incorporated into the brahmanical fold over the years, the servitors—drawn from across the caste hierarchy—have consistently believed in its ancient tribal roots. This faith has kept their hopes alive for a more eclectic society where caste alone does not determine inclusion within priestly ranks.

Since the outbreak of the pandemic, the servitors have been left in the dark about their future. With meagre government handouts, limited social support and uncertainty over tourism even in a Char Dham pilgrimage site, their fears about the viability of hereditary priesthood have escalated.

While the temple managing committee is in favour of online darshans to prevent another COVID-19 surge, the servitors want an end to their worsening economic conditions and social security.

The pandemic has possibly paved the way for a study of the inner world of temple servitors.There’s an urgent need for consideration of their ancient rituals learned by rote, as much as the need for priests to enhance their skills so as not to fall back on religion as their only source of sustenance or a mode of extraction. It could even spur the laity to see the servitors as ordinary people who aren’t single-mindedly driven by greed or power.

(PriyadarshiniSen is an Independent Journalist based in Delhi. She writes for India and US-based media. Views are personal)