Due to the fear of infection, social distancing might become a long term strategy for human survival and it may gradually transform into a social mode of Indian life. 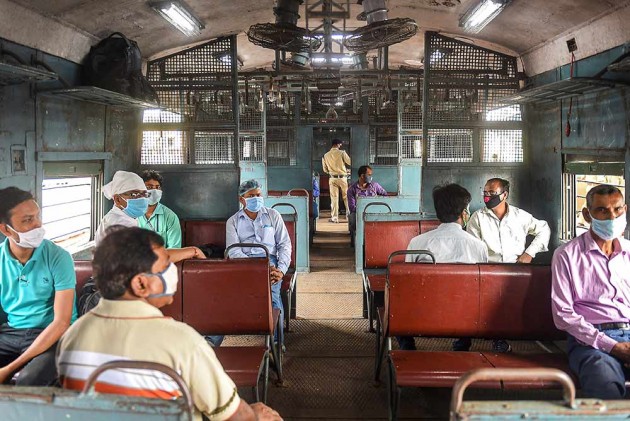 The Coronavirus pandemic is going to change the culture of politics in India -- it may evolve new categories and new identities. The sense of identity never dies in human society, it only mutates like a virus and changes its form. Caste and religion remained an influential mobilisational category in Indian politics since independence. In the decade of '90s, with India opening up the economy, other social categories like LGBTQ started acquiring a new voice. In a post-Coronavirus world, these identities may either be diluted or acquire new shapes and forms.

Due to the fear of infection, social distancing might become a long term strategy for human survival and it may gradually transform into a social mode of Indian life. It may enthuse a kind of social habit among us to perceive otherness, less at the level of caste and more at the level of 'biological body’. The social distance and untouchability this time may not be because of notions of social impurity. It may be a case of untouchability at a horizontal level, from one body to another body, and not at vertical level among high caste to low caste. The pandemic is going to turn many of us from a 'caste public’ to 'bio- public’ at least for some time.

The fear of getting sick, a lonely life and the danger of losing it will be at the core of our existential reality and identity at least for a few years. It may eradicate some of our primordial social habits and invent some new social attitudes. So various identities in the Indian society which derive ideological resources from caste system may mutate and acquire a new form. For instance, the Dalit issue may remain present in our society but it could possibly get clubbed with class categories such as the poor, the marginal and the vulnerable.

The pandemic has also exposed class differentiation-- the difference of life conditions between the have and have-nots, the house owner and the homeless became starkly visible. Joblessness, homelessness, economic incapacity have appeared as important indicators for determining the scale of vulnerability to the disease. The biological, virus-based and public health discourse is also visibly embedded with economic vulnerability. The voices of the subaltern and poor as an economic category may become more important in the debates of public health and politics in the future. It may no longer be a simple binary of Dalit versus non-Dalit debate when it comes to public health.

The economic slowdown is catastrophic in the Indian economy after the national lockdown. As a result, the political vocabulary may shift from 'caste' to ' class' while defining deprivation in a post-pandemic socio-political future. As we are encountering the changing modes of festivals and social functions like marriage, funerals and death rituals, public worship, some of these may stay well after the pandemic is over. Social exclusion based on caste may become less in public debates.

What we may also witness is a form of a conscious, careful and modified flow of migration from rural areas to the cities. This may be a bit slower due to the fear and invisible anxieties related to health. Wages may not be the only issue while hiring migrant labour, work environment and health security may also figure prominently during employer-employee negotiations. The growing political echoes around the migrant population may slowly transform them as a separate vote bank beyond their caste identities in future electoral politics.

The voices of the most marginal Dalit communities like sweepers, Doms and Dhangars will acquire new strength due to the growing importance of their occupation which is linked to sanitation and cleanliness. The public and political debates may address their growing deprivation in social and economic life more sharply in spite of their important role in maintaining sanitation, which this virus has shown is the most critical.

Most debates will be centred on the politics of 'medicalisation' and issues related to public health, medical resources and infrastructure, availability of effective and quick medical treatment and distribution of state fund towards this. The much-debated Article 21 of Indian Constitution, 'Right to Life and Personal Liberty', which also promises health security and dignified life to each and every citizen will form the texture of public discourse.

(The author is the director of G.B. Pant Social Science Institute, Allahabad. Views expressed are personal.)