'Will the CDS as Permanent Chairperson of Joint Chiefs of Staff Committee outrank the three service Chiefs even though theoretically all are four-star officers?' Congress MP Manish Tewari. 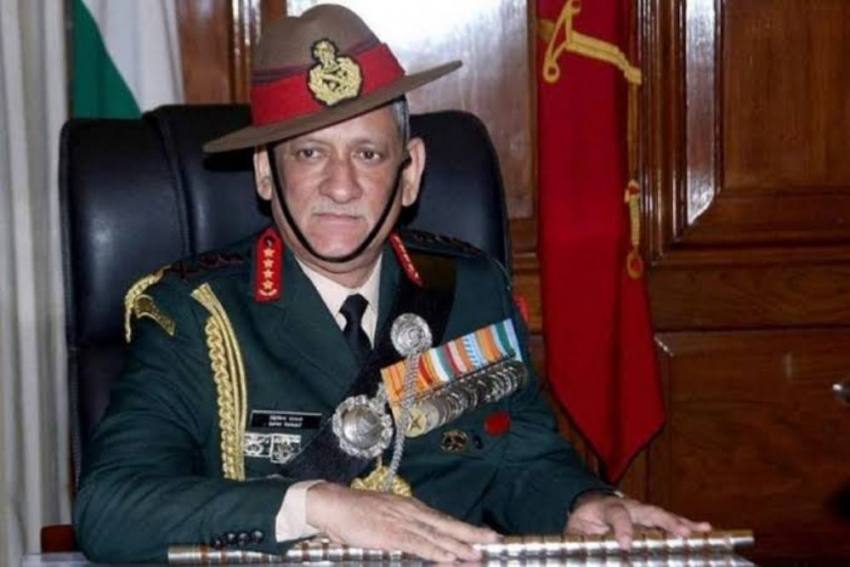 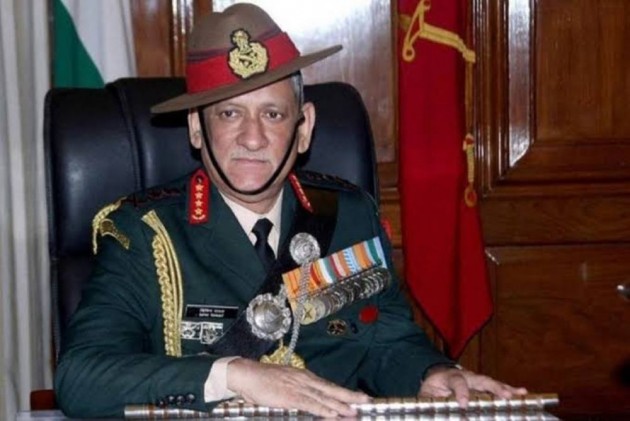 On December 30, 2019, the BJP-led NDA government announced the appointment of the first Chief of Defence Staff (CDS). With this appointment, a new institution has been created not only in the Ministry of Defence, but also in the Indian Republic.  This may well have Constitutional implications.

In order to fully appreciate the importance of this decision one needs to look at history.  Between 1861-1947, there were 20 Commanders-in-Chief of the Army in India or the British Indian Army as it was then called. The Headquarters of the Army in India -- AHQ India-- shifted to Delhi in 1911 when the capital moved from Calcutta to Delhi. During summer, some components of the headquarters would further move up to Shimla, concurrently with the colonial government as the imperialists could not stomach the Delhi heat.

At the commencement of the Second World War, the AHQ was re-designated as the General Headquarters –GHQ India Command. GHQ India remained in actuality up till August 15, 1947.  It was disbanded upon the partition of undivided India. A new headquarter of the Pakistan Army was formed out of the Northern Command of the Army in India, and a new headquarter of the Indian Army took over the HQ in Delhi. Field Marshal Auchinleck, the last Commander-in-Chief of the Army in India, was appointed as the Supreme Commander of the Army in India and Pakistan to transfer responsibilities to the new armies, and to organize the withdrawal of British Army units, former officers and men of the British Indian Army.

On August 15, 1947, both India and Pakistan assumed operational control over their respective Armed Forces. From August 15, Auchinleck was re-designated as the Supreme Commander in order to avoid abstruseness with the new Commanders-in-Chief of the two Dominion states. Vide the Joint Defence Council Order of August 11, 1947, Auchinleck was vested with limited authority. He had no responsibility for law and order or operational control over any units except those in transit from one Dominion to another. Even in the exercise of his limited authority he was dependent on co-operation of the two Dominions. Although he represented a legally constituted authority, his position was at best tenuous.

The office of the Supreme Commander attained quietus on December 1, 1947 upon the formal retirement of Field Marshal Auchinleck. Major General L. G. Whistler was appointed the General Officer Commanding British Troops in India in 1947 and remained in the saddle until the last British unit -- the 1 Battalion of the Somerset Light Infantry -Prince Albert’s --left on February 28, 1948. The 2nd Battalion -- The Black Watch -Royal Highland Regiment -- was the last British Army unit to leave Pakistan on February 26, 1948.

The position of the chief of the Indian Army was also known as Commander-in-Chief from 1947–1955. There were four officers who served in this position. However, in 1955, a conscious decision was taken by the government and this designation was renamed as the Chief of the Army Staff. General Rajendrasinhji Jadeja was the last Commander-in-Chief and the first Chief of the Army Staff  of the Indian Army.

It may be pertinent to note that while the Army Chief was called the Commander-in- Chief till 1955, the designation was limited to the Indian Army and Air force and the Navy continued to be headed by their respective commanders.

Sixty-four years later, on December 24, 2019, the Press Information Bureau (PIB) put out a press release about the Cabinet clearing the appointment of a CDS. The communiqué inter-alia stated: “The following areas will be dealt by the Department of Military Affairs headed by CDS: The Armed Forces of the Union, namely, the Army, the Navy and the Air Force. Integrated Headquarters of the Ministry of Defence comprising Army Headquarters, Naval Headquarters, Air Headquarters and Defence Staff Headquarters. The Territorial Army. Works relating to the Army, the Navy and the Air Force. Procurement exclusive to the Services except capital acquisitions, as per prevalent rules and procedures”.

It further read that “The Chief of Defence Staff, apart from being the head of the Department of Military Affairs, will also be the Permanent Chairman of the Chiefs of Staff Committee. He will act as the Principal Military Adviser to Raksha Mantri on all tri-Services matters. The three Chiefs will continue to advise RM on matters exclusively concerning their respective Services. CDS will not exercise any military command, including over the three Service Chiefs, so as to be able to provide impartial advice to the political leadership”.

Herein lies the contradiction. As Secretary to Government of India (GoI), in-charge of the Department of Military Affairs and having superintendence over the Army, Navy and Air Force, there would be an implied subordination of the three service chiefs to the CDS notwithstanding any declaration to the contrary. Moreover, the President of India is the Supreme Commander of the Armed Forces. Article 53 (2) of the Indian Constitution declares: “Without prejudice to the generality of the foregoing provision, the supreme command of the Defence Forces of the Union shall be vested in the President and the exercise thereof shall be regulated by law”.  What then would the position of the CDS be qua the Supreme Commander – the President of India? There are also other questions that need to be looked at.

What will be the position of CDS qua the Defence Secretary? Would the Defence Secretary, in terms of Rule eleven of Transaction of Business Rules, continue to be the administrative head of the Defence Ministry? What is the remit/ mandate  of the proposed Department of Military Affairs? Would the CDS override the Service Chiefs with regard to operational command and control of tri-service agencies and organizations. And finally, what are the implications of the appointment of a CDS for Civil Military Relations? The last part is profoundly serious, for the singular success of India going back to 1947 has been the supremacy of the civilian leadership over the Military even in military matters.

For all the reasons that have been articulated by the Kargil Review Committee, Group of Ministers that went into the report of the Review Committee to make its own recommendations, and subsequently the Naresh Chandra Committee , all of whom looked at higher Defence Management issues, there still remain a lot of grey areas as far as the institution of the Chief of Defence Staff is concerned. Are we down another portentous path?

(The author is a lawyer, MP, Member of the Parliamentary Consultative Committee on Defence, and former Information and Broadcasting Minister, GoI. Views expressed are personal.)