NRIs are largely seen as rabid supporters of right-wing Hindutva, but there is another category of them who like to see themselves as having made the likes of Narendra Modi into a political pariah abroad 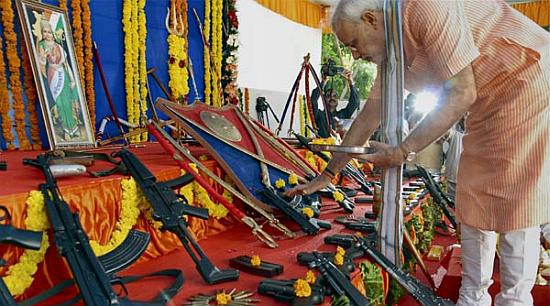 In the United States, Indian Americans are often seen as a highly educated, tech savvy, upwardly mobile, wealthy minority along the lines of other "model minorities", such as the Asian Americans and Jews. Like other immigrant groups, most Indian-Americans have been happy to be apolitical high achievers inhabiting upscale suburbs from coast to coast.

Of those politically active NRIs within American politics, in the past, almost all seemed to confine themselves to three broad areas: uncritical support to India’s security concerns involving China and Pakistan, US-India economic ties, and issues involving Indian Americans within the United States.

For example, the US India Political Action Committee, (USINPAC), consciously modelled after American Israeli Political Action Committee (AIPAC), is the apex organization formally established in 2002, dedicated to providing uncritical support to India’s foreign policies and furthering of Indo-US economic ties. It has never concerned itself with India’s domestic issues.

However, there are NRIs who do concern themselves with India’s domestic issues. Two obvious examples are some of the Kashmiri and Sikh groups actively, and often successfully, influencing US legislation and state policies on Punjab and Kashmir.

Leaving aside these two exceptional and regional groups, advocating extra-Constitutional solutions, a third group of politically conscious NRIs has emerged, particularly after the 2002 carnage in Gujarat. They are increasingly visible as a critical voice in India’s domestic politics, leveraging public opinion, US legislators, and even the executive branch of the government, particularly the Department of State.

Among these politically conscious NRIs who want to influence policy outcomes in India are academics, journalists, community activists working in conjunction not just within the diaspora Indians but also Americans of a diverse set of political and social agendas. These individuals and organizations have built coalitions, alliances and networks based on a vision of India that is democratic, decentralized, secular, pluralistic, and gender just. They lay a high emphasis on economic and social justice along with accountability.

There is as yet no well-funded, central organization along the lines of USINPAC, nor do these NRIs focus only on US government to the exclusion of other states involved in relations with India. Informal organization, shoe-string budgets, uncertain funding, and loose coalitions characterize these organizations and individuals who represent a new breed of NRI activism. But they are digitally connected --  within United States, within India and everywhere else. New technologies have created and connected communities out of a world divided by space and time.

For starters, note some of the recent successful lobbying efforts:

In March 2005, the new breed of US NRIs successfully persuaded the US State Department to revoke visa to Narendra Modi, the pogrom-tainted Gujarat chief minister. The visa revocation sent shock waves into the Gujarati Vaishyas, Modi’s staunch supporters, now chastened, are beginning to see Modi as bad for business. In August 2008, the US State Department confirmed in a letter to Congresswoman Betty McCollum (D-MN), that Modi remains persona non grata despite lapse of time since the pogrom of 2002.

In November 2007, a group of over one hundred professors at leading American universities led by an Indian academic at Massachusetts Institute of Technology wrote to World Economic Forum in Geneva asking it not to invite Narendra Modi to its forum in Davos, Switzerland. The professors’ campaign was based on press reports citing Gujarat government chief secretary’s claim that WEF had invited Modi. In response to the professors’ petition, the WEF officially denied it ever invited the chief minister.

In May 2009, numerous NRI groups with the full support of Amnesty International and Human Rights Watch brought immense political pressure, backed by an impressive array of medical practitioners and academics, to force the Chhattisgarh government to release Dr. Binayak Sen, the physician-turned human rights activist who was jailed in Bilaspur.

In August 2009, the United States International Commission on International Religious Freedom, a federally-funded organization placed India on its Watch List of countries where there is absence of religious freedom. This was a sequel to legislations in various Indian states curbing freedom of faith. The Watch List, developed with input from a broad spectrum of NRI opinion, effectively bracketed India with habitual offenders of religious freedom such as Afghanistan, Saudi Arabia and China.

In September 2009, following public criticism, the ‘FDI Asian Personality of the Year’ awards by FDI Magazine of the Financial Times group given to Narendra Modi was withdrawn; instead the award went to Gujarat state.

At the same time in September 2009, a group consisting of 21 members of US House of Representatives, wrote to Orissa Chief Minister Navin Patnaik expressing deep concern about the violence against Christians and calling for immediate end to restrictions on religious freedom and to bring perpetrators of violence to justice.

In October 2009, US and France-based activists launched a web campaign asking the Sultanate of Oman to rescind an invitation that a minister of that country had given to Narendra Modi. The Oman Embassy in New Delhi, fearful of adverse publicity for hosting a pogrom-tainted politician, took unprecedented action by purchasing commercial space in two New Delhi-based Indian newspapers disassociating itself with the invitation, thus effectively slamming the door against Modi’s entry into Muscat. Stung by the rebuff, the BJP spokesman was reduced to calling the ad “ in bad taste”.

In November 2009, Jagdish Tytler, Congress politician accused in the 1984 pogrom of Sikhs was dropped out of a delegation to Britain fearing arrest by Scotland Yard. A British MP had merely asked that such an action be taken by Scotland Yard at the behest of his Indian constituents.

While this sounds like a series of successes, there have been failures too: In September 2006, RSS spokesman Ram Madhav met US State Department officials despite NRIs protest, though the US government was careful to say that the meeting did not amount to an endorsement of RSS’s hate ideology. While the new breed of NRIs succeeded in preventing Sadhvi Rithambra, the hate mongering ascetic from speaking from the official platform of a Florida town hall in 2007, the NRI’s failed to persuade some Gujarati temples from inviting her again in 2009.

What does the new political mobilization of NRIs in general, and in the United States in particular, portend for India’s domestic issues?

Long dismissed as Not Relevant Indians, the NRIs now are highly relevant for Indian domestic political issues. The era of old-fashioned “patriotic” lobbying for anything Indian--regardless of what some politicians do as represented by USINPAC--is over. The series of rebuffs to Modi ruined his political career outside Gujarat and if he remains caged in Ahmadabad, it is likely that business savvy Gujarati corporate community will begin to see him as a political liability to be shed as soon as possible. Controversial politicians and good business are bad combinations.

The NRIs’ political mobilization, despite its short life, has cast a long shadow on Indian domestic politics. To the politicians who thought they will remain immune from critical scrutiny of an alert public opinion among overseas Indians, there is bad news. You are under the radar. For those who want informed input for introducing accountability in Indian political system, this may be the trend they were hoping for.

As Modi begins to pack his suit cases for a trip to an obscure province in Indonesia, there are already attempts across the world asking Jakarta to fall in line with world public opinion. If Indonesia rescinds the invitation that the South Sulawesi Governor gave to Modi, will it unpack Modi’s suit cases for ever? The fear of a law suit and arrest in Britain prompted Jagdish Tytler, the Congress politician involved in the Sikhs’ pogrom in 1984, to drop out of a delegation to Britain.  Modi may not necessarily meet the same fate, given Indonesia’s general indifference to India’s domestic issues, but the Indonesian government may not want to be the one to welcome a political pariah.

Hyderabad-born, MIT-based Omar Khalidi is the author of Muslims in Indian Economy, and Khaki and Ethnic Violence in India