With respect to Dalit issues, the alleged differences between right, left and centre that matter so much to elite politics are quite meaningless. 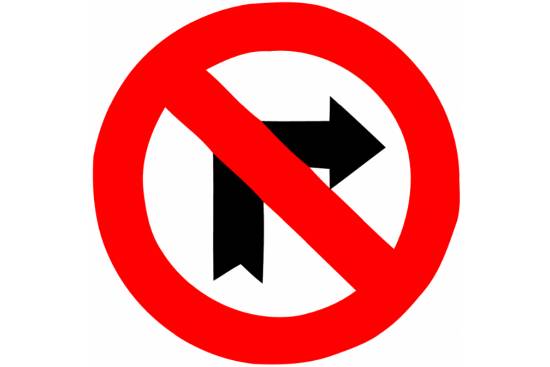 A recently published opinion piece in The Hindu by Ajay Gudavarthy argued that Dalit politics today is taking a ‘rightward shift’. Scholars commenting on the questions of caste, Dalits and subaltern groups in general have always been tempted to make generalised claims based on theoretically convenient assumptions rather than empirical evidence. In recent years, liberal and left scholars have also developed a tendency to delegitimise the entire Dalit movement and politics on the basis of assumptions rather than strong empirical evidence. They have at times ended up supporting the Brahmanical propaganda carried out by the Sangh Parivar whose various outfits are desperately trying to incorporate Dalits into their Hindutva agenda. The current claim of rightward shift in Dalit politics also broadly falls in this category.

To examine the claim of rightward shift in Dalit politics, it is important to begin with the description of “right” and then look at the empirical reality. The right in India, as elsewhere, is associated with religious conservatism and withdrawal of the state from the economic arena. Secondly, it refers to those who uphold the Brahmanical social order and support caste system which continues to treat a section of the human population as untouchables. Thirdly, it is extremely averse to reservation policies that were in put in place as corrective measures against discrimination faced by Dalits. Lastly, the right— and specifically the Hindutva outfits— is associated with an extreme intolerance towards religious minorities such as Muslims and Christians.

The claim begins by referring to the involvement of Dalits in anti-Muslim riots in Uttar Pradesh. Brahmanical forces led by the RSS-BJP too trumpeted such claims during the 2002 anti-Muslim pogroms of Ahmedabad. These claims have been refuted by a thorough examination of the 2002 Ahmedabad riots by Raheel Dhattiwala and Michael Biggs in their paper The Political Logic of Ethnic Violence: The Anti-Muslim Pogrom in Gujarat, 2002 that was published in Politics and Society. Their study shows that, in contrast to the view propagated by the RSS-BJP, places with higher proportion of Dalits and tribals such as Tharad (25%) or Jhalod (47%) experienced fewer killings during the 2002 violence. And killings were more likely in places such as Visnagar and Himmatnagar where the proportion of Dalits and tribals was fewer (5 and 3 percent respectively) in comparison with the total population. It is also important to note the case of Ram-Rahim Nagar in Ahmedabad which is celebrated for being the most peaceful “Hindu-Muslim” neighbourhood at the height of anti-Muslim pogrom in 2002. In Ram-Rahim Nagar, Muslims constitute about 60 percent and the rest of the population is predominantly Dalits— a fact which gets overlooked because caste composition of the “Hindus” is rarely talked about. One can argue that since Ram-Rahim Nagar became a symbol of peaceful co-existence between Dalits and Muslims at the height of anti-Muslim violence in Ahmedabad it became important for the RSS-BJP to propagate that Dalits too actively participated in the pogroms. There is certainly no disagreement that due to the constant efforts by the Sangh Parivar to Hinduise Dalits and tribals a few of them may have participated in the anti-Muslim riots. However, to treat this information uncritically only lends strength to a misrepresentation put forth by the RSS-BJP.

Recent years have indeed witnessed political parties with Dalit mass base entering into alliances with right-wing political parties such as the Shiv Sena and the BJP. An opportunistic alliance during elections is a common feature in India. But it is too simplistic to argue that just because a few opportunists have gone into an electoral arrangement with the Shiv Sena and the BJP, this has resulted in the entire Dalit movement and politics endorsing the right-wing ideology. Also, one must note that opportunism by leaders from marginalised groups such as Dalits, tribals and Muslims is not a new phenomenon. Kanshi Ram has famously termed such opportunists as Chamchas (stooges) whom one can find in all mainstream political parties that support Dalit issues or claims of marginalised groups merely at the level of rhetoric. The onset of globalisation has resulted in scholars making claims for weakening of the social institutions such as caste. Again, those who have made such claims have rarely tested these claims empirically. Thanks to an excellent study carried out by a team of researchers led by Sukhdeo Thorat and Katherine Newman this claim has been put to test. The findings of this study that was published in the book titled Blocked by Caste demonstrates that even highly qualified Dalits and Muslims face discrimination in the urban labour market.

In the last few years the media and some North-American based scholars have become obsessed with Dalits entrepreneurs - however unrepresentative they may be. The space given to Dalit entrepreneurs by the media as well as the state must be understood in the backdrop of the neo-liberal turn the Indian state undertook more than two decades ago. Under the current neo-liberal dispensations the Indian state expects its citizens to be ‘self-employed’ as it has given up the commitment to provide secured employment. This change in state’s approach had major implications for Dalits as a section of them benefitted from the public sector employment. The declining jobs in the public sector employment for Dalits who continue to face discrimination in the labour market led the state to pass the legislation on reservation in private sector. The business houses opposed reservation in the private sector. It is precisely because of this reason that the Indian state sought refuge in highlighting Dalit entrepreneurs in order to divert the attention away from the issue of reservation in private sector.

On most Dalit questions political parties from the Right and Centre to the Left have displayed right-wing tendencies. The right such as RSS-BJP and Shiv Sena has always opposed claims made by Dalits. Centrists such as the Congress have rhetorically supported the Dalit question but failed to implement reservation policies, control caste based atrocities and address discrimination and violence against Muslims. The Left too has remained indifferent to the Dalit question and their record too is abysmal when it comes to implementing reservation and providing representation to marginalised groups. They have invisiblised the caste question by insisting, until recently, that “class” is the only relevant category of social analysis. Even now, the support for Dalit cause is more due to electoral compulsions. Stéphanie Tawa Lama-Rewal’s study on the social profile of West Bengal MLAs over the last 50 years demonstrates consistent overrepresentation of upper-castes. It shows that West Bengal is the only state in India where the percentage of upper castes MLAs has increased from 38 per cent in 1972 to 50 per cent in 1996. The 34 years of uninterrupted Left front ruled West Bengal also failed to get rid of manual scavenging which is a caste-ordained practice of handling human waste. The state has 140,471 dry latrines which second largest number in India. Dalit movement has to constantly fight against the right wing politics led by the RSS-BJP as well as the right wing tendencies that are displayed by the Centre and the Left. Given this reality, it makes even less sense to say Dalit movements and politics are experiencing a rightward shift. With respect to Dalit issues, the alleged differences between right, left and centre that matter so much to elite politics are quite meaningless.