People are protesting against the current interim government at the football stadiums. 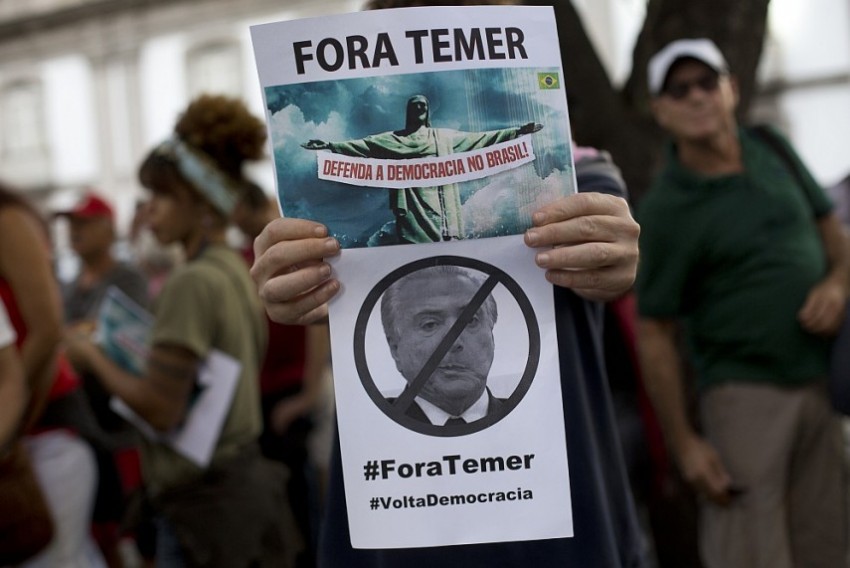 A protesters holds a sign that reads in Portuguese "Temer Out," "Defend the Democracy in Brazil" during a protest against acting President Michel Temer in Rio de Janeiro, Brazil.
File-AP Photo/Silvia Izquierdo
Shobhan Saxena 2016-08-10T10:24:53+05:30 No More 'Political Repression' at Rio Games 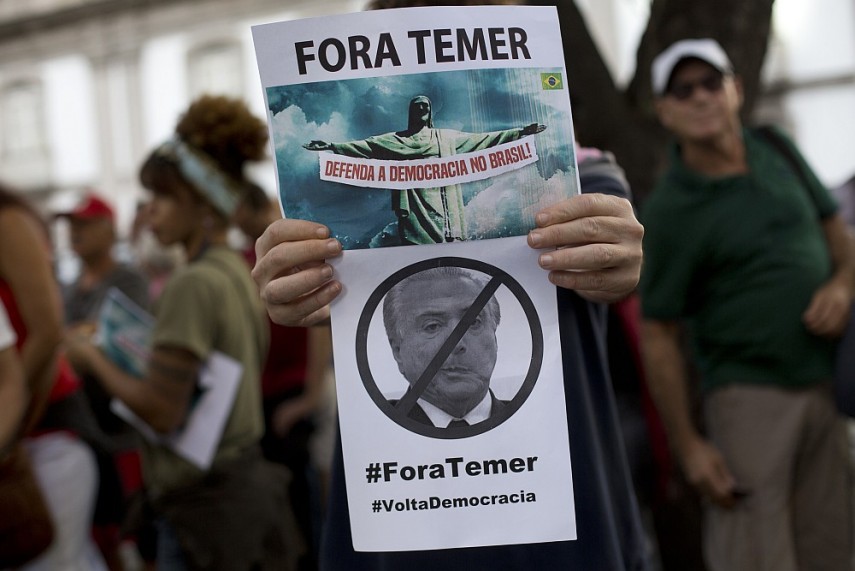 The TV cameras have been fixed on superb-looking athletes competing with each other to break the old Olympic records and set new ones, but away from the glare of cameras a lot has been happening in the arenas. In just three days since the opening of Rio 2016, at least two spectators have been removed from their seats or expelled from stadiums because they called for the ouster of Brazil’s interim President Michel Temer.

While the live TV feed ignored the scene of a man being taken out of the stadium by at least five policemen, the incident was captured on mobile phones, circulated on social media and were widely condemned across the country and different parts of the world. Another similar incident too went viral on social media in Brazil, where the interim president remains a deeply unpopular and divisive figure with more than 60% of the population wanting him to quit.

At the opening ceremony and at several venues across the country, a number of fans have displayed placards and banners of 'Fora Temer' (Temer, Out) even at the risk of inviting the wrath of police. Despite the heavy-handed handling of peaceful protests at the Olympic venues, more and more people have been getting angry. 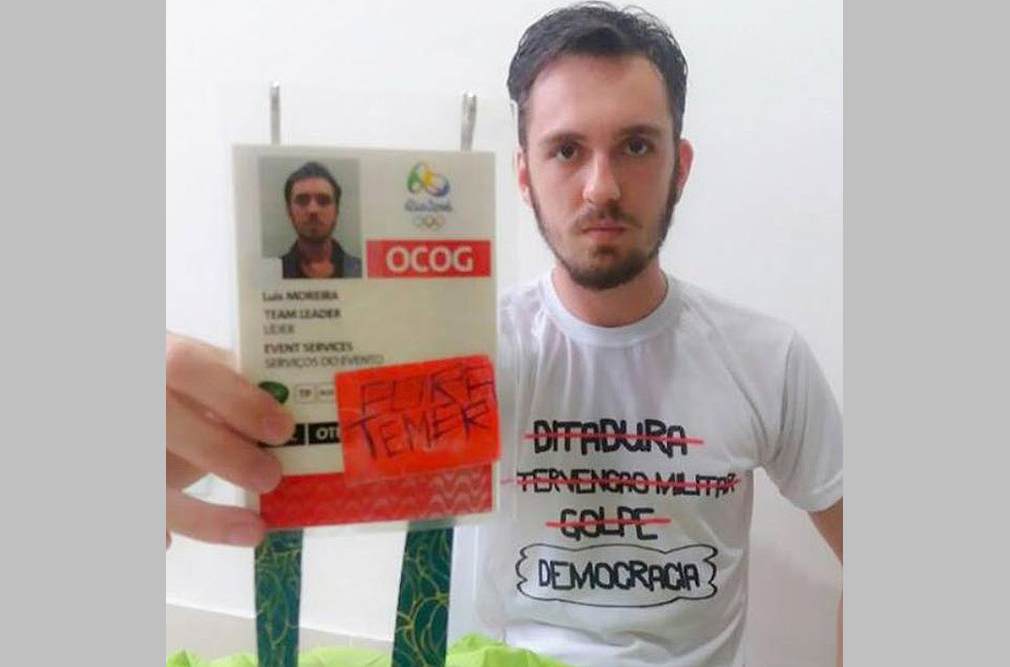 On Sunday, a volunteer at the games decided to leave the Olympics to protest the position of the International Olympic Committee (IOC) and the Organizing Committee on not allowing any political slogan in sports arenas. Luis Moreira, 26, posted a photo on his Facebook account, declaring that he was leaving his position. In Belo Horozonte, the capital of state of Minas Gerais, a large number of people raised a huge banner in support of democracy as a chant of 'Fora Temer' rippled through the stadium during a football game.

These demonstrations have embarrassed the interim government of Michel Temer, who is trying to project a pro-business image of his government and is seen by many as using the games to strengthen his grip on power.

The police have been allowed to kick people out of the stadium as the Organising Committee says it does not allow political and religious events because they think it divides people and can also distract the athletes. Also a new Brazilian law, enacted in May, prohibits any kind of political activity in the arenas. 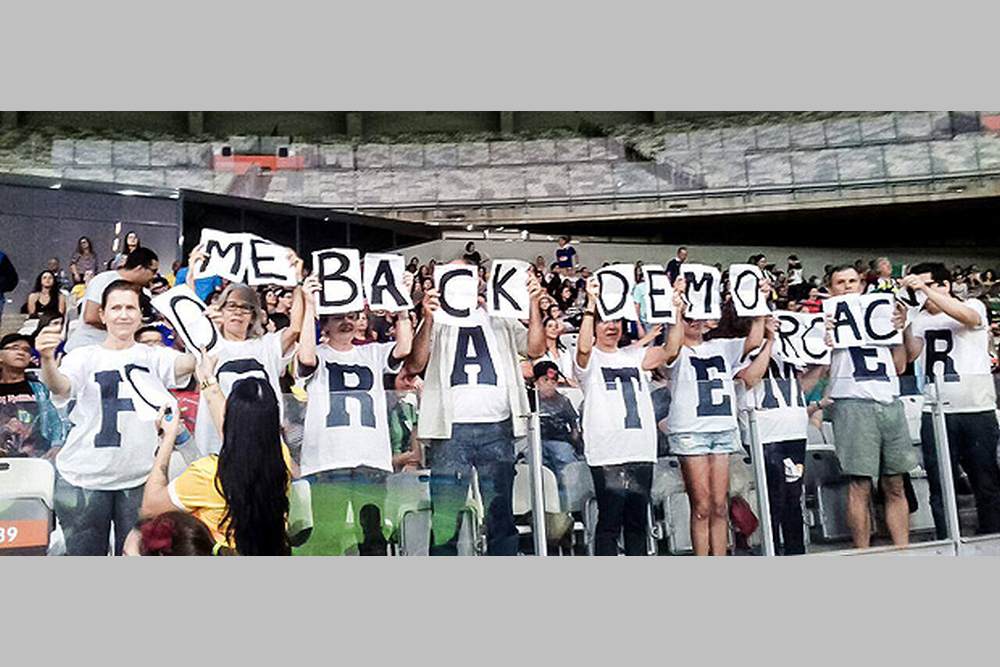 But in a landmark judgment on Monday, a federal deputy judge asked the federal, the state of Rio de Janeiro and Rio 2016 to 'refrain immediately' from 'repressing any kind of peaceful demonstrations of a political nature' at the global games. The judge upheld a plea which challenged the position of the Rio 2016 Committee to prevent and expel from the arenas any person who displays posters or wear clothes with political slogans sentences. In its order, the judge imposed fine of R$10,000 for each act that violates the decision.

No doubt, there could a surge in 'Fora Temer' placards at several venues, much to the embarrassment of the interim president who booed by the crowd at the opening ceremony as well.

Too Many False Alarms, Too Much Fear