Nilotpal Always Said Assam Will Know Him One Day, But Didn't Expect It This Way: Lynching Victim’s Russian Girlfriend 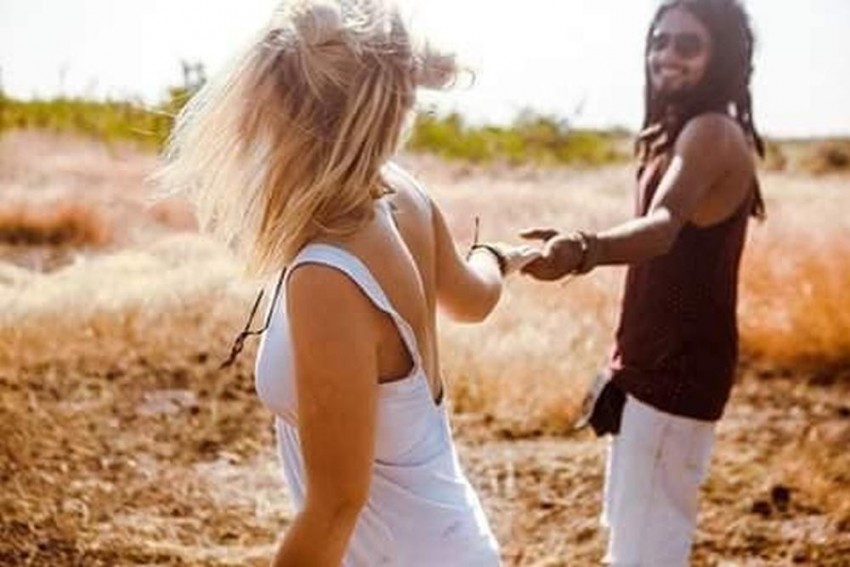 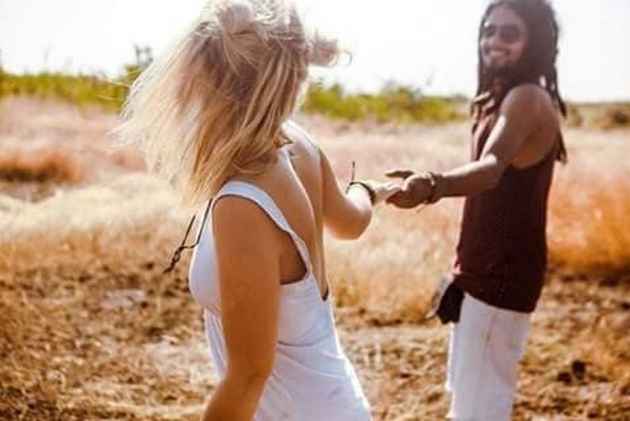 A photograph of Russian national Ellene Lemonade, 28, holding a placard seeking justice for Nilotpal Das and Abhijeet Nath – two friends who were lynched by a 200-strong mob on suspicion of being child-lifters in Assam’s Karbi Anglong – had captured the imagination of India recently. While thousands came out in support of the woman and took part in a cross-border social media campaign demanding fast-track trial in the case, a section of netizens vigorously trolled Ellene for coming forward as Das’s girlfriend.

Speaking to Outlook almost a fortnight later, her first interview to any Indian media group, Ellene opens up about her relationship with Das.

“Yes, we lived together...Nel (Nilotpal) was the sweetest person I knew. He was a very shy guy, and there was a lot of innocence and purity in him… Just as there were some genuinely concerned people who were messaging me, the way some people, who had different motives, bombarded me with messages for unwanted reasons was really disrespectful, not just towards me, but also towards the entire situation,” Ellene says in her email response.

Das (29), a sound engineer, and Abhijeet Nath (30), a businessman, were attacked and killed by a group of villagers when they had gone to the Kangthilangso waterfalls in Karbi Anglong on June 8. A musician specialising in traditional percussion and woodwind instruments, Das had set up a company in Goa that specialised in multi-dimensional psychedelic art installations and visual landscapes for dance floors at party events. But it was his love for nature that took him to different parts of the country. In April, Das successfully completed his solo bike ride from Goa to Guwahati, covering 5,300 km, on the occasion of Assamese festival Bihu.

“Nel used to keep on saying that one day all of Assam will know him…He did not know that his wish would come true in such a manner. Nobody had expected this. I’m still trying so hard to understand and accept what has happened. It is so hard to believe that I will never hear his voice again,” says Ellene, who works as a photographer in Moscow.

Recollecting her first encounter with Das in Himachal Pradesh’s Kasol in 2014, she says: “We met by chance. Nel, together with his friends, lived on the floor above me at a guesthouse. I gradually became friends with them. Our relationship started very slowly… (Over the years) he became my soul mate. We have always had a very deep and strong connection.

“He taught me to smile in the most difficult of situations…Together, we climbed mountains, looked at the stars, shouted at waterfalls, laughed, danced and loved.” 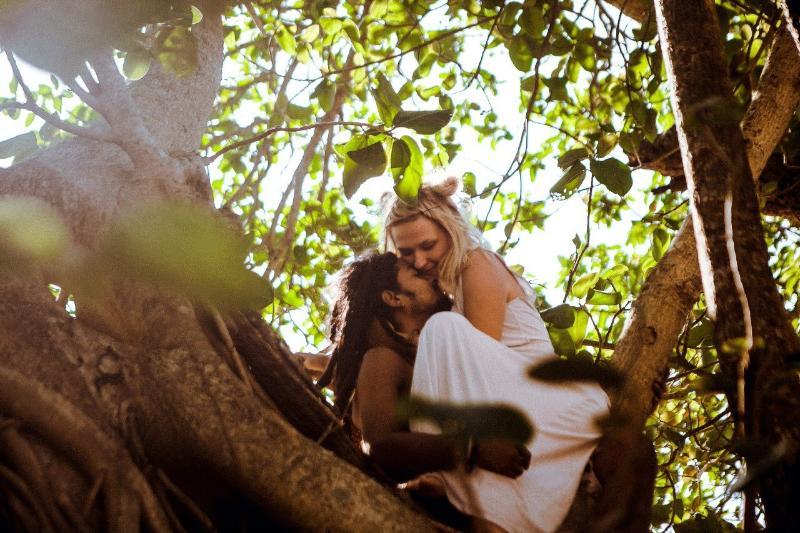 Last year, Das and Aditya Dikshit, co-founder of their company, had visited Russia after they were invited to cook Indian cuisine at a famous music festival.

“Yes, Nilotpal was also an incredible cook! In fact, for me it was his best talent. I once again fell in love with him after seeing how he interacted with the people of my country. In no time, Nel and Aditya became part of our family,” she says. This was the last time Ellene had met Das.

Days before going to Karbi Anglong, Das had told Ellene about his sheer joy at being back with his family. He had even asked her to join him in Assam.

READ ALSO: Karbi Anglong Lynching: 'This Is Not The Assam I Know'

The next thing that Ellene heard was about the horrific death of Das and Nath. The incident not only rocked the nation but also came as a shock for the international community, especially Das’s Russian friends.

The social media campaign for justice for Das and Nath has received an overwhelming response in Russia. More than 1.30 lakh people, from Russia and other parts of the world, have joined Ellene’s campaign so far. But along with support has come a fear to travel to India.

“I have been coming to India since 2012 and have stayed for long periods at different places. It had become my second motherland... But since last year, I have been hearing a lot of news about lynching cases over rumours, but never had a personal brush with this kind of reality until now… With what I am seeing and getting to know (from my friends in India), I don’t feel safe about coming back to India anymore,” she says from Moscow. 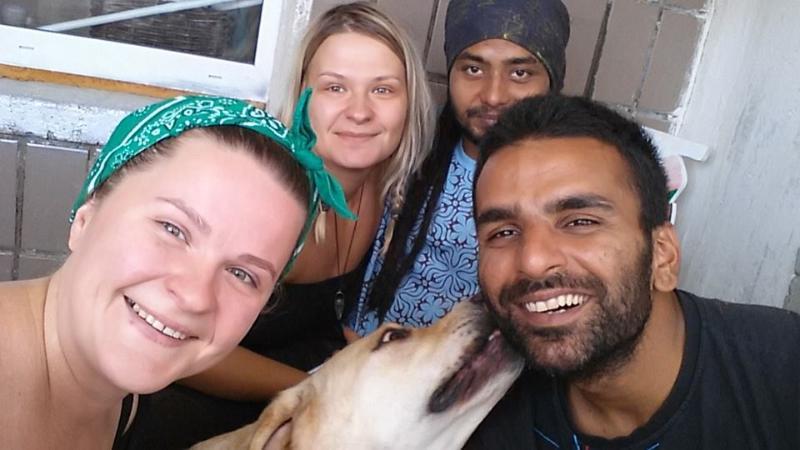 According to her, the Indian government should make better laws for the safety of its citizens. “How can they ask tourists to come to India when people are getting killed in their own homeland? People cannot behave like this in 2018. When the world is moving forward, it seems India is going backwards,” says Ellene, who pledges to continue her campaign till the culprits are brought to justice.

In a video, which had gone viral on social media, Das was seen pleading before his attackers that he was an Assamese and from Guwahati. “Don’t kill me…please don’t beat me. I am an Assamese. Believe me, I am speaking the truth. My father’s name is Gopal Chandra Das and mother’s name is Radhika Das…please let me go.” These were Das’s last words before he was killed. Nath, who hailed from Six Mile area in Guwahati, was also thrashed to death. 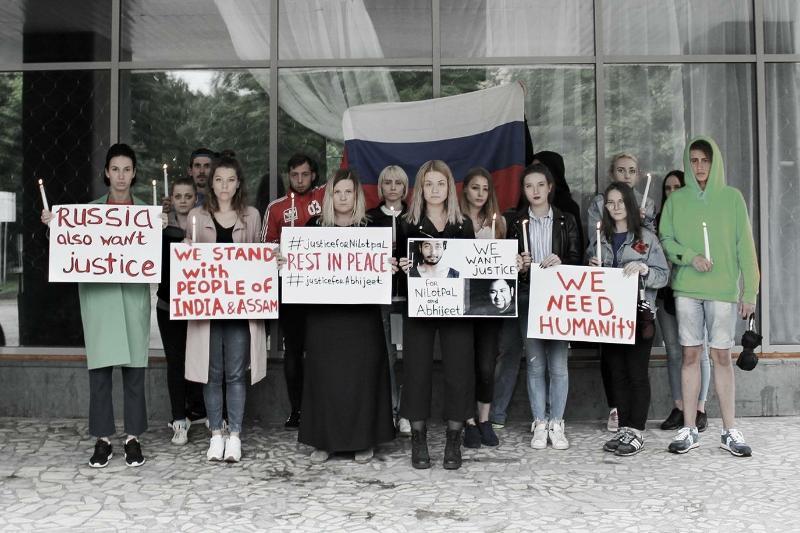 Under massive public pressure, Assam Chief Minister Sarbananda Sonowal has assured the victims’ parents that he would request the chief justice of the Gauhati High Court to fast-track the trial. Their fathers, Ajit Kumar Nath and Gopal Chandra Das, called on the chief minister on Tuesday evening and submitted a petition demanding maximum punishment for the culprits.