It was India which started the trend. The new map may be Islamabad’s response to India’s action in October 2019 when New Delhi issued a new political map showing POK and the Gilgit-Baltistan area of Pakistan inside Indian territory. 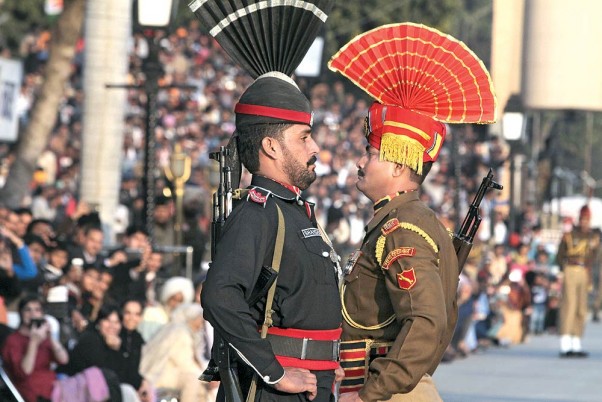 Redrawing international borders and publishing fantasy maps has become the latest political fad in South Asia. First it was India, then Nepal and now Pakistan.

Pakistan unveiled a new map on Tuesday that showed Jammu and Kashmir, Ladakh as well as some areas of Gujarat within its territory. Explaining his government’s move, Imran Khan said: “This political map of Pakistan, which we are unveiling to the world, firstly represents the desires of the Pakistani people, and the principled stance of the people of Kashmir, and rejects the illegal step India took on August 5 last year.”

But it was India which started the trend. The new map may be Islamabad’s response to India’s action in October 2019. After the division of Kashmir, India had to issue a new political map where the changes were reflected. While doing so, the Indian map included both POK and the Gilgit-Baltistan area of Pakistan inside its territory.

Islamabad may just be playing the usual tit-for-tat game which had defined relations between South Asia’s two hostile neighbours.

Last August, Pakistani Prime Minister Khan led the charge against India. Islamabad went into diplomatic overdrive, sending out envoys to European and Arab capitals to talk of India’s “unfair treatment of Kashmiris”. Khan promised the people of Kashmir that he would be their voice and campaign for their rights across the world as well at the UN, till their rights were “restored”. However, the world community did not pay much heed and New Delhi was able in those early months to convince the rest of the world that this was India’s internal matter.

While the abrogation of Article 370 itself was not questioned, what troubled many countries was the denial of internet access to people of Kashmir and the restrictions on free movement and arbitrary arrests of political leaders. Besides resolutions by the Organisation of Islamic Cooperation not much damage was done. China raised it at the UNSC, but that was again at a closed-door meeting, with little impact.

Prime Minister Khan’s latest move has played out well domestically, where there is a lot of support for the “Kashmiri cause”. The PTI government, which has little to show as achievement during its rule, is being appreciated for this move. In actual fact, it means little, because the international community will not endorse it. It is more to do with play-acting rather than anything substantial. The Indian Ministry of External Affairs has trashed it as “an exercise in political absurdity”.

But Pakistani citizens are applauding Khan. “PM Imran Khan has unveiled a new political map of Pakistan, integrating Indian Illegally Occupied Jammu and Kashmir (IIOJ&K) in the country’s map for the first time in history. Appreciated to GOP, Huge step its giant leap toward the integration of Kashmir into Pak land,” reads a tweet.

In June this year, it was Nepal which issued a new map. Areas India claims as its own including Kalapani, Lipulkeh and Limpiyadhura were included inside Nepal’s political boundary. Prime Minister KP Sharma Oli got the Nepalese Parliament to endorse the map and won brownie points against his party rivals who wished to throw him out of office.

Much of the redrawing of political boundaries is a meaningless exercise. It becomes a problem only when it degenerates into a military confrontation for territory.

‘I Might Have Sinned In My Previous Life’: Sakshi Maharaj On Not Being Invited To Ram Mandir Bhoomi Pujan