Never Scared Of Getting Hit For Sixes: Kuldeep Yadav

Kuldeep shone the brightest in India's eight-wicket triumph over England in the first T20 International last night, grabbing five for a 24 in a match-winning spell. 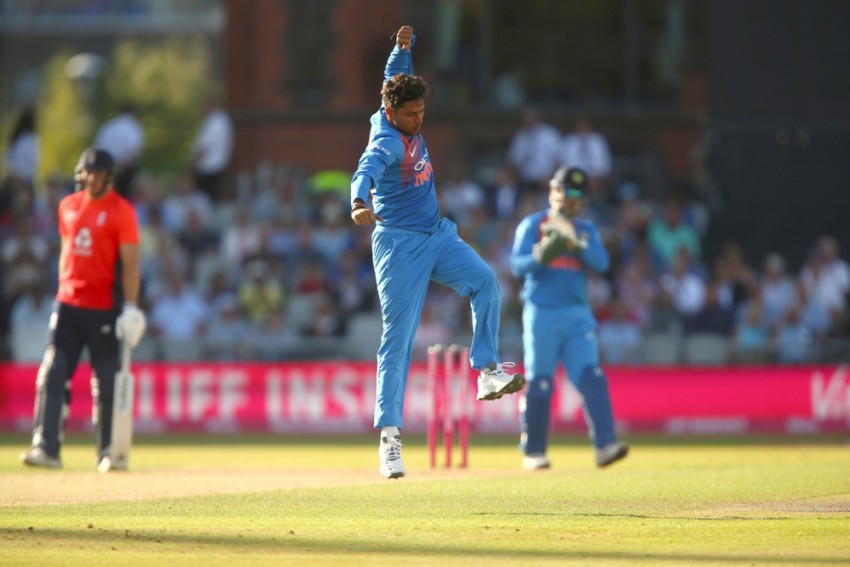 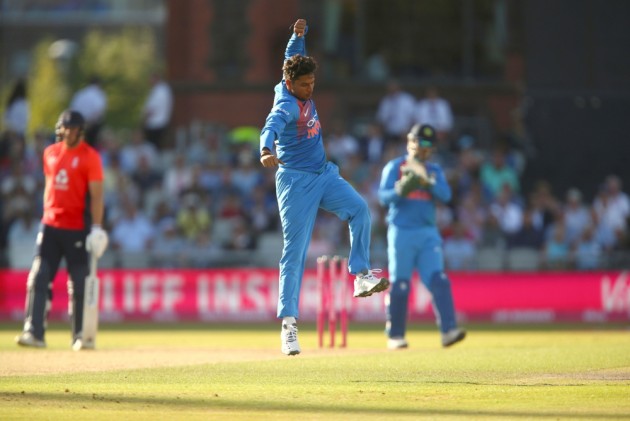 Indian wrist-spinner Kuldeep Yadav says he never really gets perturbed when his deliveries are hit for sixes as a childhood drill has conditioned him well to deal with the pressure of bad spells.

Kuldeep shone the brightest in India's eight-wicket triumph over England in the first T20 International last night, grabbing five for a 24 in a match-winning spell.

India rode on Kuldeep's guile and KL Rahul's 101 off 54 balls to take a 1-0 lead in the three-match series.

"When I started playing cricket, my coach Kapil Pandey would make me bowl such that the batsmen hit me for sixes. I used to practice getting hit for sixes to understand how it happens in a real game.

"I don't feel the pressure. That is something I have learnt very early on, and today I am not scared of getting hit," said Kuldeep after his impressive haul.

Kuldeep also spoke about the basics that need to be done right.

"If you want to take wickets, you need to turn the ball. If the ball isn't turning or drifting, then a spinner is not a spinner," he said.

"If a spinner takes 4-5 wickets in a T20 game, then your team gets the advantage. Whatever I have learnt in childhood, I am trying to follow here."

Sent into bat, Jos Buttler gave England a sound start before Indian bowlers pulled things back with variation of pace.

Kuldeep's scalps yesterday included three wickets in his third over when he had Morgan (7) caught in the deep and Jonny Bairstow and Joe Root stumped by MS Dhoni for golden ducks.

Elaborating on that 14th over that changed the complexion of England's innings, Kuldeep said: "England's start with the bat was quite good. In six or seven overs, they had around 65 runs. Just when I came to bowl, I checked the wicket and it a bit dry.

"When I started, I varied my pace. I thought if I bowled a bit slower, maybe there will be chances. Then when I came to bowl in the second over, I kept the pace down, and increased the flight and maintained it. I maintained my length too.

"The plan was to stretch the batsmen, so that they don't get any easy deliveries. I didn't want to give them any pace, because it could've made things easy for them. I was varying my pace,' he added.

Using his googlies, Kuldeep bamboozled the English batting line-up and the wrist spinner said his three-wicket over changed the momentum of the game in India's favour.

"I never bowl looking at who the batsman is. I always try to do what I can do. Jos Buttler was batting well against me. I knew he wouldn't take chances against me. So I was happy to give him that single, because the other batsman has never faced me (before)," he explained.

"Obviously they (Bairstow and Root) are quality batsmen. It is a good feeling when you take two wickets on the trot. It gives a chance to the team to build momentum for all the bowlers," he added.

Later, Kuldeep returned to complete his five-wicket haul, a rarity in T20 cricket. He became only the third Indian bowler after Chahal and Bhuvneshwar Kumar to do so, and only the second bowler, after Pakistan's Umar Gul, to achieve this feat on English soil.

The wrist spinner stressed that on batsmen-friendly English wickets, line and length is key even for a spin bowler along with varying pace.

"If you bowl good line, good length and have good variation, any team will struggle against you. It happened in South Africa too. Line and length are important for a spinner, and if a bowler is varying his pace on it, then batsmen will struggle," he said.

The second T20I will be played in Cardiff on Friday, and Kuldeep warned that a repeat performance is not a surety although he will strive for that.

"Look, it is my first tour to England. I think it is going quite well for me (till now). I have never bowled to them (English batsmen) earlier, so it was the first time, so maybe it was easy to bowl against them (in this game).

"Maybe after spending some time, they will be better prepared to face me in the coming T20Is and ODIs. So I am looking forward (to the challenge) in the next matches," Kuldeep said.