Swaraj is currently on a three-nation visit to Central Asia region. After Kazakhstan, show will be visiting Kyrgyzstan and Uzbekistan. 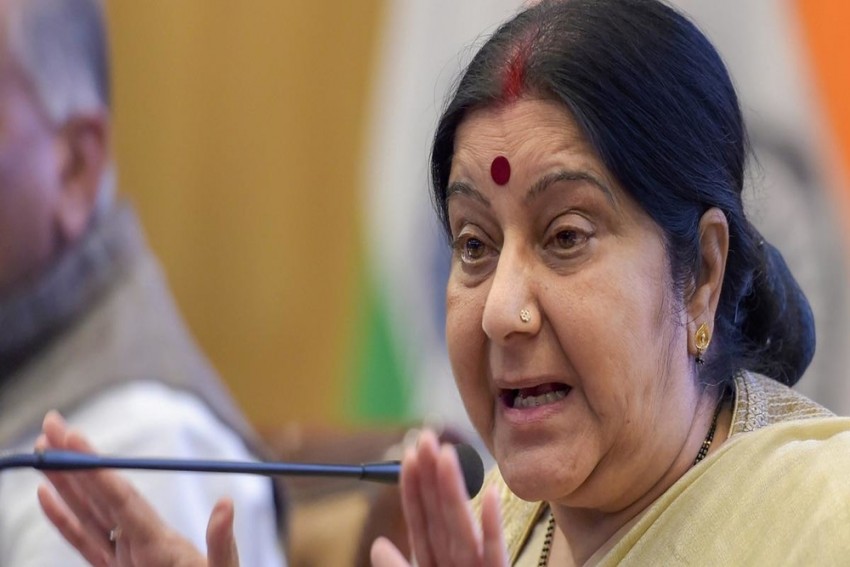 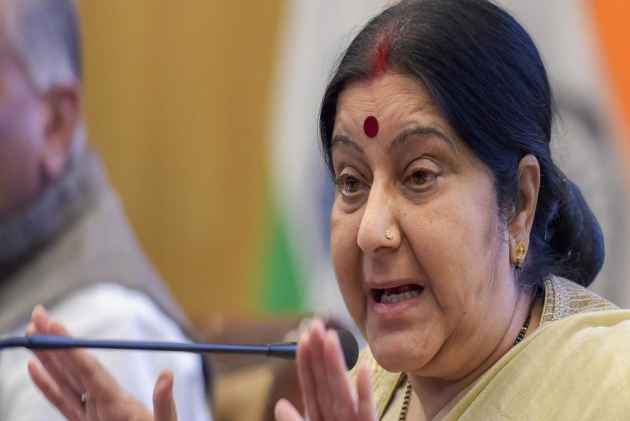 "The attachment that this (Bharatiya Janata Party) government has with Non-Resident Indians (NRIs) was never seen before. From Pandit Jawaharlal Nehru to Dr Manmohan Singh, you would have never seen any Indian Prime Minister addressing NRIs in rallies," the External Affairs Minister said.

"I have been told that Astana is the second coldest capital of the world, but the warmth of Kazakh people do not let you feel this chill," she added.

Swaraj further said that the Centre and the External Affairs Ministry is serving Indian nationals 24x7.

I have made a motto, 'Indian Embassy - Home away from home'. I thought it won't work if I will only say it. So, I myself took to Twitter to address people. We are available 24x7. You must have seen that once a tweet came from my side at 1 a.m. On another day I tweeted at 3 a.m," she said.

Swaraj is currently on a three-nation visit to Central Asia region. After Kazakhstan, show will be visiting Kyrgyzstan and Uzbekistan.

It should be noted that it is her first trip to these countries as External Affairs Minister.

In the second leg of her visit, Swaraj will meet the Minister of Foreign Affairs of the Kyrgyz Republic Erlan Abdyldaev and also call on the leadership of the country.

In the final segment of the trip, the Minister of External Affairs will visit Tashkent, Uzbekistan on August 4. The minister will also hold in-depth discussions with Minister of Foreign Affairs Abdulaziz Kamilov.

Swaraj is also scheduled to address the ideologists and members of the Indian community in Uzbekistan.

She will also offer tribute at the memorial of former Prime Minister of India late Shri Lal Bahadur Shastri.

The visit to the three nations is aimed at enhancing engagement with this region which is India's extended neighbourhood. It will also provide an opportunity to hold in-depth discussions with the political leadership on a wide range of global, regional and bilateral issues and will advance India's growing engagement with the Central Asian Region.