NDTV Fires Around 70 Staffers, Editors Say The Company Is Shifting To MoJo 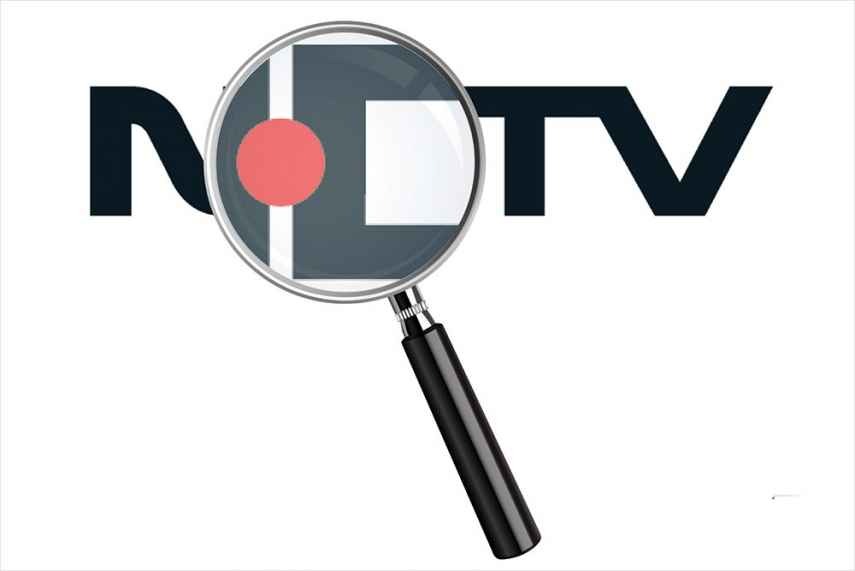 The Indian TV news channel New Delhi Television (NDTV) has fired several employees across the country. While some in the editorial staff say that the TV channel is shifting to MoJo (mobile Journalism), other sources said that the company is facing some ‘financial stress’.

This comes close on the heels of a very public controversy around an income tax assessment of NDTV. The Income Tax Appellate Tribunal (ITAT) recently passed a ruling on an appeal by both NDTV and the income tax authorities on what the media house calls “a case related to the investment of $150 million in 2008 by GE/NBCU”.

It must be clarified that despite speculation within media and other circles, there is no concrete evidence to suggest that the downsizing by NDTV is linked to the income tax ruling or any possible tax penalty arising out of it.

However, the NDTV in its statement has denied the influence of 'court cases' in its 'restructing of business resources'. "The court cases that are an attempt to punish NDTV for its award-winning objective journalism do not influence how we run and operate our newsroom. The emphasis on restructuring is rooted in the broader financial climate, our commitment to controlling costs (our financial statements are available on our site) and, most importantly, our move to consolidate on our core business - quality news content," said a statement.

NDTV put out a press release on Sunday saying, “Some media reports have completely misreported the recent order of the Income Tax Appellate Tribunal (ITAT) in a case related to the investment of $150 million in 2008 by GE/NBCU. These media reports are quoting from a press release by the Income Tax department which not just distorts the verdict, but outright lies about it.”

In a statement by the NDTV issued on Monday, the media house has said that this is not just about cost-cutting. " For us, like any other responsible business - it is an important factor in operations," said the statement.

The media house has announced that it is going to appeal the July 14 ITAT decision (which upheld a portion of the IT department’s assessment) before the Delhi High Court.

According to sources, the number of retrenched staff is likely to be between 60 and 70 of which around 35 camerapersons have been made redundant with the introduction of high-grade smartphones.  The remaining are said to be technical staff.

Several sources said that it was mostly camerapersons and other ‘technical staff’ who got the axe. They worked in both the English and other language channels of the media house.

“The process is going on and most of us are tense about who else is on the list and could lose our jobs,” said a member of NDTV’s technical staff.

In other television stations, camerapersons who were earlier part of the ‘editorial team’ have been re-classified as ‘technical staff’ following human resources and audit scrutinies through internal management and external consultants.

A reporter said that NDTV had slowly started shifting to MoJo using high-end mobile phones over the last five to six months.

Yet another reporter said that they had been given cameras and these smartphones “in order to shoot stories”. “The editorial is moving towards a different kind of video production is what we have been told,” said this NDTV reporter.

Senior journalists with the news organisation declined comment say they were not privy to the exact managerial decisions and their reasons and did not want to speculate.

Sources indicated that live crews have also been replaced with reporters webcasting to the studios through ‘skype' and similar webcasting portals over hi-speed mobile internet.

The information of the retrenchment has been disclosed close to the ITAT order upholding part of the income tax department’s re-assessment of NDTV’s income. This has led to speculation that the two may be linked and that NDTV may be laying off some media persons and other contractual staff in anticipation of a huge payout for the tax liabilities. However, no sources were able to confirm whether the retrenchment and the ITAT decision were connected which can be clarified by the media house once it responds.

The media industry has been privy to a slew to retrenchment exercises in the recent months. Earlier this year, giants like Anand Bazaar Patrika and Hindustan Times not only fired a large number of its employees but also shut down few of its branch offices. Though the actual number of employees sacked remains unknown, a speculative 1,000 had lost their jobs.

What's common in all this resizing routine is the zeal for moving towards a "digital trajectory".