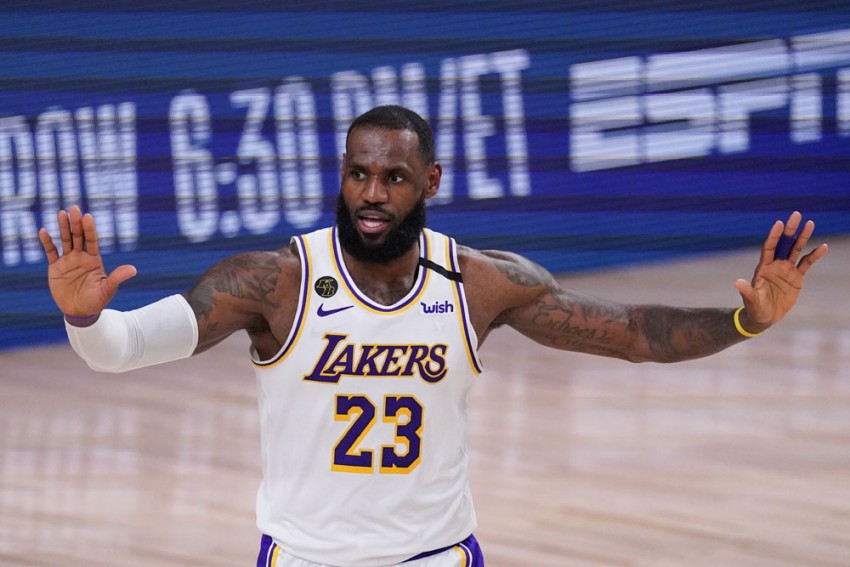 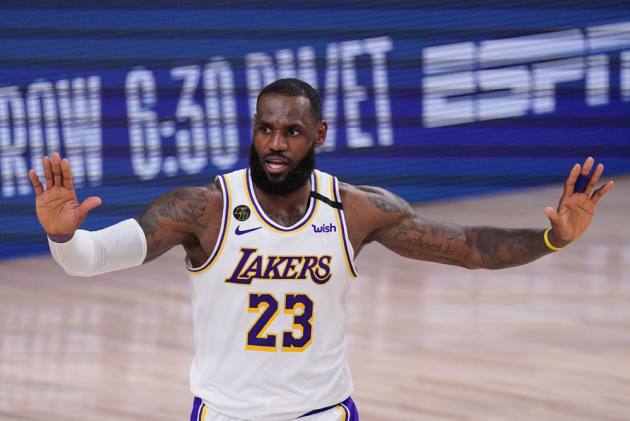 LeBron James is back in the NBA Finals and a significant achievement is in the offing for the Los Angeles Lakers superstar. (More Sports News)

The three-time champion will make his 10th appearance in the showpiece series when the Lakers battle his former team the Miami Heat for the Larry O'Brien Trophy.

James has produced some memorable displays in the Finals, but also some he would probably rather forget.

Ahead of Game 1 on Wednesday, we use Stats Perform data to look back at some of his stand-out performances in the championship series and see what milestones await.

LeBron James of the @Lakers will be the first NBA player to win a Finals MVP with a team and then later play against that team in the playoffs.

2007: Things got off to a shaky start for James, who had 5.8 turnovers per game as the Cleveland Cavaliers were swept by the San Antonio Spurs. That is the most by any player in a Finals in the past 30 years.

2011: As the Heat's dream team were defeated 4-2 by the Dallas Mavericks, James averaged 17.8 points per game. It is the only time he has been held to under 20 in a playoff series.

2012: LeBron's wait for a first ring finally ended and he was pivotal to the Heat's 4-1 success against the Oklahoma City Thunder. He finished Game 5 with 26 points, 13 assists and 11 rebounds, making him the first player since James Worthy in 1988 to have a 25-point triple-double in a title-clinching win.

2013: The Heat went back-to-back by defeating the Spurs 4-3 and in the process James became the first player to have two triple-doubles in a single Finals since Magic Johnson in 1991 – the second of those came in Miami's incredible Game 6 overtime win, having been five points down with 28 seconds remaining in the fourth quarter.

"The Miami Heat are still alive."

2014: LeBron became the first player to average at least 25 points per game on a minimum of 50 per cent three-point shooting in a Finals since Lakers legend Kobe Bryant in 2002. However, it was not enough to stop the Heat slumping to a 4-1 defeat against the Spurs.

2015: Although the Cavs lost 4-2, James produced a string of stellar displays against the Golden State Warriors to become the first player to average at least 35 points per game in a Finals since Shaquille O'Neal in 2002.

2016: In a rematch against the Warriors a year later, LeBron spearheaded a Cavs side that became the first team to come back from a 3-1 deficit in the Finals and win the NBA championship. His phenomenal block on Andre Iguolada with less than two minutes remaining laid the foundation for Kyrie Irving to seal the win.

2017: The Warriors gained vengeance with a 4-1 success the following season, despite James averaging a 30-point triple-double in the Finals – a feat no other player has achieved since the NBA-ABA merger.

2018: Things could have been very different had it not been for J.R. Smith's brain fade at the end of the fourth quarter in Game 1 of the third straight matchup with the Warriors. James became the first player with a 50-point game in the Finals since Michael Jordan in 1993, but Golden State won in overtime and went on to sweep the Cavs for the championship.

After missing the playoffs in his first year with the Lakers, LeBron has a chance to join John Salley and Robert Horry as the only NBA players to win a title with three different teams.

Even more impressively, though, he can become the first player of any of the major leagues in the United States – NBA, NFL, MLB and NHL – to win the championship MVP award with three different teams.

IPL 2020: No One Can And No One Should Try To Play Like MS Dhoni - Sanju Samson