'National Party’ status for NPP is a great achievement for the people of the entire northeast and not just his party, said party chief Conrad K Sangma. 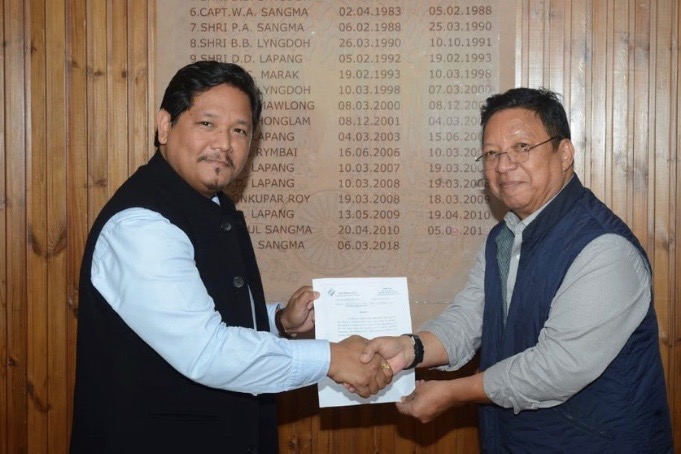 The recognition of #NPP as National Party status will surely motivate each member of the family of NPP and will further enable us to work for the greater cause of the region and its people. @nppmeghalaya #BefittingTributetoPASangma #NPPForNortheast pic.twitter.com/Ih5QfBqkYA

“I take this opportunity to congratulate each member of the party, who has worked tirelessly in different states of the region. It is a moment for all of us to remember the ideals of our late leader Purno Sangma, whose contribution to the party has made this possible. Though he is not amidst us today but his ideals will live forever. NPP is not just a party from Northeast but a party purely created by the Northeast to fulfill the aspirations of our people,” Conrad, who is also the Chief Minister of Meghalaya, said during the party’s maiden Northeast Coordination Committee (NECC) meeting in Shillong.

1st Conference of NPP Northeast Coordination Committee at #Shillong. It’s a beginning to further strengthen our party base across #Northeast. pic.twitter.com/4hsfjjwRfZ

Conrad’s NPP which was founded by his father and former Lok Sabha speaker late PA Sangma played a major role in opposing the controversial Citizenship Amendment Bill (CAB) in spite of the fact that they are part of the NDA and North East Democratic Alliance (NEDA), a forum of anti-Congress parties led by the BJP in the northeast.

Conrad played a crucial role in uniting all the regional leaders, including the students’ leaders, during the mass protest in the region and Delhi in 2018 and early 2019.  That’s how they emerged as a strong force in the region.

The beauty of recognition of the party as ‘National Party’ is a testimony to how brick by brick and drop by drop an ocean is created.

“It is not because NPP formed the government in Meghalaya, that we were accorded the tag, or because we were part of the government in Manipur, or the two MLAs from Nagaland, but it is the collective contribution of all the states including those who contested from the party and lost the election, every MLA who won has contributed. It is a great example that if everyone comes together, the most difficult task can be accomplished,” Conrad added.

He also said that the recognition has proved a point that irrespective of the difference at times and diversity, when the northeast region comes together it can achieve greater heights.

“When the Northeast came together with one idea and one vision, we have demonstrated that we can also be included in the national political arena and be the voice of the Northeast. It is a responsibility for us now to raise the aspiration and concern of our people,” Conrad exhorted.

NPP’s Agatha K Sangma this time won from the Tura constituency in Meghalaya. With 21 MLAs in the 60-seat assembly along with the support of the other regional parties, the NPP has been in power in Meghalaya.

Former Meghalaya CM and stalwart of Northeast politics DD Lapang said that NPP’s recognition as ‘National Party’ status by the Election Commission of India will pave a new way in the regional political arena.

“It is a responsibility for the party to carry forward the onus to represent the regional aspiration of the people at the national level. NPP has remained committed and it will further continue to fulfill its agenda for Northeast,” Lapang echoed.

Rahul Gandhi Meets Kerala Nurse Who Held Him As A Newborn