More than 20 former employees of the web portal have taken to social media to announce that they have sued Narada.com and its editor Mathew Samuel in a labour court in Delhi. 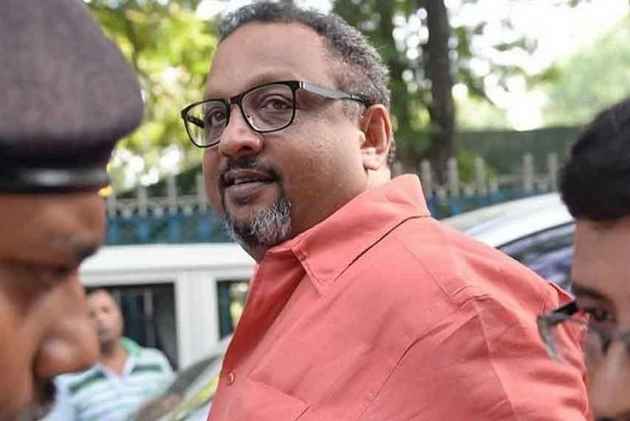 The shout line of news portal Narada.com ‘The Next Hashtag’, appears to be coming true. Since its alleged sting on people resembling politicians of the All India Trinamool Congress (AITC) purportedly accepting bribes for corruption, Narada.com has been more in the news than making it.

More than 20 former employees of the web portal have taken to social media to announce that they have sued Narada.com and its editor Mathew Samuel in a labour court in Delhi. They have threatened to sit in hunger strike in front of his residence if he doesn’t pay their dues.

“We demand that editor in chief of Narada News, Mathew Samuel, who published many stories on his website when a rival media house failed to pay dues to its employees, show the decency of paying his employees and not be a hypocrite,” say the social media posts.

Samuel told Outlook that he has been under ‘bed rest’ in Kerala and treatment for an ailment for the last few months. He said that the Enforcement Directorate (ED) had ‘unofficially’ asked his bankers to “suspend operation of his accounts”.

A senior ED official responded to Outlook that though he didn’t have the particulars forNarada.com's case, that was not the procedure followed by the agency. “The ED doesn’t give any such unofficial instructions to banks to suspend operations of any particular account or accounts. Based on investigations, when we have sufficient reason and grounds, we freeze bank accounts but only with due procedure,” the official told Outlook.

Such an unofficial suspension would be contrary to the law and procedures for banks.

“We, more than 20 employees who worked for Narada News’ English and Hindi bureaus and websites, have been cheated by the company and its editor Mathew Samuel,” reads a post shared on social media website Facebook by many of the ex-employees, including photo- and video-journalist Vijay Pandey. “The employees range from trainee sub-editors to senior journalists. Though some friends were telling us that Narada News would sink after its financiers pulled out, most of us stayed on. The salaries were coming late and we didn’t find anything amiss.”

Pandey and some others had moved from the controversial news magazine Tehelka toNarada.com after Samuel created it, sometime in late 2015.

In 2014, Mathew Samuel had been hired as the managing editor of Tehelka magazine by its owner — the AITC Rajya Sabha MP, KD Singh — to run the magazine and a ‘special investigative team’ that allegedly conducted the sting.

Earlier, in 2000, Samuel had been part of a Tehelka.com (the magazine’s former, digital-only avatar) team which had stung then BJP president Bangaru Laxman, leading to the latter’s conviction. Named ‘Operation Westend’, the sting team had pretended to be defence middleman and contractors showing how it was possible to skip queues and laid-down procedures by paying bribes to people in power.

Samuel has claimed that Singh bankrolled the purported sting operation on people who appear to resemble the AITC leaders.

The sting, its allegations and related investigations have been handed over to the CBI by a Calcutta High Court order (recently upheld by the Supreme Court as well) which said that the West Bengal Police had lagged in its efforts.

Samuel says that a ‘lookout notice’ had been issued by the West Bengal police against him. The sting and its contents have been denied by the AITC as (to borrow a phrase from another recent, similar denial) a ‘calumny’.

“Out of the blue, we were asked to resign in March as the company decided to shut its Green Park office in New Delhi and along with it, the English and Hindi bureaus. Most of us realised the office had shut only when we reached for work in the third week of March. Since then, we are asking Mathew Samuel to pay us the due salary (from January to March). Some employees who resigned after December have also not been paid the due amount,” claims the post.

The post claims that a part payment was made in cash to some of the ex-employees. Angel Abraham, who doubles as Mathew’s aide and member of his sting journalism outfit, has told the ex-employees that she is also unable to reach Mathew for a comment.

“The salaries have been pending for some time but I can’t clear them right now because I was told that the bankers have been asked to stop operations of the current account. It is also not possible to disburse cash because that will create [audit] problems,” said Samuel.

“In fact, I had also advised that they [the ex-employees] approach the labour court. Perhaps, it will be easier for me to approach the bank with a court order to settle all dues,” he said.

The purported sting operation on people resembling the AITC leader was supposedly conducted much earlier but released only in January last year, months before the West Bengal state assembly elections. The AITC won 211 out of 294 seats in the polls though both the Narada sting and the Sharada financial scam (also being probed by the CBI) were used as campaign planks by the opposition.

The ex-employees claim that Mathew Samuel has blocked them from his phone and his social media profiles. Samuel confirmed to Outlook that the English and Hindi operations  of the website have been shut down, while the portal’s Malayalam-language stub continues. Salaries are being paid for the Malayalam site, claimed ex-employees.

“There are no funds for the Hindi and English sites as of now. Several notices have also been served on the people who had funded the enterprise,” said Mathew Samuel.