The assembly has been adjourned sine die. 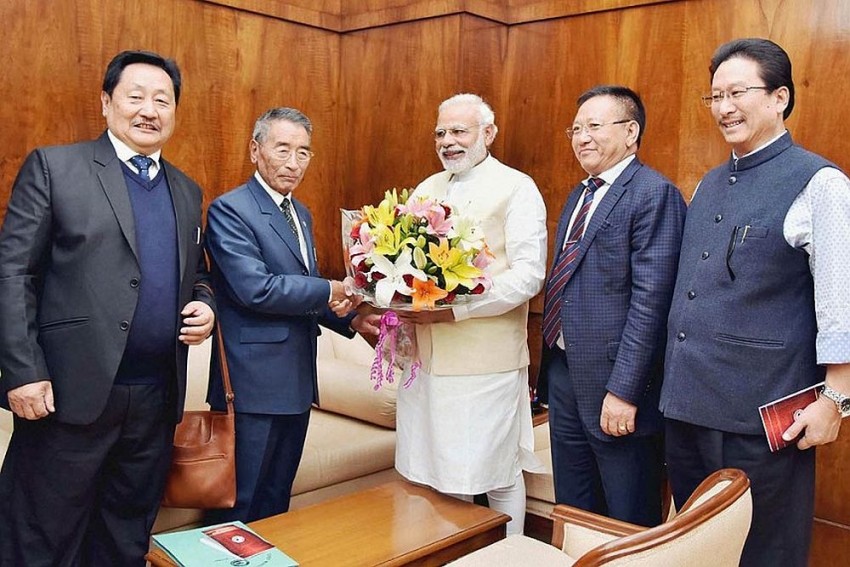 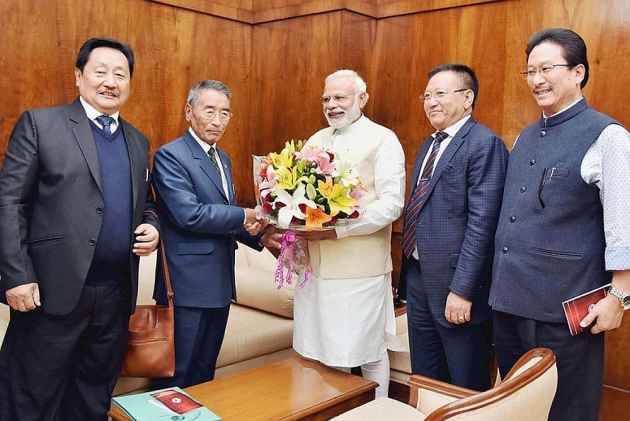 Embattled Nagaland Chief Minister Shurhozelie failed to appear for face a floor test at a special session of the state assembly after the Gauhati High Court on Tuesday dismissed his plea to stay the Governor's directive to him to seek a trust vote.

The assembly has been adjourned sine die.

Governor P B Acharya yesterday directed Speaker Imtiwapang to summon an emergent special session of the state assembly at 9.30 am today for the chief minister, who is facing a rebellion from his party MLAs, to seek the confidence vote.

Justice L M Jamir, judge of Kohima Bench of Gauhati High Court, had dismissed earlier in the day a writ petition filed by Liezietsu, pleading for a stay on the governor's directive to him to seek a vote of confidence in the assembly by July 15.

Former chief minister T R Zeliang, leader of the rebel NPF MLAs, was present in the House along with his followers.

The motion to prove the majority of the chief minister could not be taken up as he was not present and the House was adjourned sine die, Speaker Imtiwapang said.

The speaker said, he will report the proceedings of the House to the Governor.

Efforts to contact legislators of the Liezietsu camp turned futile as they did not take calls.

Acharya had asked the speaker to convene the special session after the Kohima bench of the Gauhati High Court yesterday dismissed the chief minister's plea to stay the governor's directive to him to seek a trust vote by July 15.

Liezietsu had filed the petition on July 14 and the court had issued an interim order staying the governor's directive till July 17.

Acharya had on July 11 and July 13 directed Liezietsu, who is facing rebellion by 43 ruling NPF MLAs led by Zeliang demanding change of leadership in the present House of 59, to seek vote of confidence on or before July 15.

Zeliang, who was forced out of office in February following large-scale protests over holding of urban local bodies election with 33 per cent reservation for women, had staked claim to form the government saying he had majority support in the House.

BJP is a pre-poll alliance partner of the NPF and a constituent of the Democratic Alliance of Nagaland (DAN) government in the state.