My Beef With No Beef

?Eating beef used to be a guilty pleasure, now, in places like once-cosmopolitan Mumbai, it's just guilt. 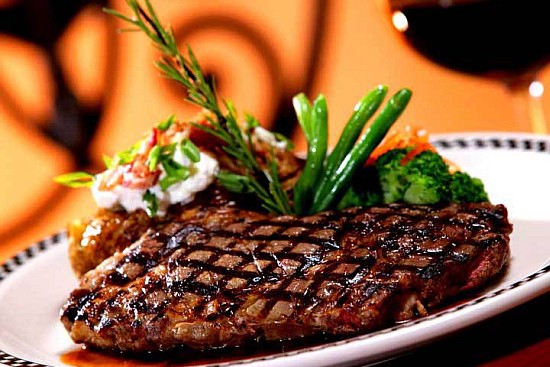 ?Having just spent a weekend in Mumbai, I'm boiling with frustration. Here's why. I get invited to lunch at the Bombay Gymkhana (yes, they still spell it like that, thank God, unlike other institutional Holy Cows) and I'm looking forward to a nice meal. It's October 2 and a dry day so the exclusive focus is food. What I can't stomach are places that are organic only, or serve gluten free products. Healthy, to us urban cowboys, means protein, and lots of it, rather than a bowl of bran or a nosebag with oats like they attach to the bovine species. The vegans, I freely admit, have their place in civilised society, as long as they are not freely admitted and are seated preferably somewhere at the back of the restaurant. As all us journalists were taught, the meat of the story should always be in the front section.

Gymkhana is a Mecca for meat-lovers. It has a reputation for having a menu with lots of choices (unlike what this government and its allies seem to be encouraging) and I was looking forward to a hearty meal, which to me is meat with all its variations and different origins. The menu when it was presented by the waiter was mouth-watering, having an extensive selections of meats (a bit fishy considering that most of the members are Gujaratis, but I have no beef with that). It certainly meets my expectations, pun intended. The non-vegetarian section was the longest and most lip-smacking.

The club is reputed to have the best continental dishes in town, many rooted in the Raj. I have no beef with that either, being a big fan of dishes like Railway Cutlets, Beef Wellington or that Irani restaurant favourite, Caramel Custard. I check out the menu and am immediately struck by the large chunk of beef dishes. There's one that stops me in my tracks, just like coming across stray cattle on Delhi roads while driving, called Steak Maneckji. I check with my host and it turns out it is named after Jean Maneckji, a former member who was also head of the catering committee. Like a good Parsi, he created this dish at home and then taught the chefs how to make it.

I remember meeting Jean in Goa some years ago and later hearing he had passed away. He was a man with a large appetite for life so I figure his dish has to be special. I ask the waiter who explains it is a beef steak prepared in an in-house barbecue sauce and cut into bite-sized pieces. It's only Rs 210. Sounds great, I say, I'll have it. The waiter looks pretty down at the mouth, maybe he hates having to say no to a guest but he informs me it's off the menu.

Oh well, in honour of the departed member I presume, so I go back to perusing the menu and find an old favourite, Beef Stroganoff. It consists of chunks of beef in a spicy gravy served on a bed of rice. I look up at the waiter but he's already shaking his head, anticipating my order. Sorry sir, it's off the menu, he says, adding sorrowfully, all beef dishes are banned by the state government and the club hasn't had time to print a new menu. He then recommends a special preparation called Fish Fadnavis, served cold and sprinkled with saffron. I decline and wonder at the terrible irony involved. The venerable club is located at one of the city's best known landmarks, Azad Maidan, which suggests a certain freedom of choice.

I recall being in England when there was an outbreak of Mad Cow Disease. Hardly anyone stopped eating beef because of it, but now we have mad cow disease in India as evidenced by the events at Dadri. Sadly, these are not the happiest times for beef lovers. As it is, the United Nations, no less, has accused the world's livestock industry of being responsible for more greenhouse gas emissions than the entire global transportation fleet. Apparently cows emit a huge amount of greenhouse gases and if cow slaughter is banned on a larger scale than it is now, we will all be in a very malodorous state.

As it is, the sense of the world closing in around us 'sikular' types who refuse to be cowed down, is growing.
??
Eating beef used to be a guilty pleasure, now, in places like once-cosmopolitan Mumbai, it's just guilt. Thanks to the beef ban, they can now take out the khana from Gymkhana.