The post-mortem report highlighted 'shock due to burn and poly-trauma' as the cause of death of Mumbai chopper crash victims. 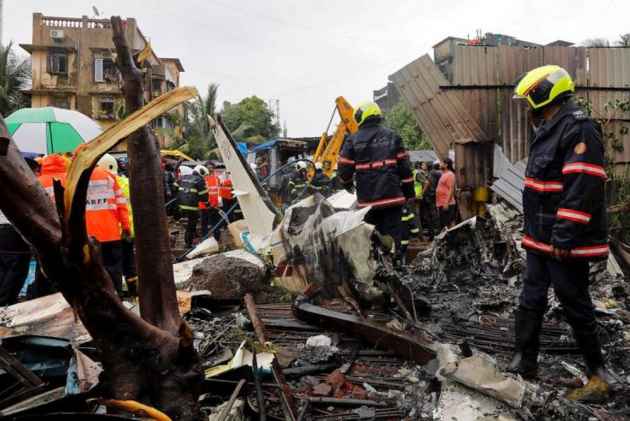 The post-mortem report of the people who lost their lives in the recent plane crash in Ghatkopar highlighted 'shock due to burn and poly-trauma' as the cause of death.

Five people were killed after a chartered plane crashed near an under-construction building in Ghatkopar on Thursday.

The plane was about to land at the airport when it crashed near Jagruti building, where construction work was underway.

Speaking to the media, father of the maintenance engineer Surabhi Gupta - one of the five killed in the incident said, "It was yesterday morning that we spoke over phone. We had a routine conversation before she told me that the aircraft she was going to fly in later in the day was sick. She said the aircraft was in a bad condition." 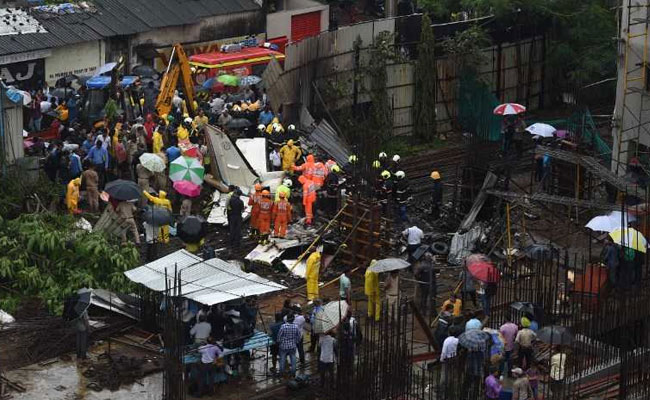 The grieving father wondered who gave the permission to fly a "sick aircraft".

"How was permission given to fly a sick aircraft and who gave this permission," he asked.

According to the Directorate General of Civil Aviation (DGCA), two pilots, two aircraft maintenance engineers, and one other person lost their lives in the crash.

The Ministry of Civil Aviation had on Thursday said that the chartered plane that crashed in Mumbai killing five did not a have certificate of airworthiness. The Ministry said that the aircraft last flew in 2008 when it was with Uttar Pradesh Government. It was later bought by M/s UY Aviation in 2014 and had been under maintenance for the last one and a half years.

"UY Aviation Pvt Ltd King Air C-90 aircraft VT-UPZ has met with an unfortunate accident at Mumbai on 28 Jun 2018. The aircraft last flew on 22 Feb 2008 when it was with UP Govt. The aircraft was later bought by M/s UY Aviation in 2014. Thereafter, the aircraft was under maintenance for last one and a half years. Today was the first test flight of the aircraft upon completion of maintenance task before applying for the grant of Certificate of Airworthiness/ Airworthiness Review Certificate by DGCA," a tweet by the Ministry said.

"As per the regulatory provisions, before any test flight, a certificate to the effect that the aircraft is fit for flight is required to be issued by the authorised certifying staff of the operator or MRO. The aircraft took off from Juhu airport for the test flight. There were two pilots and two AMEs on board the aircraft. All on board aircraft along with one person on the ground died in the unfortunate accident. AAIB will conduct the detailed investigation expeditiously," the ministry added.

Half Of India's Adult Population Is Fully Vaccinated Against Covid-19, PM Modi Congratulates