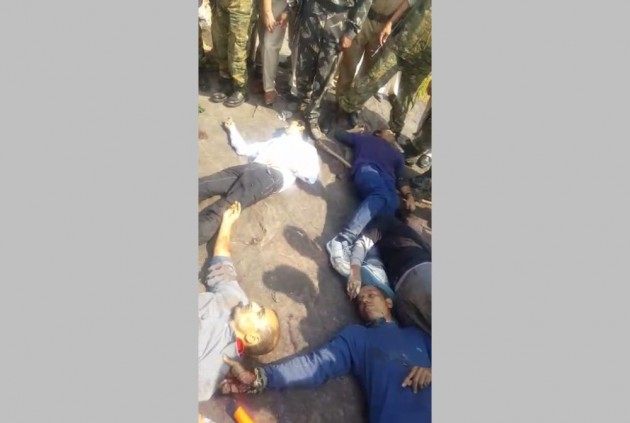 The alleged jailbreak of eight under-trials from Bhopal and their encounter deaths have spotlighted a series of shoddy terror investigations that have fallen apart like a pack of cards in courts.

The slain undertrials were facing trial on a number of charges, including that of being members of the banned Muslim outfit called the Students Islamic Movement of India (SIMI). The ban on SIMI has been challenged and is currently pending in the Supreme Court.

Over the years, there have been several arrests of supposed members of SIMI all across the country. Typically, these arrests followed leaked ‘confessional’ statements which showed these alleged terrorists as Islamic radicals who were planning to overthrow the government. When investigations fail to gather enough evidence, the arrested persons are shifted from one state to another, extending their custody without producing any results.

In most of the cases, as has been recorded and reported widely, the charges do not hold up in court and processes are delayed till the alleged suspects have grown old and lost their careers and futures. A remarkable number of these youth are from poor families, which are also destroyed.

Take the case of Abu Faisal Khan, whom the police have portrayed as the head of the SIMI’s operations in MP. Even going by the supposed confession he gave to the MP anti-terror squad (ATS) in 2011, Khan was a medical student who enlisted some other Muslim youths and tried their hand at botched-up robberies and petty crimes.

Khan had been a part of the questionable jailbreak in 2013 from Khandwa (also in Madhya Pradesh). The prison authorities had claimed that the seven escaped under trials first hammered a 3-foot-diameter hole in a toilet wall in their ward in an hour and crawled through it. They then scaled the 16-foot-high prison wall in less than a minute by standing on each other’s shoulders. Even if this were true, the jail authorities couldn’t explain how the last man got past the wall.

While one escapee was detained soon after the jailbreak, the six were apprehended much later. Khan has been acquitted in some cases including the robberies and convicted in only one case where an ATS constable was killed in broad daylight. His lawyer believes it is a flimsy conviction that will not stand up in a higher court.

Safdar Nagori is supposed to be one of the deadliest SIMI hardliners by a similar police narrative. But, Nagori, in custody in Gujarat, is yet to be convicted in any of these cases while he has been acquitted of several other cases, including charges of sedition, fomenting communal hatred and so on.

The eight who were killed on October 31 are Abdul Majid and Mohammed Khalid (both of Sholapur, Maharashtra), Mujib Sheikh (Ahmadabad) and Zakir Hussain, Mahmood Guddu, Amzad, Mohammed Salik and Mohammed Aqueel (all of Khandwa, MP). Four of them had also escaped with Faizal Khan from Khandwa jail in 2013.

The Jamia Teachers’ Solidarity Association (JTSA) has pointed out the flimsy nature of the evidence against them.

“Cases against Aquil Khilji, one of those killed, were regularly registered from 2001 onwards, right from when SIMI was banned. Most of the cases pertained to possession and distribution of ‘unlawful’ literature. In June 2011, the Khandwa police claimed they had raided Khilji’s house at midnight and busted a SIMI meeting where Khilji and others were planning a terror strike. Among those ‘arrested’ were Khaleel and Amjad, also killed in the ‘encounter’,” says the statement issued by the JTSA.

“It might be interesting to note that while the police spread their version through the media about this midnight raid carried on the intervening night of 13-14 June, families of Khaleel and Amjad had moved applications in the CJM’s court complaining that the police had picked up and detained their sons between 10- 12 June, failing to produce them before the magistrate even after the lapse of 24 hours. In response to these applications, the City Kotwali police submitted to the CJM that though Khaleel had been called to the police station on 10 June, he had not been detained thereafter. The police also claimed that Amjad had not been traceable and could not be questioned. These responses are dated 13 June. So, these foolhardy and senseless ‘SIMI’ activists had decided to convene a meeting the same night – in the middle of being questioned and searched by the police – to plan a terror strike,” says the statement.

In another case, the Madhya Pradesh police had used press clippings of a local Hindi daily as proof that the accused SIMI operatives were planning terror operations.

Imran Ali, a Bhopal-based lawyer who has studied many of these cases, says there is a lot of pent-up frustration in not being able to convict the undertrials charged with being SIMI operatives.

The jailbreak itself appears a little fantastical. Going by the police version, the eight men planned the break, killed a guard, made a rope ladder and scaled a 30-foot wall without being noticed. Then, they dressed up in jeans and sneakers, got hold of four country-made pistols and hid in a village till they were fished out and shot dead by the cops while fleeing.

“The eight are said to have gotten together enough bed sheets to make a rope ladder built using logs that were supposedly lying near the wall. While they could have planted the logs there, it would take some time to assemble the rope ladder and any guards on the sentry towers atop the walls would have noticed. Even if they evaded the sentries, how exactly did they anchor the rope ladder above the wall? And newspaper reports suggest that the eight men made off into a forest instead of heading towards the highway, which would have made it easier for them to get as further as possible from the jail,” says Ali.

In all fairness to the police, there are more questions than answers in the preliminary stages but the few theories that have squeezed past are being questioned widely.

A mobile phone video has emerged which supposedly records a part of the encounter, raising questions since it appears that the police are firing at a man who is already dead and on the ground – a clear violation of the law which stipulates when and how much force can be used by security personnel, but definitely not when a man is already lying injured on the ground.