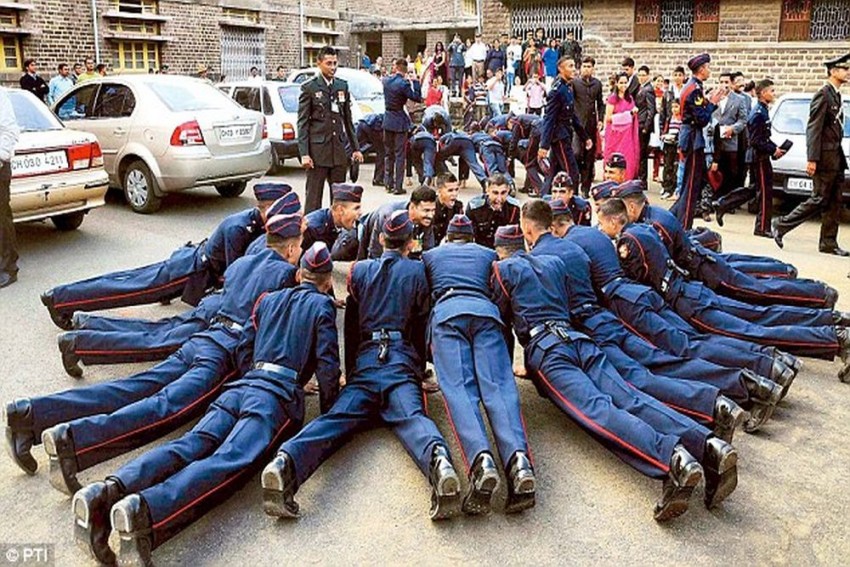 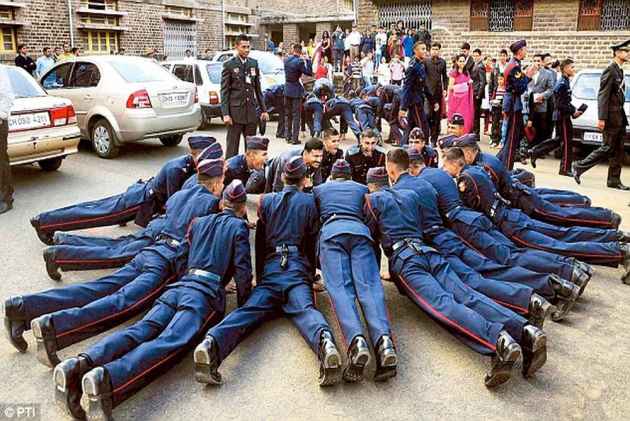 As many as 1,256 cadets quit the National Defence Academy (NDA) between January 2008 and November 2017, allegedly due to excessive nature of the unsanctioned punishments.

Asia Times has accessed a report jointly prepared by the Integrated Defense Staff Headquarters and the NDA that has revealed the rate of young cadets quitting the institution. The dropout rates amount to between 16% and 20% of the intake each year.

Alumni of the premium defence school blame ragging, unofficial training and excessive physical punishment for the high attrition rate and describe the torture at the hands of senior cadets as sadistic and misguided.

In 2015, Pune Mirror reported that perhaps for the first time in the history of the NDA, as many as 40 cadets have dropped out of the 127th course (spanning the three-year period of 2011- 14), unable to bear the hardship of physical training. Up until then, the average dropout rate has veered between 10 and 15 from each batch.

“Senior cadets believe they’re toughening them for war or better performance in the hard-fought inter-squadron competitions,” he said.

Colonel (retired) Vinay Dalvi, a former NDA instructor, said senior cadets often justified the punishments as a mode of getting the freshmen into the grind. He said a senior cadet, or the overstudy, often faced punishment from divisional officers for newcomers’ mistakes. This, he said, put severe pressure on the freshmen.

In 2016, after a video where army cadets are seen being beaten up by seniors as part of a toughening-up 'exercise' went viral, the army  clarified that action has been taken against the assaulters.

The video of unofficial beasting was likely shot at a regimental training centre that grooms cadets  who pass out of the Indian Military Academy in Dehradun or the Officer Training Academy in Chennai. Based on the regiment a young officer is assigned to, s/he will report to one of the 46 regimental training centres for acclimatization course that spans over 6 months. But the vintage of the video is not clear.

A Major-rank officer told Outlook in 2016 that said such methods were employed unofficially by senior cadets to transform awkward, unfocused teenagers into confident soldiers.

“It was certainly practised in the army at least before 2012. It has been put to an end; at least I have never faced it or seen it. The army is more civilised with this cadets now unlike 10 years ago when trainers had a free hand to boot or trash cadets while training them.”

“Now, if a complaint of assault ever comes up, the assaulter can kiss his career good bye.”

But army has had practices that may sound barbarous to the world outside the academy walls. One such military jargon is Kambal Parade,when a group of cadets covers a sleeping man with a blanket and beats him up – to protect their identity and minimize injury marks.

The officer said: “There are two kinds of punishment – constructive and destructive. Making a cadet do headroll down the stairs, walk on knees on blacktop roads, kambal Parade and beasting punishment are certainly destructive”.

The NDA is the joint services academy of the Indian Armed Forces, where cadets of the three services -- the Army, the Navy and the Air Force -- train together before they go on to respective service academies for further pre-commissioning training. Located at Khadakwasla near Pune, Maharashtra, the NDA is the first tri-service academy in the world.

At the academy, a cadet is allotted to one of the 18 squadrons, which then becomes his home for the next three years. The syllabi encompass science, technology, arts and military subjects. But, the regimen of physical conditioning includes drills, swimming, horse riding, a gamut of games and adventure activities — the hardships defined by the pitch of the training.