PM Offered Supriya A Cabinet Berth, But She Told Modi She Would Be The Last To Join BJP, Claims Sena MP Quoting Pawar 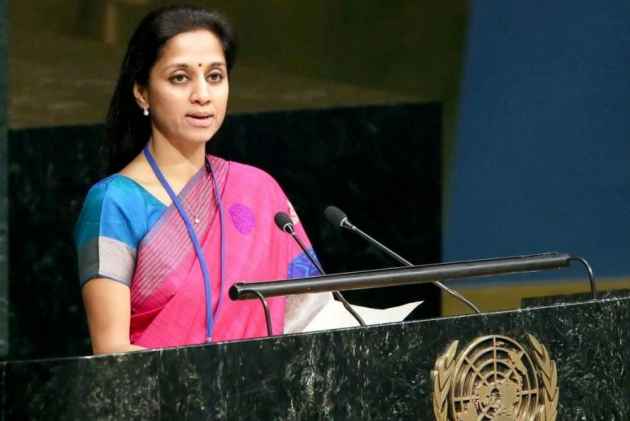 Shiv Sena MP Sanjay Raut, quoting NCP chief Sharad Pawar, has claimed that the Prime Minister had offered Pawar's daughter Supriya Sule a berth in the union cabinet but she told Narendra Modi that she would be the last to join BJP.

In a signed article in the Sena mouthpiece `Saamana', Raut, who edits the newspaper, recalled that during a meeting with Pawar, he had asked about media reports that Pawar would be joining the Modi cabinet.

"Pawar told me there is no truth to media reports. He described such reports as height of stupidity," Raut wrote.

"Rumours are being spread about my party. Modi had once told me he wanted Supriya in his cabinet. Supriya, who was present at that meeting, told Modi that she would be the last person to join the BJP," Raut claimed Pawar as saying.

The Sena MP also said that Pawar told him that NCP's stand is very clear, yet rumours are spread to create confusion.

"Sharad Pawar says this. But there are senior NCP leaders who are in touch with (Maharashtra) Chief Minister Devendra Fadnavis. The Shiv Sena has no reason to be worried even if the NCP seeks to be part of the Fadnavis cabinet and the chief minister is holding secret meetings with NCP leaders," said Raut.

When PTI tried to contact Pawar for his reaction, a close aide of the NCP chief said he was in Baramati, his hometown, and would respond to the Saamana article at an "appropriate" time.