With the race for electric cars heating up, Mercedes-Benz will be officially showcasing the production-ready EQC SUV to the public on 4 September 2018. The EQC was first showcased at the 2016 Paris Auto Show followed by an appearance at the Auto Expo 2018 in Delhi. The ‘EQ’ in its name stands for Electric Intelligence, and it will be the company’s new electric mobility brand. Now Mercedes has given us a glimpse of half the front grille and the full left headlamp in a nearly 10-second long teaser video. The latter part of the video also reveals where it is going to be unveiled: Stockholm, Sweden.

Till now, we have seen just the concept followed by the camouflaged electric SUV being put through its paces in a desert. The tests include assessment of the battery’s cooling and drainage properties with the charging system. Apart from that the drive system and the control units have all been subjected to extreme weather conditions. These include temperatures as high as 50 degrees Celsius and as low as minus-35 degrees Celsius. 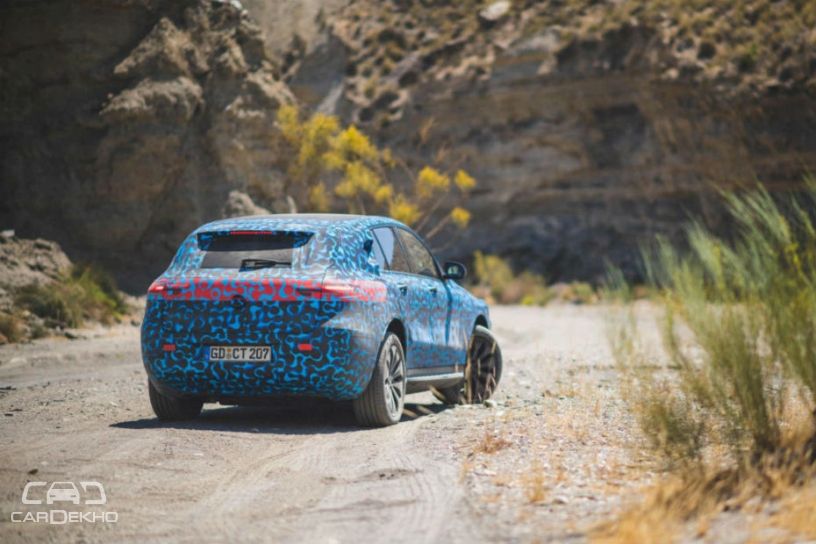 While the current set of tests of the EQC have been conducted in Spain, the driving dynamics are likely to be tested at the Nurburgring. The EQC will be underpinned by Mercedes’ Modular Electric Architecture (MEA), which will be shared by other upcoming EQ products such as the EQA concept-based electric hatchback and future products. Mercedes had previously informed that the EQC Concept features a 70 kWh battery pack with an estimated range of around 500km. It gets two electric motors placed at both the axles which produce nearly 408PS (300KW) of power, enabling it to sprint from 0-100kmph in just under 5 seconds. 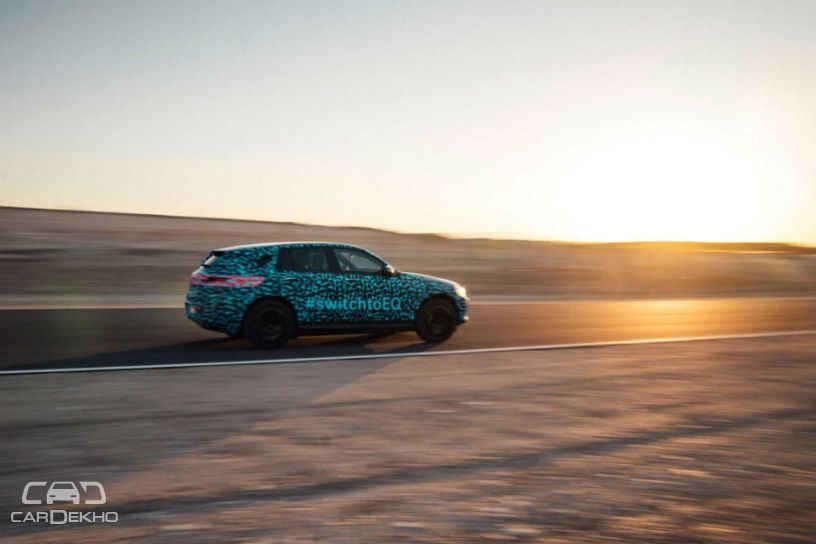 In terms of competition, Mercedes-Benz’s first all-electric SUV will be rivalling the likes of the Tesla Model X, Jaguar I-Pace and the Audi E-tron. In the past, Mercedes-Benz has showed some committed towards the introduction of their electric cars in India. In fact, it expressed considerable interest in producing its range of electric cars in India. If the plans become tangible, the EQC could become one of the first electrics from the German carmaker in India.