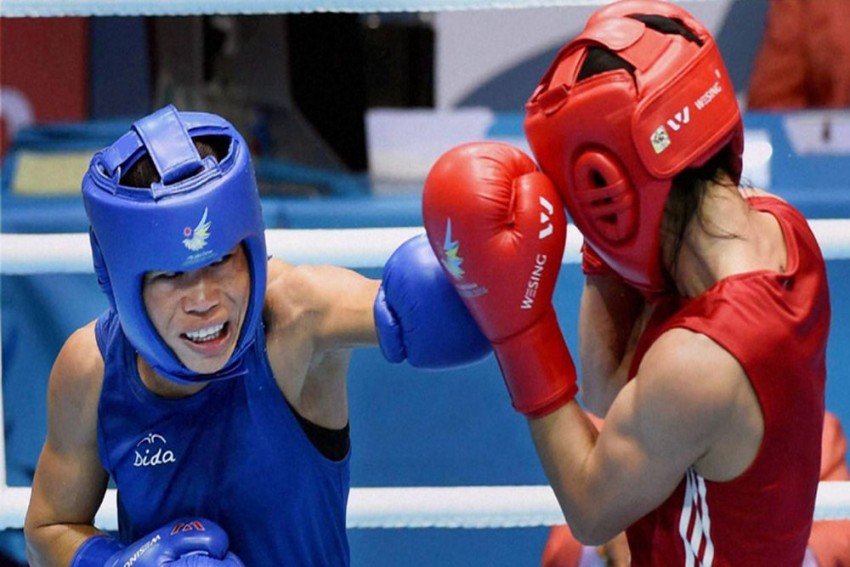 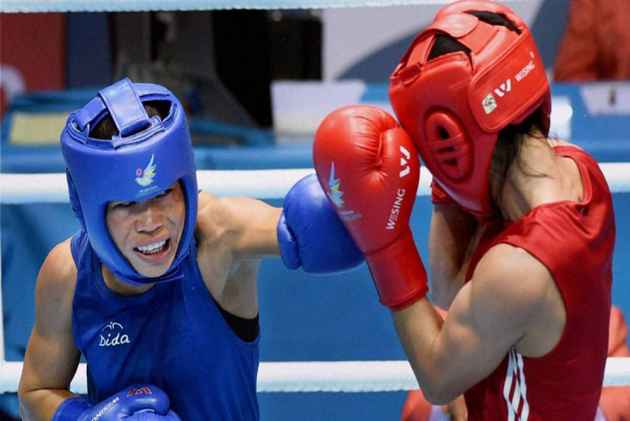 Five-time world champion MC Mary Kom remained on course for a fifth gold medal at the Asian Boxing Championships after she advanced to the final of the event in Ho Chi Minh City, Vietnam, on Tuesday.

Should she go on to win the final, the Indian would be wining her first gold Asian gold medal in the 48kg category.

The 35-year-old Rajya Sabha MP, who is also a former Olympic bronze-medallist, returned to her preferred weight category after five years of competing in 51kg, which was made an Olympic category in 2012.

Once again, it was a bout fought largely on defensive tactics. The Japanese boxer seemed too wary to go near the Indian, who had to quite literally lunge at Komura for her right hooks to connect.

Mary Kom's patience with Komura's tactics ran out in the second round and she increased the pace and ferocity of her own attacks to unsettle the Japanese.

The shell guard to stave off Komura's feeble right straights ensured that the Manipuri hardly took any blow in what turned out to be a lopsioded contest.