'If the voice of the fourth estate is stifled in this manner, India will become a Nazi State and the hard labour of our freedom-fighters and makers of our Constitution will go down the drain', Madras HC. 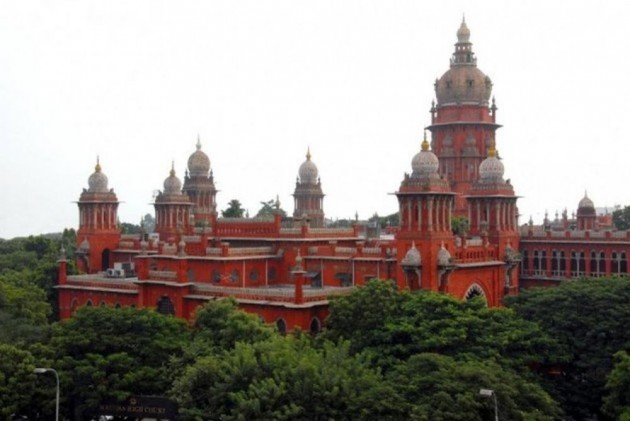 If the press is gagged for publishing news, democracy in this country will be in utter peril and India will become a Nazi State, the Madras High Court has observed while quashing a defamation case filed against a magazine by the AIADMK government in 2012.

Ruling that the proceedings before the lower court were an abuse of process of law, the judge said the the court will be failing in its duty if such attempts by the "mighty State" to "trample the press for no good reason" are not resisted.

The matter relates to an article published by the magazine dated August 8, 2012, in which it was alleged that at the instance of Sasikala the then Chief Minister J Jayalalithaa removed Sengottaiyan as minister, following which the City Public Prosecutor filed a defamation case.

"For publishing a news, if the press is gagged, democracy in this country will be in utter peril," the court observed.

"India is a vibrant democracy and the fourth estate is indubitably an indispensable part of it. If the voice of the fourth estate is stifled in this manner, India will become a Nazi State and the hard labour of our freedom-fighters and makers of our Constitution will go down the drain.

"There may be some occasional transgressions by the press. However, in the larger interest of sustaining democracy, those aberrations deserve to be ignored," Justice Prakash said.

In his order, the judge said, "On a reading of the aforesaid portions, this court is not able to find even an iota of material to show that there is any imputation intending to harm the reputation of Jayalalithaa, the then Chief Minister."

The judge refused to accept the arguments of public prosecutor A Natarajan that on reading of the entire article, the public could draw an inference that Sengottaiyan was removed from ministership only at the instance of Sasikala and this would amount to imputation.

"This constitutional court will be failing in its duty if such attempts by the mighty state are not resisted," the judge said in his order last week.

Justice Prakash said even on a reading of the entire article, "the court is not able to draw such an inference as argued by the public prosecutor."

"Further, it is not open to this court to strain the language employed in the article or to read between the lines, for arriving at such an inference.

"That apart, for maintaining a complaint of defamation via section 199 (2) to (4) CrPC, the imputation should be in respect of the conduct of the public servant in the discharge of his public functions.

"The impugned paragraphs extracted from the article only refer to the gaining of influence by Sasikala in the party affairs after a brief period of hibernation and coming back into the party fold," the judge said.