“When there are no supplies of buffalo meat then how will we prepare and serve those items," says Mohd Usman, owner of century-old Tunday Kababi.

This will surely get kabab lovers’ goat.

"We are not closed, we are open, but we are only serving chicken dishes. When there are no supplies of buffalo meat then how will we prepare and serve those items," says Mohd Usman, owner of century-old Tunday Kababi.

BJP came to power in the state after landslide victory and chose firebrand Hindu cleric Adityanath to lead the country’s most populous state. In keeping with BJP's manifesto, Uttar Pradesh Chief Minister Yogi Adityanath had on Wednesday asked police to prepare an action plan for closure of slaughter houses across the state. He said there would be zero tolerance. Official sources did not specify the type of slaughter houses which will be shut. 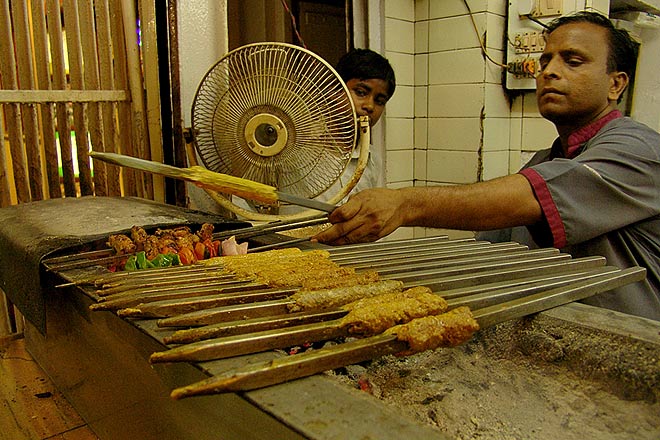 Tunday Kababi has two outlets in Lucknow -- at Aminabad and Akbari Gate -- in the city's densely-populated heart. The Aminabad outlet, which serves buffalo meat preparations, was closed for business on Wednesday but the Akbari Gate outlet that serves chicken and mutton dishes was open.

“It's hard to believe that Tunday Kababi would shut the shop because of meat shortage. That's ridiculous. Maybe, they have stopped serving beef (buffalo meat) kababs due to shutting of illegal slaughterhouses, but that shouldn't affect their business. Mutton and other meats are still available in plenty,” says filmmaker Sankalp Tripathi.

"Illegal slaughterhouses were bound to be shut. Any government would have done that. But to prove their agenda, I wouldn't be surprised if they try shutting the legit ones too," he said.

Truth be told, chicken kababs are unpopular among kabab aficionados. In Lucknow, conventionally the hub for Mughlai non-vegetarian preparations, it is mutton (goat) or 'bada' (buffalo) meats that set the gold standard. People eat chicken, largely in curry-based preparations, but chicken is a less economical meat. Meat from larger animals such as buffalo or goats are far more easy on the pocket.

Chicken fares low on the delicacy scale too. The bird is increasingly popular in India, because the government has been hard-selling poultry farming and egg consumption across the country since the 1980s. Thus, along with India's economic growth, many have taken to consuming non-vegetarian items. This is a relatively recent trend, witnessed largely over the last decade. Thus, between 1993 and 2005, chicken consumption in rural households rose by 150 per cent to reach 50g per month according to a NSSO 2008 study of consumption patterns. 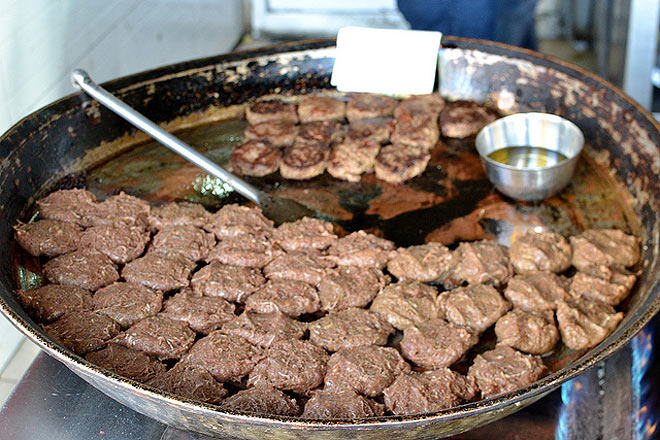 In urban areas, the leap towards chicken was even more visible. Consumption went up from 0.03 to 0.085 kg per household per month. Across the country, in 2005 nearly 20 per cent households said they consumed chicken compared to under 10 per cent in 1993.

Despite the rising popularity of chicken, for outlets such as Tunday Kababi, mutton or buffalo-meat dishes are the staple fare -- not chicken. Such old establishments do cater to the rising demand for chicken but the bulk of their customers come in for a slice of authentic Mughlai cuisine. That taste is impossible to replicate with chicken. Hence, if the buffalo meat crackdown continues, the establishments serving authentic fare is risked -- and so grows the risk of losing traditional Mughlai recipes -- and access to the relatively inexpensive meats.