Hizbul Mujahideen commander and slain militant Burhan Wani's successor Sabzar Bhat's killing in Tral encounter has only exposed the widening schism between the militant groups in the valley. 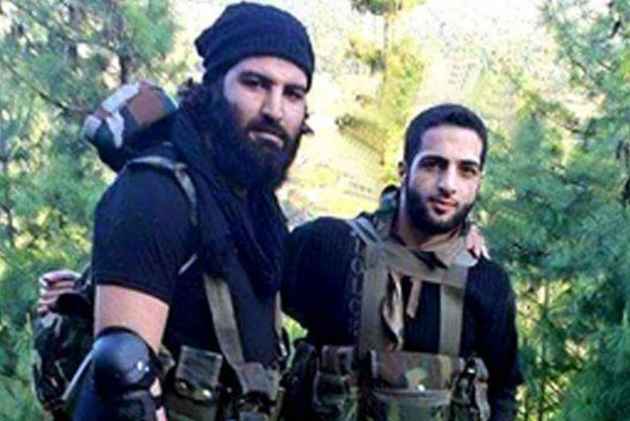 Hizbul Mujahideen commander and slain militant Burhan Wani's successor Sabzar Bhat's killing in Tral encounter has only exposed the widening schism between the militant groups in the valley.
An armed-militant organisation, Mujahideen Taliban-e-Kashmir, in a video that surfaced on the social media on Wednesday, said that they provided information on Bhat to the security forces because "he was coming in the way of Kashmir's Islamic struggle," reported Hindustan Times.
Another clip posted on Thursday showed three masked men telling both militants and Kashmiri citizens to follow former Hizb commander Zakir Musa unless they wanted to face the same fate as Bhat.
However, the report says, there hasn't been any confirmation from either Intelligence Agencies operating in the valley or Musa on the claim. The social media branded this as an attempt to divide the militancy movement.
Earlier in May, Zakir Musa, the then Hizbul militant commander, had threatened to behead the  Hurriyat leaders for calling Kashmir a political struggle. He said that Kashmir’s fight is for establishing Islamic Shariat and if the Hurriyat leaders will become roadblock in it, their heads will be chopped off and hung in the Lal Chowk for interfering in the militant group's "struggle for Islam".
“If it is not a Islamic struggle, then why you call Mujahids your own and participate in their funerals? Shut your politics”, Musa was heard saying in the over five-minute audio clip.
“Kashmir’s war is for Islam, particularly the war of Mujahids. We will implement Islamic Shariat. Don’t try to become a road block,”  he said.
In a joint statement separatists had denounced any attempt to change the “dimension” of Kashmir’s separatism.
The separatists had said that intelligence agencies were attempting to defame Kashmir’s separatist movement and had devised a “dangerous plan of changing its indigenous character”.
They said organisations “like the ISIS have no role” in the region and appealed to political and militant organisations to isolate those individuals who were being used to promote “India’s plan”.