The 62-year-old returned to the United States from her native Philippines late Tuesday and was met by FBI agents. 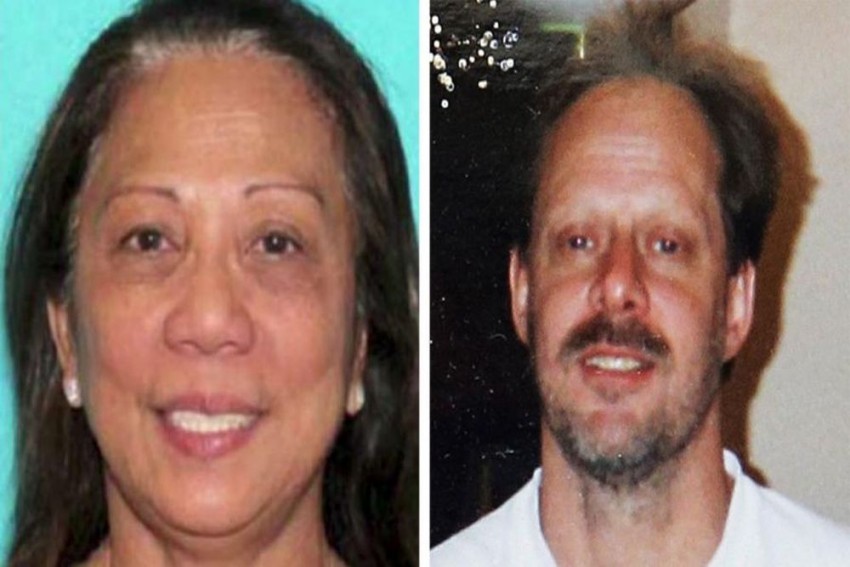 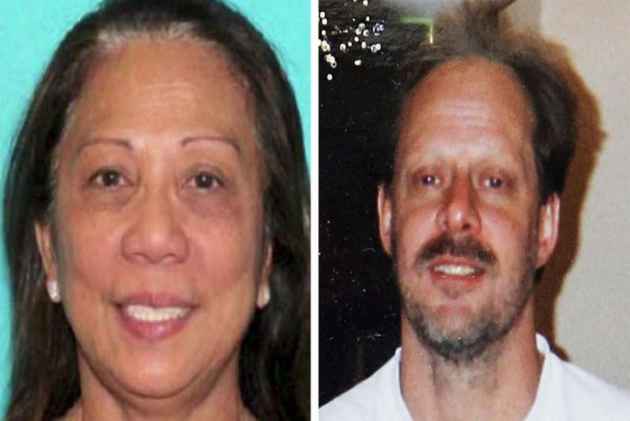 The girlfriend of the Las Vegas shooter said she had no idea he was planning the attack, describing her boyfriend as a "quiet, caring man" as President Donald Trump declared the United States a nation in mourning.

In her first public comments over the shooting at a country music concert that left 58 dead and 489 wounded, Marilou Danley said she had hoped for a quiet future with Stephen Paddock.

In Las Vegas, Trump visited with survivors and first responders, eulogizing parents and spouses who "used their own bodies to protect their loved ones" from the onslaught that eliminated any future for many.

He toured the Las Vegas Police Department Command Center and the city's University Medical Center, where he met, among others, officer Tyler Peterson who was injured while responding to the shooting.

"In the months ahead, we will all have to wrestle with the horror that unfolded this week. But we will struggle through it together," the president said.

Air Force One touched down at McCarran International Airport as the FBI was questioning Danley for clues to what drove Paddock to mass murder.

The 62-year-old returned to the United States from her native Philippines late Tuesday and was met by FBI agents.

In a statement read by her attorney Matthew Lombard, she said she had no hint of what was to come: "I knew Stephen Paddock as a kind, caring, quiet man."

"I loved him and hoped for a quiet future together with him," she said.

"He never said anything to me or took any action that I was aware of that I understood in any way to be a warning that something horrible like this was going to happen."

Danley added that two weeks ago, Paddock had told her he found a cheap plane ticket for her to visit family in the Philippines and had wired her money to purchase a house while she was there.

She said she became concerned at that point, thinking he wanted to break up with her.

"It never occurred to me in any way whatsoever that he was planning violence against anyone," said Danley, an Australian citizen who moved to the United States 20 years ago to work on the casino strip.

US authorities have been at a loss as to how a 64-year- old gambler and retired accountant hauled a vast arsenal of weapons to his hotel room and launched his assault.

Investigators say the shooting appeared to be extensively planned: Paddock set up one camera in the peephole of his hotel room door and two in the hallway.

The attack unfolded in just 10 minutes from the first shot to the last, but Paddock was not confirmed dead for more than an hour after that, Las Vegas Sheriff Joseph Lombardo told journalists yesterday.

Lombardo said the scale of the preparations for the attack -- including the weapons, ammunition and electronics he stockpiled -- raise questions about Paddock potentially having had an accomplice, but none has been identified.

He also updated the number of people wounded in the attack, putting the latest figure at 489.

As the victims' harrowing stories emerged in the media, America once again grappled with calls for reforms to its permissive firearm control laws.

Trump largely stuck to a talking point repeated by dozens upon dozens of Republican officials: "Well, we're not going to talk about that today. We won't talk about that."

US officials have reacted cautiously to a claim by the Islamic State jihadist group that the shooter had carried out Sunday night's massacre on its behalf.

Authorities said Paddock, who had no criminal record, smashed windows in his hotel room shortly after 10 pm on Sunday and rained fire on a crowd of some 22,000 attending the country music concert below.

When a SWAT team stormed the room where Paddock had been staying since September 28, they found he had killed himself.

So far, investigators have found nothing to explain Paddock's actions, but were continuing to hunt and trace every possible clue about a gunman they described as a "psychopath.