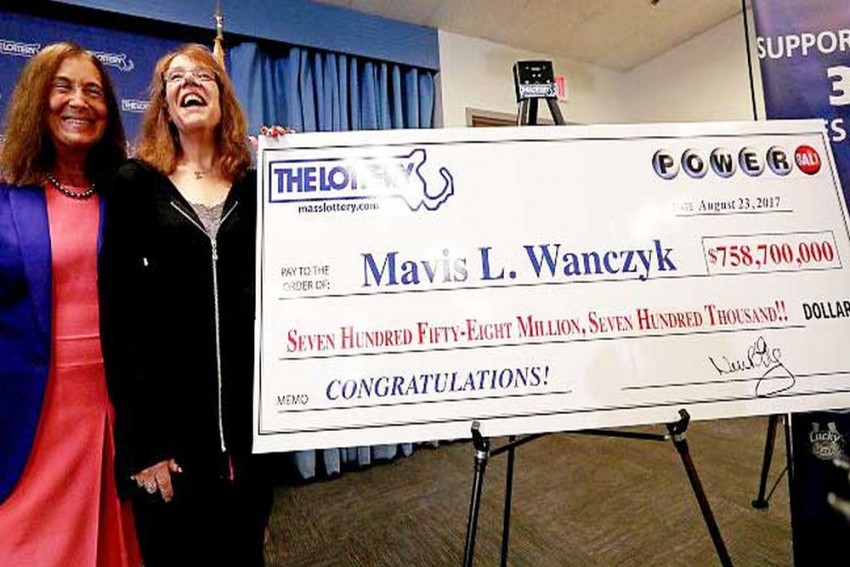 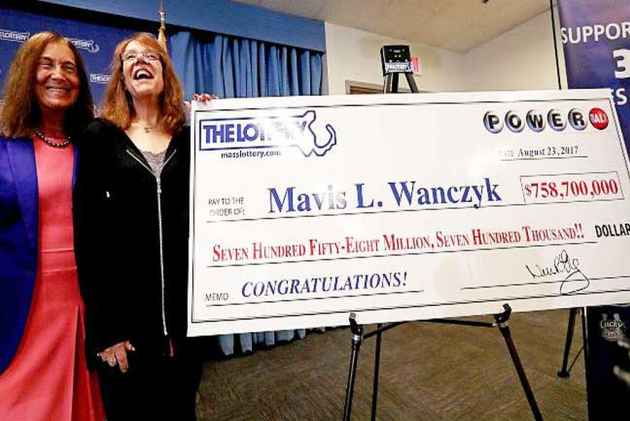 A 53-year-old Massachusetts mother of two on Friday came forward to claim the largest single jackpot win in US history -- $758.7 million -- and promptly quit her job of 32 years at a hospital.

Mavis Wanczyk said she played the lottery as a "pipe dream," never believing that it would one day be possible for her to retire early from the Mercy Medical Center, where she has worked for decades.

"I've called up and told them I will not be coming back," she said to laughter at a news conference hosted by the Massachusetts State Lottery.

"I'm going to go hide in my bed!" she added when asked how she planned to celebrate, wearing black-framed spectacles, a zip-up hooded black sweater over a grey lace top, necklace and shoulder-length thick auburn hair.

Wanczyk selected the winning numbers -- including a blend of family birthdays -- and bought the ticket from a convenience store in Chicopee, a small town 100 miles (160 kilometers) west of Boston, calling it "a chance I had to take."

"I was there just to buy it for luck," she explained, chewing gum and grinning. Accompanied to the news conference by her mother and two sisters, she was still dazed after her monumental win.

She now has the choice of taking the jackpot as an annuity spread over 30 years or a one-off cash lump sum of USD 480.5 million, depending on state taxes.

"First thing, I just want to sit back and relax," Wanczyk said.

She said she found out she had won from a colleague when they were leaving work overnight and promptly went into shock.

"I couldn't drive anywhere, I couldn't do anything," she said. "So he followed me actually to make sure I was safely home."

Wanczyk, who has a 31-year-old daughter and 26-year-old son, said she previously been "OK" financially and had yet to work out how to spend her millions, other than paying off the car she bought last year.

She said she now wanted to be alone to "figure out what I want to do."

While she could have remained anonymous, she said she came forward so quickly because she wanted to "get it over," hoping that everybody would leave her alone.

The $758.7 million jackpot is Powerball's highest since a January 2016 world record of $1.6 billion, which was split between three ticket holders from California, Florida and Tennessee. Each took home $528.8 million.

A mad rush for tickets had propelled the bonanza up from an originally announced $650 million as lines formed out of shopping malls and grocery stores.

Powerball is played in 44 states, Washington DC, Puerto Rico and the US Virgin Islands.

US And China Will Avoid A ‘Thucydides Trap’