Lack Of Intellectual Rebellion In Students Is Worrying: Nine Things Learnt About The Young Indian

I have often said that I wish comments against reservations are preceded by an acceptance of the reality that certain communities face discrimination. This never happens. The only thing that the youngsters are angry about is that they want ‘merit’ to triumph over reservations. 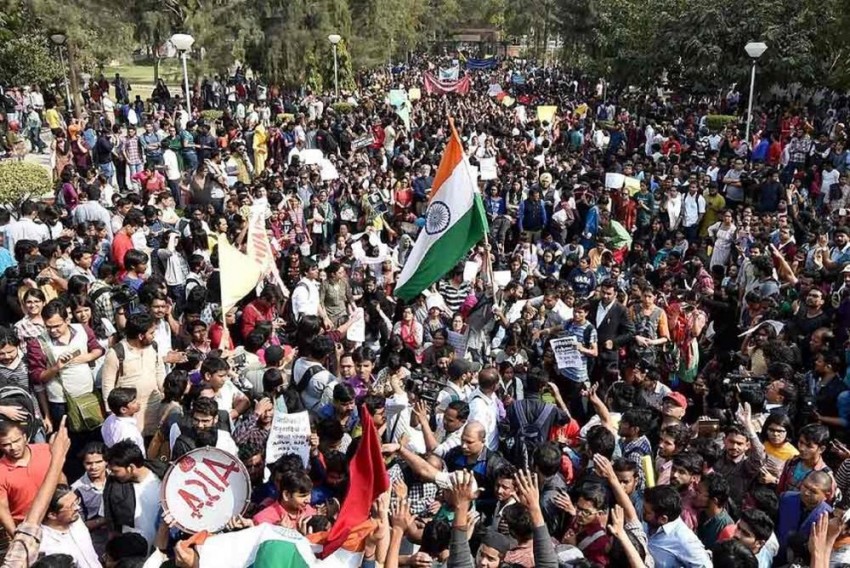 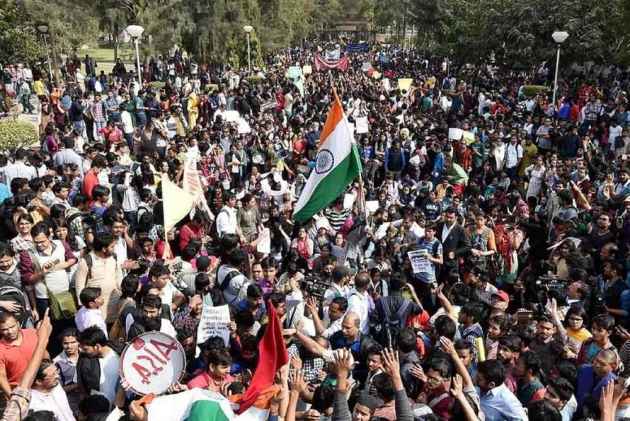 In the course of my work over the years, I have spoken to hundreds of audiences and to tens of thousands and possibly lakhs of people. Often these are young people from the middle class in college. The usual way in which the intercourse happens is that I speak for a half hour or forty minutes on some subject and then the audience offers its comments or asks questions.

In the last few months I have made a series of trips where I spoke to large groups in a few states and I was reflecting on the common things I find in the audiences.

The first thing has to do with their perspective. It is clear to me based on the large sample size that I have encountered that Indian children are not rebellious, they are conventional. This extends to authority figures, whether in their classroom or in politics or journalists and celebrities. They are reverential, unquestioningly so for the most part. This I think is unusual because college students are not respectful of authority in most parts of the world, certainly the western world. In Indian students there is little or no intellectual rebellion and this is worrying.

The second thing is that, broadly speaking, our young women are more open to considering some ideas that are unconventional than our young men. For example, if I question the idea of nationalism, the women are more likely to nod their heads, less likely to ask angry questions at the end.

The third thing is that both sexes are uniformly unaware of the idea of social justice. For example, let us look at reservations. The audience members I have encountered are almost never sympathetic to the plight of the dalit and the adivasi. Even after it is established that there are almost no dalits and adivasis in the audience, because they have been excluded thoroughly from the system, the view does not change. I have often said that I wish comments against reservations are preceded by an acceptance of the reality that these two communities face discrimination. This never happens. The only thing that the youngsters are angry about is that they want ‘merit’ to triumph over reservations.

However, I never get questions about either the North East or about the Naxal violence. Kashmir and stone pelters greatly agitate our youngsters. And this agitation of theirs is not accompanied by any particular knowledge of the history of Article 370 and the behaviour of the Indian state.

Because they are students, this is surprising. They hold the black and white view of national and anti-national that is shown on our channels.

Fifth, there are exceptions to the observations made above and generally speaking these come in colleges of fine arts and literature and that sort of field. Engineering and commerce and science students are more likely to be the norm.

Sixth, Prime Minister Narendra Modi is very popular with students. He is thought to mean well and they like what they see in him. The students can easily dismiss objections about either his past or his performance.

Seventh, while they are uncomfortable with the lynchings linked to cattle slaughter and beef, they do not hold the government responsible for the violence.

Eighth, they never speak unprompted about their future or the jobs market in India. They seem to be either unaware of the debate about employment being one of the big issues or they are confident that their own future is sorted.

Ninth, I should say that the quality of questioning is basic and weak. We are not producing good students who are examining the issue independently of what they are being fed either by the media or their educators.

The last thing is that the quality of language of those who use English is poor. The higher education system is throwing out graduates who are not equipped for proper white collar work and many if not most of them lack basic communication skills that are required for high end work.