After his spectacular innings on Sunday night, Virat Kohli can claim the title of being the best batsman in the world 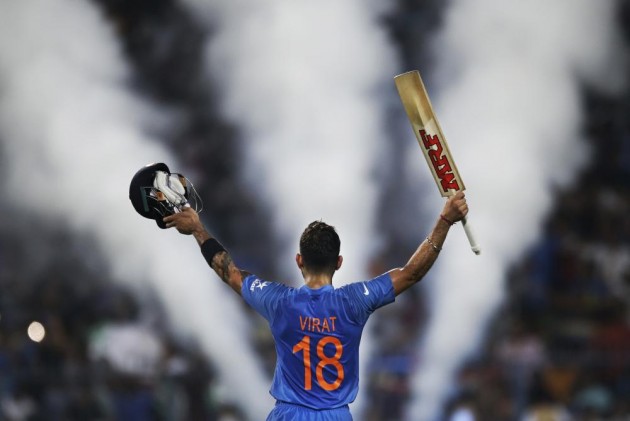 A supremely fit Virat Kohli played a Kohinoor of an innings on Sunday night to make it memorable for millions of Indians watching the live telecast globally — and guide the team into the semi-finals of the ICC World Twenty20.

Raised on a protein-rich diet of boiled chicken/vegetables and grilled fish, Kohli’s fitness reflected starkly during his tireless 78-minute stay at the crease. He sweat, but was not tired. He exhibited maturity beyond his 27 years as he played a calculated game and saw the team through against the formidable Australians. He remained unbeaten on 82, scored off 51 balls (9x4s, 2x6) as India crossed the tough hurdle of the 161-run target at the Punjab Cricket Association IS Bindra Stadium in Mohali.

Kohli never allowed his nerves to get the better of him. And when he seemed to be losing his composure towards the end of the successful chase, ‘Super Cool’ captain MS Dhoni calmed him down. “MS, in the end, kept me calm. I could have gotten over-excited so I think it was a wonderful team batting effort and very happy we crossed the line," Kohli, who was adjudged the Man of the Match, said after the encounter.

While stamping his undoubted class on the contest, Kohli not only scripted a win for India, but ensured that the ICC World Twenty20 trophy remained out of reach for Australia. It is the only ICC cup that Australia have still not been able to clinch.

Not just for Australia, Kohli is a bigger spoilsport, individually, too. At least, that is what Shane Watson, the best Aussie on display on Sunday night, would like to think so. Watson had announced that he would retire from international cricket after this tournament and Sunday’s virtual quarter-final turned out to be his last game.
India will now play against the 2010 ICC World Twenty20 champions West Indies in the semi-final on Thursday in Mumbai.

An “emotional” Kohli termed his knock as the best T20 knock. And why not? "It certainly has to be in the top three — probably the top right now, because I'm a bit emotional, so I would like to put this on top. Against Australia, a world-class side, literally a quarter-final for us, we had to go over the line. There's a lot riding on us in this World Cup, we are playing at home and the crowds want to see us and we just want to give them as much entertainment and fun as possible," he said.

Legendary Sunil Gavaskar minced no words as to who is the world’s best batsman at the moment. "The best batsman in the world today by a long distance. Worth going miles to watch," he said.

It was indeed a sensible, mature and well-paced innings that ensured that the early departure of Shikhar Dhawan and Rohit Sharma didn’t impact India’s run chase much. Kohli first strung an effective alliance with Yuvraj Singh, who got injured early during his 18-ball 21 and then with Dhoni took the match to the logical conclusion.

The only thing Kohli missed was that he didn’t get to hit the winning runs, which would have been a perfect icing on the cake. Dhoni, as is his wont, slammed the winning boundary to trigger a bit wild celebrations in the Indian dressing room even as Kohli went down on his keens in the middle after pointing at something skywards with his index finger. Perhaps he was thanking the Almighty. Perhaps he was remembering his late father.

Inadvertently, Kohli, with his innings on Sunday, has prolonged the ongoing debate as to who is a bigger match winner — Sachin Tendulkar or him. His match-winning 82 seem to have settled the debate — at least, that’s what his millions of fans would like to believe.

Now, over to the Wankhede Stadium in Mumbai.