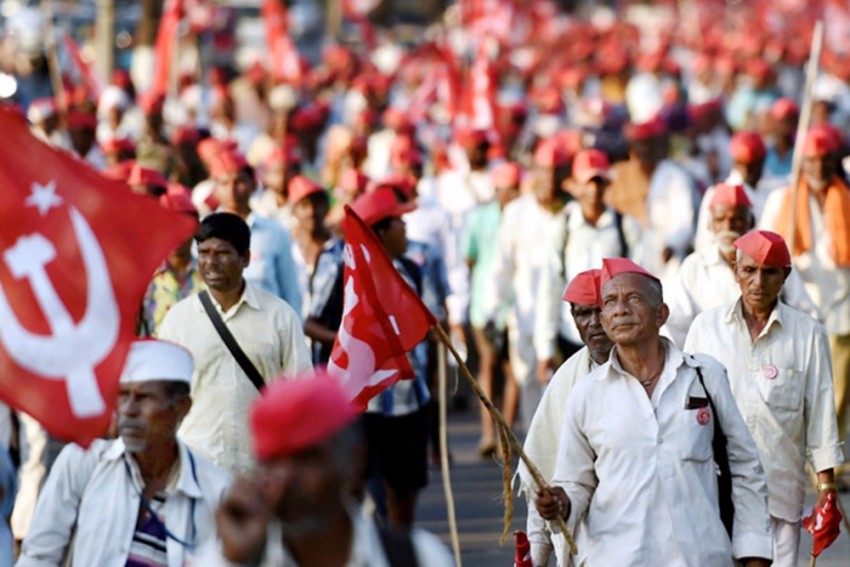 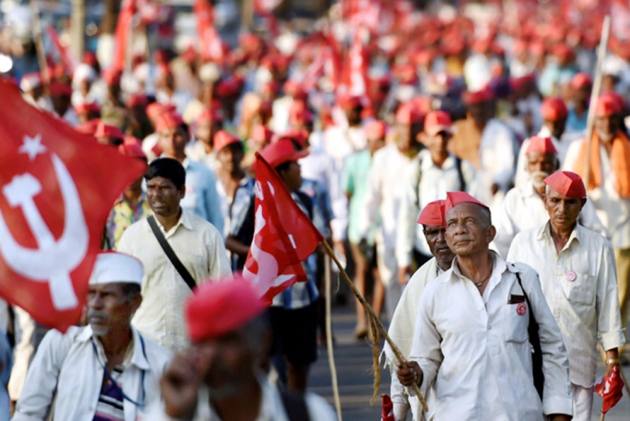 A slew of farmers from as many as 21 districts of Maharashtra assembled at Nashik on Saturday and began their march towards Mumbai in order to register their protest and intensify their agitation against the new farm laws that were enacted in September last year.

The march is taking place under the banner of All India Kisan Sabha. Over 15,000 farmers belonging to Akhil Bharatiya Kisan Sabha (AIKS) Maharashtra began their march on foot down a seven-kilometre long stretch, from the Kasara Ghat joining Nashik and Thane districts, at 9 am. The march comprised of a large number of women and youth farmers, and ended at 11:30 am.

About 1,200 farmers decided to travel to Mumbai by vehicles.

The Vehicle Jatha, as they termed it, was welcomed by hundreds of CITU-affiliated factory workers from Igatpuri and Shahapur tehsils and their arrival was marked by showering flower petals.

It then crossed Mumbai at the Mulund Check Naka in the afternoon and was warmly received at the Kannamwar Nagar at Vikhroli by hundreds of activists of the CPI(M), CITU, DYFI and AIDWA in Mumbai, led by Party CCM Mahendra Singh.

The farmers are to conduct a massive rally to Raj Bhavan in Mumbai on January 25 which will be organised by Akhil Bharatiya Kisan Sabha.

Many more farmers are expected to join the protest in order to intensify the protest against the new farm laws from January 23 to 26. The farmers taking part in the vehicle rally will converge at Azad Maidan on January 24 and begin a three-day sit-in.

Last month Pawas issued a warning and said the centre should not test farmers' patience.

A delegation will also present a memorandum to Governor Bhagat Singh Koshyari, the release said.

Thousands of farmers, mostly from Punjab, Haryana and western Uttar Pradesh, have been camping at several border points of Delhi since November 28 last year, demanding a repeal of these laws.

The agitation will conclude on the morning of January 26, Republic Day. The groups plan to hoist the national flag, sing the anthem, and a pledge to make the current struggle of farmers and workers victorious at all costs.