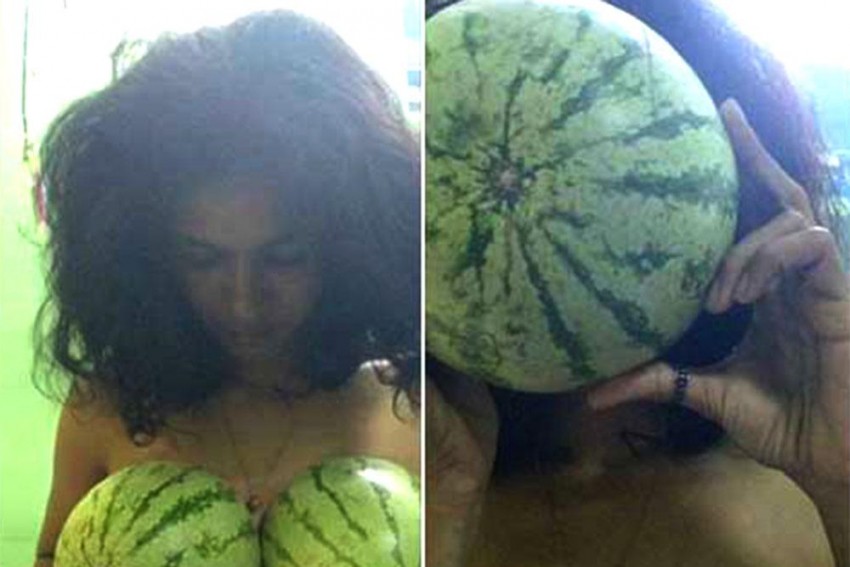 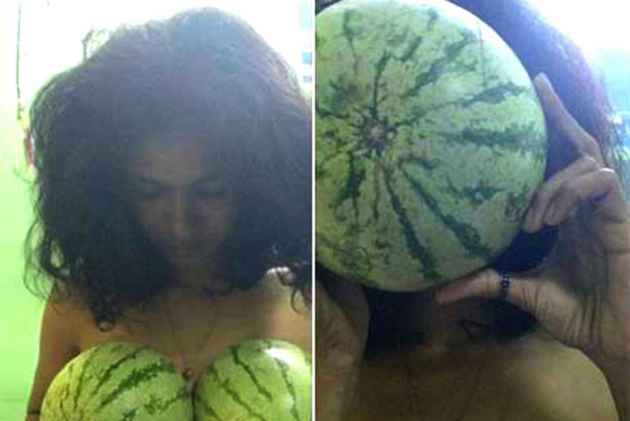 At least two women from Kerala have gone topless on Facebook launching a campaign against a professor’s remark that girls display their chest like water melons.

According to Malayalam news portals, it all began after a man called Vishnu shared his partner Arathy SA’s topless picture on Facebook in protest against the professor’s remark. Later, Thiruvananthapuram-based Diya Sana posted on Facebook pictures of a topless woman holding watermelons. She said the photos belonged to her friend Rehana Fathima, a social activist and model, who had become the first woman to play Pulikkali, a traditional dance form where the artists wear tiger costumes.

Since then, the Facebook has removed their pictures and blocked their accounts. However, the women are now getting both bouquets and brickbats.

The professor’s remark had invited widespread fury on social media. An Assistant Professor at Farook College in Kozhikode, he had said in a public speech that girl students of his college do not cover their chests with hijab but display them like the slice of water melon.

"I am teacher of a college where 80 per cent of the students are girls and of that, majority are Muslims. These girls are not wearing dress as per the religious tradition. They are not covering their chests with hijab. But showing part of it is like slice of red water melon being displayed," he has been heard saying in the clip, as translated by The Deccan Chronicle newspaper.

He had also slammed girls wearing leggings, saying the girl students hold purdah deliberately up to show off the leggings.  He also warns them that this kind of immoral dress style will lead them to losing both physical and spiritual worlds.

Protesting against this, Sana told Manorama, “It's all your choice. Women should have the liberty to wear what they like,” adding, “I wonder when would our society stop objectifying women?”

“What is wrong in uncovering your physique before people? The same social spaces which celebrate male bodies frown at female bodies and shame it. 'Nudity' becomes a taboo when a woman reveals her body. I have slammed this patriarchal attitude many a times," said Rehana, as quoted by Manorama.

Earlier, Kerala had witnessed a similar campaign against social taboo on breastfeeding in the open. A man posted his partner’s breastfeeding picture on social media. Later, Grihalakshmi magazine, carried a breastfeeding female model on its cover, with a caption, “Women Tell Kerala, Don’t Stare, We Need To Breastfeed”.

Later, speaking to Outlook, the model, Gilu Joseph had said, “All that abuse that’s being directed my way doesn’t bother me one bit. I modelled for the cover because I strongly support the cause.”

Wish Someone Warned Me Against Tobacco Usage 40 Years Ago, Says Sharad Pawar