Hanan Hamid, 21, a BSc student at a private college in Thodupuzha, became an overnight sensation after a video clip of her selling fish in college uniform was widely shared on social media. 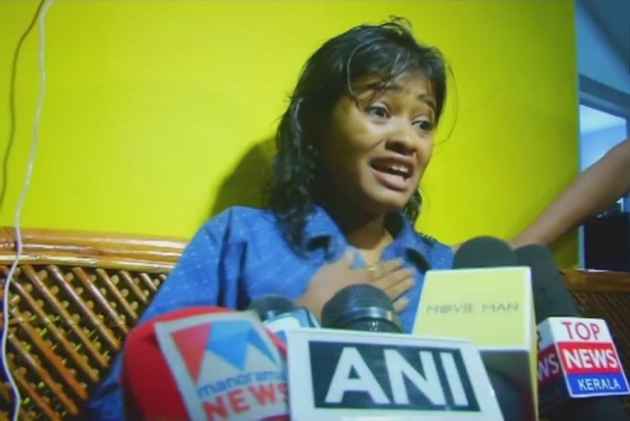 The Kerala police took a man into custody for allegedly posting derogatory comments against a 21-year-old girl, who was trolled on social media for selling fish after college hours.

Noorudeen Sheikh is being questioned and a complaint has been registered against him. He has been charged under various sections of the IT Act, besides provisions attracting non-bailable offences, IANS  reported.

Hanan Hamid, 21, a BSc student at a private college in Thodupuzha, became an overnight sensation after a video clip of her selling fish in college uniform was widely shared on social media, drawing praise and condemnation in equal measure from Kerala’s online community.

Kerala: Police has taken a man from Wayanad into custody for allegedly posting derogatory comments against the 21-year-old college student Hanan (in pic) who was trolled on social media over her video of selling fish in uniform after college. (File pic) pic.twitter.com/oZT2SYHj1c

Hanan travels 60kms from her college to sell fish after her classes. She purchases her stock in the morning before starting her day at college. Apart from selling fish, she has also tried her hand in several other jobs ranging from selling snacks to anchoring for television to acting as a junior artist in a Malayalam movie to earn her way through college as she pursues an MBBS degree.

According to local reports, Hanan’s parents divorced her after her father turned an alcoholic, just before she was to appear for her higher secondary board exams. While her brother moved in with his father, her uncle gave shelter to her mother. This left Hanan to fend for herself.