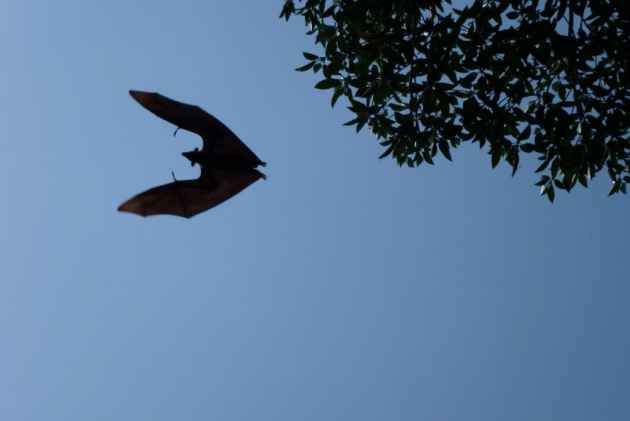 Kerala state health department has been put on high alert after the death of three people of a family in Kozhikode district in the past two weeks, reportedly due to 'Nipah' virus.

State Health Minister K K Shylaja today said the nature of the virus was yet to be ascertained.

"The kind of virus that caused the disease has not been ascertained. Blood and other samples of the deceased have been sent to the National Virology Institute, Pune. The results will be made available in a few days",she told reporters here. after chairing a meet of top health department officials.

A district level special task force, headed by Kozhikode District collector, U V Jose has been formed in the wake of the deaths due to this virus, official sources said.

The Director of Health service, Kerala, Dr R L Sarita, took the decision to form the task force after the meeting.

A single window system has been put in place to monitor emergency treatment to meet any eventuality, they said.

While a 50-year-old lady died at a private hospital Changarothu in the district yesterday,her male relatives, aged 25 and 23, died on May 18 and May 5.

Dr Sarita told reporters that the deaths occurred due to a rare virus and that the health department has taken all preventive measures.

"We need to ascertain which type of virus caused the deaths. Many viruses are zoonotic types and some can be transmitted through bats", she said.

She said the health department has issued directions to all District Medical Officers to maintain vigil and forward information in case people with similar symptoms approach them for treatment.

"We have started special medical camps at Changarothu to avoid further spread of the disease", she added.

Eariler, Lok Sabha MP and former union minister Mullappally Ramachandran sought the central government's intervention to contain the outbreak of what he termed was a 'rare and deadly' virus in some parts of Kozhikode district.

In a letter to union health minister J P Nadda, a copy of which was made available to the press in Kochi, he said some panchayats, including Kuttiyadi and Perambra, in his Lok Sabha constituency of Vatakara were in the grip of the "deadly virus."

He said some doctors had termed it as Nipah virus, while others said it was zoonotic and it spread fast and was fatal.

"The mortality rate is reportedly 70 per cent. The spread of the disease needs to be contained," he said

Live, BAN vs OMN, T20 World Cup: Oman Restrict Bangladesh To 153 All Out