The Kawasaki Vulcan S was the last motorcycle launch of 2017. Here, we bring you the five most interesting facts about this cruiser 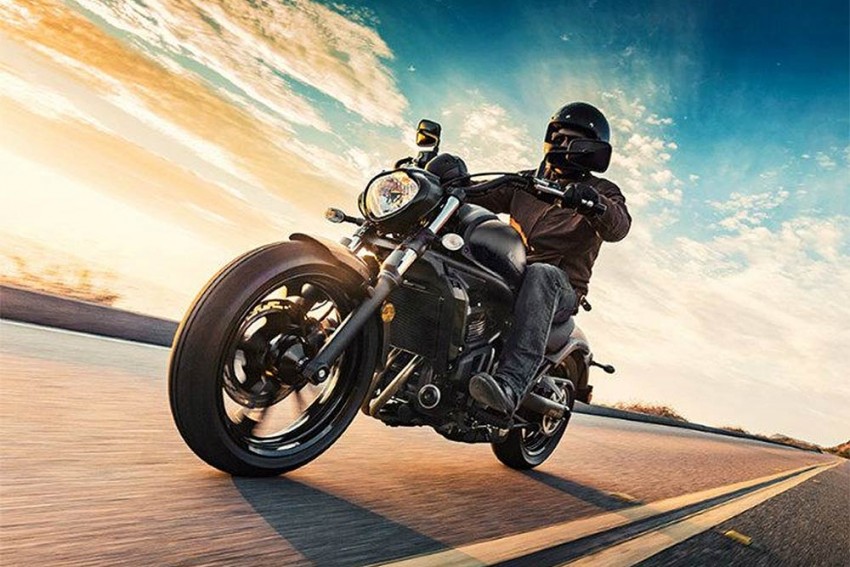 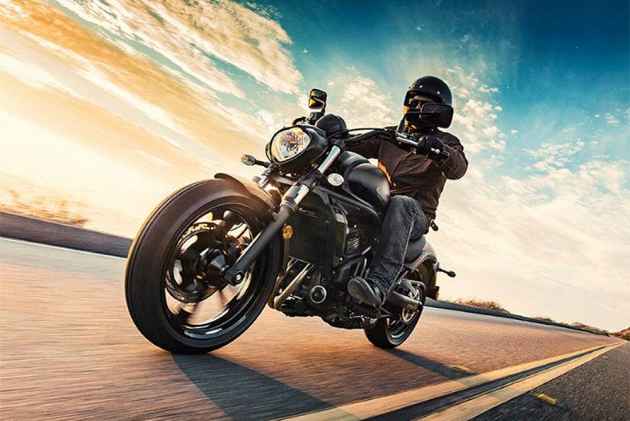 The Kawasaki Vulcan S holds the distinction of being the first cruiser motorcycle offering from the Japanese two-wheeler giant for the Indian market. The launch of the Vulcan S has long been anticipated in our two-wheeler space but Kawasaki kept delaying it for reasons best known to them. It adopts a more modern and urban kind of styling and is devoid of any bling. Blacked-out elements, alloy wheels and offset monoshock give it a more modern look and this should make the Kawasaki Vulcan S appeal to youngsters as most of the cruiser bikes on sale in this segment have a more old-school approach. Also, the Kawasaki Vulcan S is available in just one colour - flat ebony (black),  but we expect more options to be introduced in the near future. 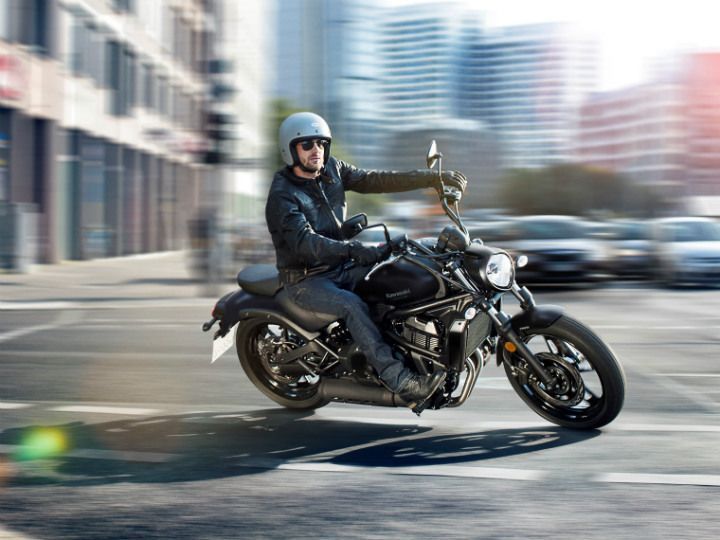 Although Kawasaki has officially launched the new Vulcan S in India for Rs 5.44 lakh (ex-showroom), the bike hasn’t made its public debut yet. It is expected that the new cruiser motorcycle from Kawasaki will be showcased to the Indian audience at the 2018 Auto Expo. Bookings for the bike has started across all Kawasaki dealerships in India and we expect deliveries to commence in February 2018 after the bike make its public debut. It will be brought to India via the CKD route and assembled at Kawasaki’s plant in Chakan. It is because of CKD assembly that Kawasaki has been successful in pricing the new Vulcan S so aggressively, as the Harley-Davidson Street 750 which is built in India retails for Rs 5.17 lakh (ex-showroom).

Powering the new Vulcan S is the same parallel-twin engine as seen on the Kawasaki Ninja 650. The 650cc liquid-cooled motor delivers 61PS at 7500rpm while 63Nm of peak torque is made available at 6600rpm. The engine is mated to a 6-speed gearbox. According to Kawasaki, the motor has been tuned to deliver relaxed power delivery and good fuel efficiency, which will be beneficial while touring. Also, Kawasaki claims that by using a parallel-twin engine instead of a traditional V-twin engine, it has been successful in placing the motor further forward in the frame, thereby allowing for a slimmer chassis and increased lean angle. While the new Kawasaki Ninja 650 and the Z650 employ a trellis frame, the Vulcan S features a diamond-type chassis as seen on the older Kawasaki ER-6n. Suspension duties are handled by 41mm-dia telescopic front forks and 7-way adjustable monoshock at the rear. Braking is done via 300mm-dia single disc brake at the front and 250-dia single disc at the rear wheel. The cruiser motorcycle tips the scale at 231kg (kerb weight), while fuel tank capacity stands at 14 litres. Seat height is low and accessible at 705mm and ground clearance stands at 130mm. 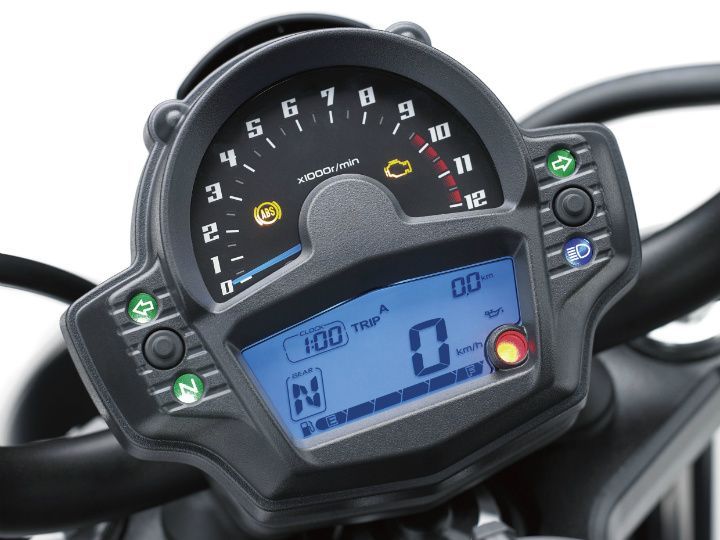 Talking about features, the Kawasaki Vulcan S is equipped with a single-pod semi-digital instrument console with a large analogue tachometer taking centre stage. An interesting aspect of the Vulcan S is the fact that the rider can alter the riding position depending on his need. It is offered with three-way adjustable handlebar and footpeg position so riders of varying sizes will be comfortable on the new cruiser bike. Despite its cut-throat pricing, Kawasaki haven’t skimped on ABS as the Vulcan S comes equipped with dual channel ABS, which is a good move.