He sought the international community's help for this 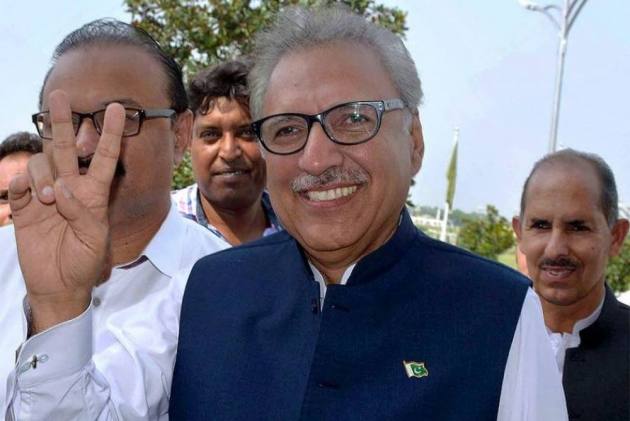 Pakistan's new President Arif Alvi on Monday raked up the Kashmir issue in his first address to the joint session of Parliament, saying Kashmiris have a right to "self-determination" as he sought the international community's help.

At the same time, he stressed that Pakistan wants peaceful relations with India.

"We want a peaceful solution to the Kashmir issue and will continue efforts for this. Kashmiris have a right to self-determination and I urge the international community to help," the president was quoted as saying by Geo news.

Alvi, a close ally of Prime Minister Imran Khan and one of the founding members of the ruling Pakistan Tehreek-e-Insaf (PTI) party, addressed the lawmakers for the first time in a joint sitting of Parliament after becoming the country's 13th president on September 9.

Addressing the Kashmir issue briefly, he said that instead of indulging in "blame game" on the Kashmir issue, he would like for the government to "continue its efforts at every level", Dawn reported.

It is important to resolve and improve ties between India and Pakistan.

Pakistan will keep its efforts up towards Kashmir.

"We will take all the necessary steps and not deprive them (Kashmir) of their rights," ALvi was quoted as saying by The Express Tribune.

The president also stressed on austerity and eradicating corruption in his maiden address to the joint session of Parliament as lawmakers from the Pakistan Muslim League-Nawaz staged a walkout from the session.

Missile That Shot Down Malaysia Airlines Flight 17 Was Ukrainian: Russia