He was killed along with an associate during a gunfight with the security forces in Qaimoh area of adjoining Kulgam district. 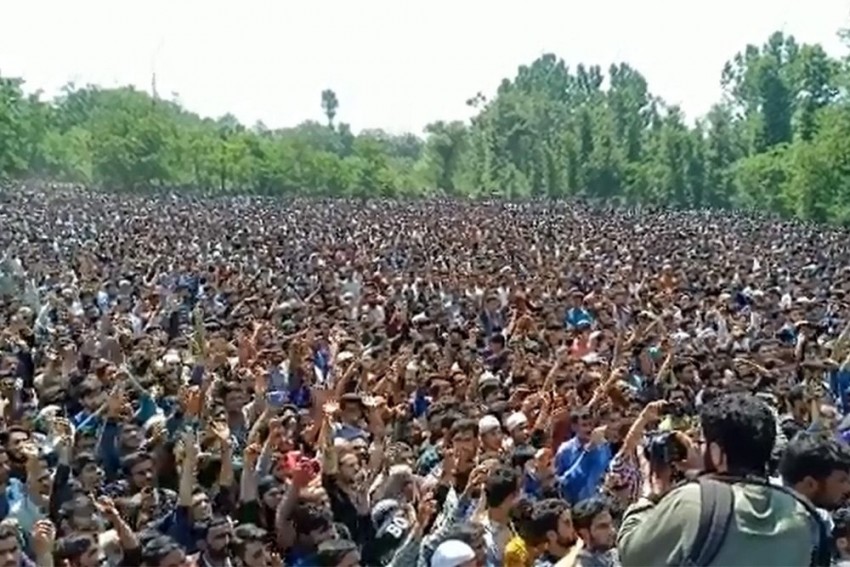 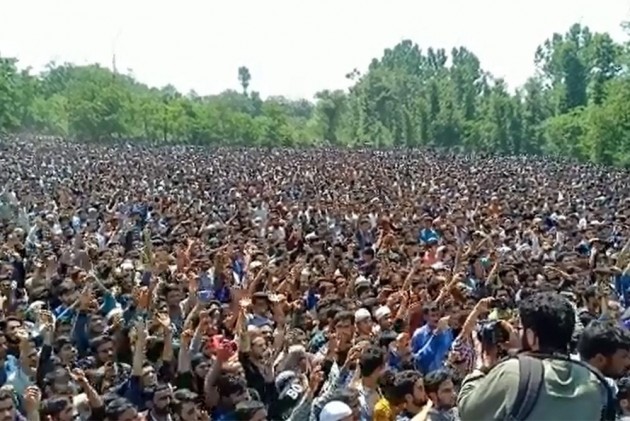 Thousands of people on Monday participated in the last rites of militant commander Shakoor Ahmad Dar at his native Sopat-Tangpora village in Devsar area, around 70 km south of Srinagar.
He was killed in an encounter with the police and the army on Sunday. Shakoor was a commander of the LeT. Several terror-related cases were registered against Shakoor in different police stations of South Kashmir. He was involved in a number of other civilian atrocities and attack on security establishments in the area.

He was killed along with an associate during a gunfight with the security forces in Qaimoh area of adjoining Kulgam district. During the encounter, the security forces captured one militant alive.
A civilian was also killed when the security forces opened fire on protesters during the gunfight. The police said the protesters tried to disrupt the operation.
The civilian identified, Yawar Dar, sustained injuries in cross firing and was evacuated to the hospital for medical treatment however he succumbed to his injuries.
Separatists on Sunday called for a strike in Kashmir on Monday against the recent civilians' killings allegedly in the security forces firing.
The JRL (Joint Resistance Leadership), comprising Syed Ali Geelani, Mirwaiz Umar Farooq and Mohammad Yasin Malik, has called for a complete shutdown, a JRL spokesman said in a statement.