The JD(S)-Congress government in Karnataka plunged into a crisis with 13 MLAs of the alliance submitting their resignation to the Speaker. Follow live updates here 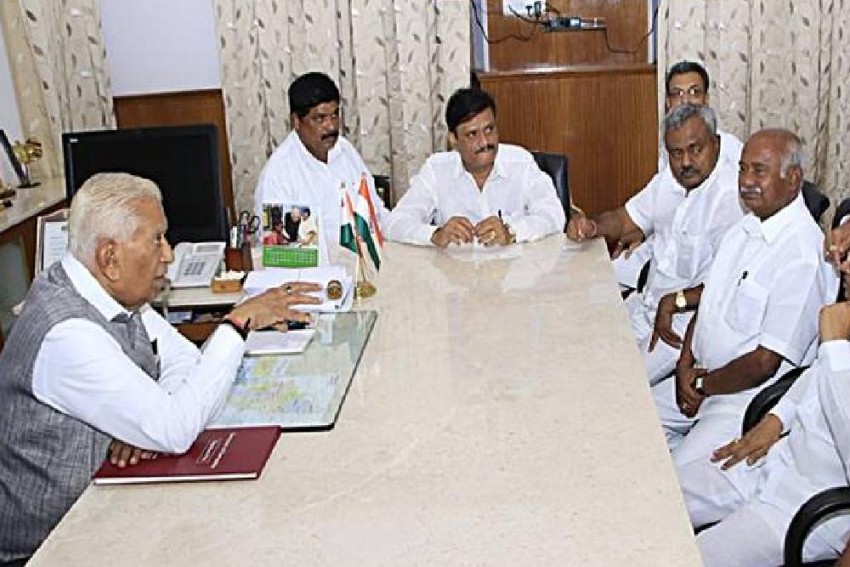 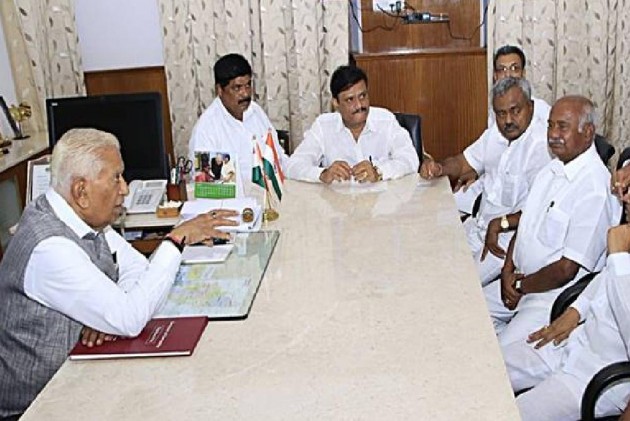 The JD(S)-Congress government in Karnataka plunged into a crisis on Saturday, with 13 MLAs of the alliance submitting their resignation to the Speaker.

The Congress accused the BJP of trying to topple the coalition government by "buying" MLAs, but the BJP dismissed the charge saying it had nothing to do with the resignations and the internal feud between the ruling allies was responsible for the political instability in the state.

The troubled ruling coalition, which has a strength of 118 in the 224-member Assembly, faces the risk of losing the majority if the resignations are accepted.

8:38 PM: Karnataka Congress MLA ST Somashekar says that we, 13 MLAs, submitted resignation to the Speaker and informed Governor. "We all are together. No question of going back to Bengaluru and withdrawing the resignations," he told media outside Sofitel hotel in Mumbai.

8:29 PM: "If the coordination committee decides that Siddaramaiah should be the CM, we have no objection. Congress is making efforts to save the government.

"They have told the members that some seniors should resign from cabinet and make way for others," he was quoted as saying by ANI.

6:06 PM: Congress has issued a circular calling on all Karnataka MLAs to attend Congress Legislature Party (CLP) meeting called by Siddaramaiah on July 9. Karnataka Congress in charge KC Venugopal and Karnataka Congress chief Dinesh Gundu Rao will also be present in the meet. The circular also says that strict action will be taken against those giving the meeting a miss.

4:30 PM: Maharashtra BJP Vice President and MLC Prasad Lad was on Sunday spotted outside Mumbai's Sofitel hotel where at least 10 Congress-JD(S) MLAs, who resigned on Saturday, are lodged.

When asked what he was doing there, Lad told ANI he was on BJP's membership drive and had no idea about the ongoing political crisis in Karnataka, except for what the media were reporting.

12:14pm: "This clearly shows that BJP is behind all these defections. It is Operation Kamala...Everything is fine. Don't worry. Govt will survive, there is no threat to the govt,' Siddaramaiah tells reporters on Karnataka political crisis.

11:45am: Union Minister and BJP leader Pralhad Joshi said, "Congress party as a whole is trying throw out HD Kumaraswamy. It's Congress party's game plan to out HD Deve Gowda and family. Siddaramaiah is responsible, also some senior Congress leaders are involved in it."

11:15am: The fresh threat to the survival of the 13-month-old coalition comes at a time when Chief Minister H D Kumaraswamy was in the US. He is expected to return today.

Mallikarjun Kharge, Congress, when asked that there are talks that he could be made the Karnataka CM: I don't know. I want this alliance govt to continue. We want that this should go on smoothly. These are all flimsy information being fed to the press just to divide us. pic.twitter.com/NSDXRnjoYh

BS Yeddyurappa, BJP in Bengaluru, #Karnataka : I am going to Tumkur and I will come back at 4 pm. You know about the political developments. Let's wait and see. I don't want to answer to what HD Kumaraswamy and Siddaramaiah say. I am nowhere related to this. pic.twitter.com/vYNbvKRcJQ