JNU Does Not Need An 'Instrument Of War' To Feel Love For This Land: JNUTA Responds To VC's Demand For an Army Tank in Campus 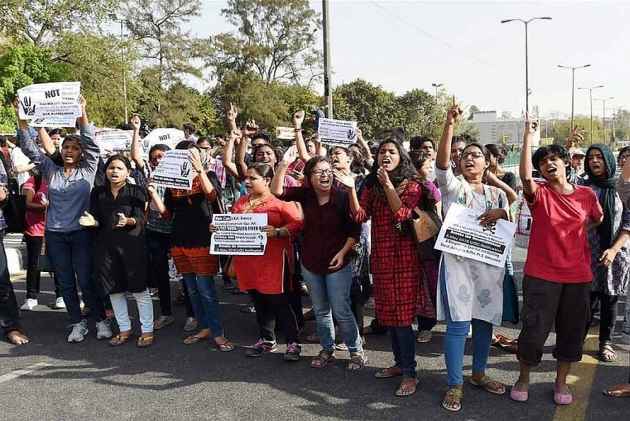 Students and teachers of the Jawaharlal Nehru University have virtually rejected Vice Chancellor Jagadesh Kumar's demand for an army tank in the campus, saying that the institution cannot be turned into a "theatre of war".

"The Jawaharlal Nehru University Teachers Association (JNUTA) is amused by the vice chancellor's earnest desire that a tank be rolled onto JNU campus. It is surprising that Prof Jagadesh Kumar can only be inspired to patriotism upon beholding instruments of war," JNUTA president Ayesha Kidwai said in a release.

"The JNU community does not need these visual aids to feel love and concern for this land," she said.

During the Kargil Vijay Diwas celebrations held at the campus yesterday, the VC had asked Union ministers to help him procure a tank to be displayed inside the varsity premises as a reminder of sacrifices of Army personnel.

Reacting to the criticism of his demand by the students and teachers' associations, JNU VC Jagadesh Kumar told PTI, "A tank was asked only to recognise and respect sacrifices of our alumni. JNU has been issuing degrees for cadets from all three forces---the Army, Navy and Air Force".

"VC taking a lead in turning the campus into a parade ground is a worrying sign of debilitating and distinctly anti-intellectual effects," JNUTA said.

The association also accused the central government for making vice chancellors comply with its agenda to constantly demonstrate love of country through physical symbols and staged events.

"Army tanks are not for spectacle. Nationalism cannot be infused through beholding instruments of war. The VC and his idea of a tank in the varsity is not needed to instill patriotism. Patriotism is not to be enforced upon," Chakraborty said.