"Bashir Lakshari and three terrorists are trapped in the security forces cordon in village Brenti in Anantnag." 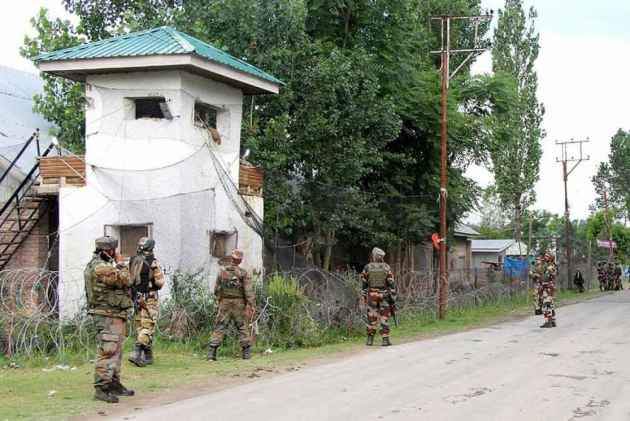 A top Lashkar-e-Taiba militant, involved in the killing of six policemen last month, was among the four ultras trapped in a security forces' cordon in Anantnag district of Kashmir where a civilian woman died in crossfire today, police said.

"Bashir Lakshari and three terrorists are trapped in the security forces cordon in village Brenti in Anantnag. The trapped ultras were involved in the killing of an SHO and five other policemen in Achabal area of south Kashmir on June 16," a police spokesman said.

A woman was killed after she was caught in the exchange of fire between security forces and the militants during the operation.

Tahira, 44, sustained injuries during the encounter and was rushed to the district hospital, where she died later, officials said.

Security forces launched a cordon-and-search operation in Brenti-Batpora in Anantnag early today after they received information about the presence of the militants, a police official said.

He said the search operation turned into an encounter after the militants opened fire on the security forces.

A police spokesman said the militants were using civilians as human shields and that efforts were on to rescue them. The operation was still on.

On June 16, SHO Feroz Ahmed and five other policemen were killed on the outskirts of Anantnag district.