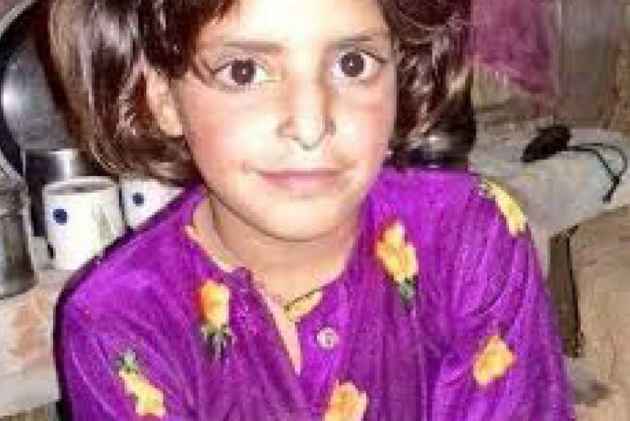 The Jammu and Kashmir lawyers, who called for a general strike in the region on Wednesday, prevented the Crime Branch from filing chargesheet into gang rape and murder of an 8-year-old nomad girl Asifa.

High drama prevailed outside the CJM Court in Kathua where police reinforcement called in to facilitate the entry of Crime Branch officials into the court.

The Jammu High Court Bar Association (JHBA) today called for a general strike in support of various demands, including deportation of Rohingyas and Bangladeshi nationals from here.

Earlier, when Asifa’s body was brought to a nearby village, a group of youths, allegedly belonging to the Hindu right-wing had disallowed her burial in the graveyard owned by her family and relatives. They had even threatened of communal clashes if she was buried there, acco­rding to the local All Tribal Coordination Committee (ATCC).

Investigation had revealed that it was a pre-planned killing carried out with the intention of instilling fear among the Bakharwal nomads residing in the area and driving them out. It was found that she was held captive under the influence of sedatives in a Hindu prayer hall maintained by one of the accused.  Forensic tests had confirmed the strands of hair found in the “devsthan” (prayer hall) at Rasana village in Kathua near Jammu match with the DNA of the victim

On January 23, the state government handed over the case to the state police's crime branch which formed an SIT and arrested six people, including two Special Police Officers (SPOs) and a head constable, who was charged with destruction of evidence.

Right-wing outfit Hindu Ekta Manch had taken out protest march demanding the release of the SPO. “It will disturb the situation. We are against the murder of the minor nomad girl but we don’t want our men to be framed,” a report by the Rising Kashmir had quoted a leader of the outfit as saying.

PTI reported that Jammu Bar Association has been on strike since April 4 demanding, among others, handing over of the Kathua rape-and-murder case to CBI and clarity of the state government's stance on tribal affairs.

"Pursuant to our meeting with civil society and leaders of different political parties on Saturday, we decided to observe a general strike on April 11 in entire Jammu region in support of the demand for eviction of Rohingyas and Bangladeshi nationals," JHBA president B S Slathia said.

Work in the high court and other courts were hit for the sixth day today due to the lawyers' strike. The association will continue the strike and will take a decision on future course of action on April 11.

"The Supreme court has asked for maintaining of status quo with regard to Rohingyas. We demand that they be shifted from here to any other part of the country and provided all facilities," Slathia said.

Claiming mass support to the strike call, he said the bar was forced to agitate on the issues which are communal in nature.

The bar as well as the civil society had rejected the appeal of the BJP to end the strike and said it was ready for negotiation with the government but not any party, he said.

Defending its demand for handing over the Kathua rape-and-murder case of a minor girl to the CBI, Slathia said it only favoured "fair investigation" of the case as the government sidelined the Jammu crime branch and gave responsibility of the investigation to a special team from Kashmir.

"A criminal is a criminal and not linked to any religion. We demand severe punishment to those who have done wrong but we will not hesitate to raise our voice if the investigation is done in a wrong way," he said, adding the government should have come forward on its own and handed over the case to CBI.

Slathia said the lawyers would visit different markets in the city tomorrow to educate people about the issues and seek their support for the bandh.

Meanwhile, BJP state spokesperson Anil Gupta today appealed to the lawyers to not allow their "genuine concern for people of Jammu to be hijacked by the opportunistic Congress party, which has no popular support base and wants to piggy back on them for their survival politics."

He said since most of the issues highlighted by the advocates are sub-judice, it would be better if the lawyers used their professional skills and prayed judicial remedy rather than dabbling in politics.