Till July 20, as many as 87 local youths had joined militancy in the state, according to Union Minister Hansraj Gangaram Ahir. 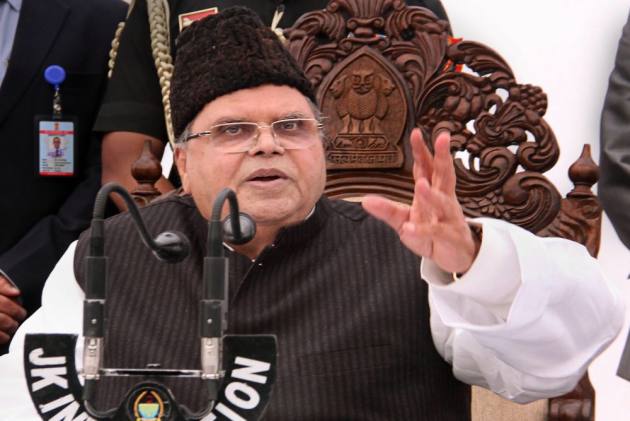 Satya Pal Malik, Governor of Jammu and Kashmir, on Monday said that the number of youth joining the ranks of militants has reduced significantly and claimed that only one boy has joined militancy in the state in past three monts.

Speaking to mediapersons in Jammu, the Governor who has regularly been hitting headlines after he took over the charge of the sensitive, outlined the achivements of his administration.

"In (the past) three months, only one boy has joined militancy. No other person has joined the militant ranks during this period," he said after the Guard of Honour at the Civil Secretariat, Jammu, which reopened on Monday after a 10-day break owing to the bi-annual 'Darbar Move'.

Till July 20, as many as 87 local youths had joined militancy in the state, according to Union Minister Hansraj Gangaram Ahir.

However, only last week, days after a Kashmiri youth went missing from a private university in Uttar Pradesh, social media posts carrying purported pictures of him claimed that he had joined militant ranks in the Valley.

He went missing on October 28 after he left the varsity with official permission to go to Delhi, days after he was mistakenly roughed up during a scuffle between Indian and Afghan students in the campus.