Jallikattu: By The Thevars, Of The Thevars; Nothing Progressive In It

More from Gopalan TN
View All

1965. Last time when massive student protests shook the state. A few set themselves on fire, a few were killed  in police firing, besides there was widespread damage to public property. It was a stir against the move to make Hindi the sole official language of the nation. The switch would have placed the non-Hindi-speaking at a distinct disadvantage, hence the overwhelming support. The state was never the same thereafter. The DMK rode to power two years later, and the Congress was permanently reduced to a bit player.

However, the current pro-jallikattu agitation is unlikely to result in any such far-reaching changes.

The ordinance promised by the state government and, possibly, the apex court's willingness not to create  further problems by giving any ruling  could be followed by the staging of a grand spectacle, amid a lot of mutual backslapping. 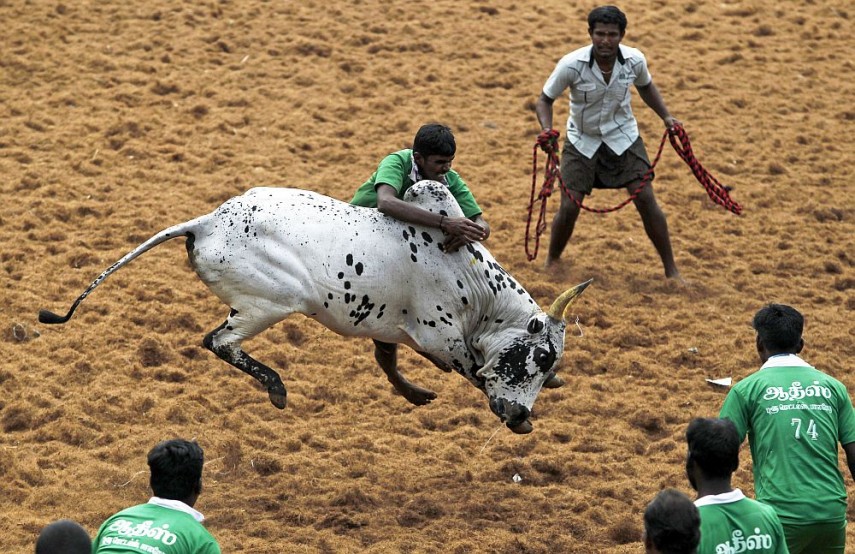 But there is no guarantee the legislation will be eventually upheld by the courts, and even if it is, unlikely jalliikattu will become a trendsetter in the Tamil Nadu political landscape. This will remain a one-off success for the Tamil nationalists.

One must remember that it was a far more emotive moment when the Tamil Tigers were facing annihilation 2009, but the protests petered out as mainstream political parties were none too keen to bail out the embattled guerrillas, for various reasons. Unlike now when none has anything to lose in backing the struggle, if anything some electoral returns are possible, and hence the near unanimous support.

More than anything else it is the carpet coverage by innumerable TV channels that has energized the protesters like before. The North Indian  channels were wary of the Lankan Tamil-related agitations and hence played rather coy, but  is apolitical almost, never mind the seeming anti-North slant. Like with political parties, nobody's interests  are threatened, and hence they have all jumped in with glee, gaining TRP in the process - all reacting on one another, creating a huge illusion of mass movement. But for the special conjuncture as outlined above, things might not have come to such a pass at all.

That apart these students are not certainly animated by any great social vision. For instance Dalit activists have ignored the stir by and large, complaining that as a  community they are kept out of jallikattu by  the intermediate castes who lord it over. But not a single voice, a single banner demanding that it be made more inclusive.  None cares, no one is excited. When  pressed all that they would say is, well in due course. Raising it now could prove divisive. 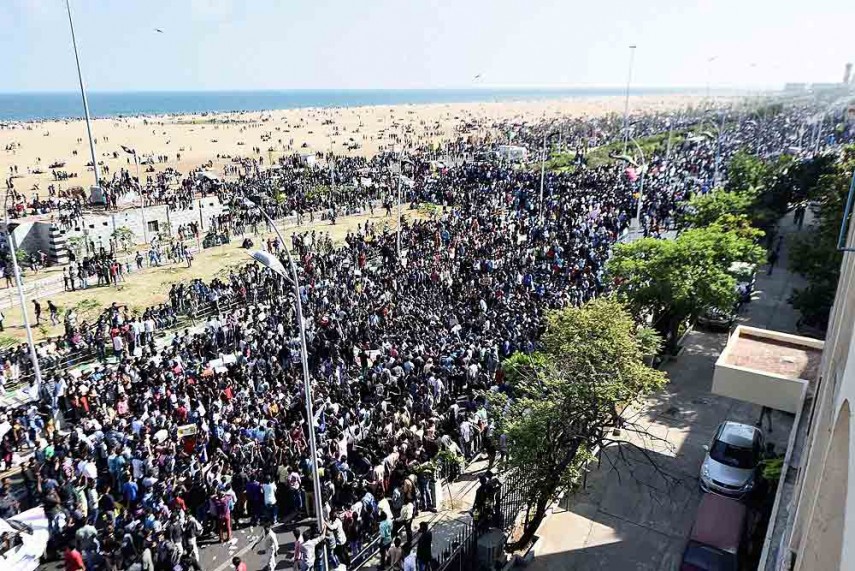 It is also pertinent to remember that the ruling AIADMK is controlled by the Thevars for whom the jallikattu is a valorous tradition, uniquely theirs and not to be messed with.  The not so tacit official  patronage could be traced to this factor. Such being the case, where is the possibility of any progressive strain emanating from this?

Even more worrisome is the hysterical denunciation of and the unprintable slander showered on those who oppose jallikattu, like the PETA. All political discourse is essentially Dravidian here, and Periyar E V Ramasamy, the founder of the Dravidian movement,  used to resort to most abusive language when attacking the Brahmins, it may be recalled. The discourse  might have become civilized over time, still the atavistic streak never exactly vanished and irrupts every once in a while, and it is scorching.

Also as is the case with all such partisan agitations,  facts matter little. Like they try to make out as if but for jallikattu, native breeds vanish, but experts tell us loss of grazing commons, disappearance of water bodies and migratory paths and mechanization of agriculture have together contributed to the decline of native species. But no arguing with our cultural guardians.

No, one can't see anything positive in these dervishes driven by false gods.

(The author is a senior journalist based in Chennai. Views expressed are personal.)