The polls to urban local bodies in Jammu and Kashmir will be held in four phases with the first completed Monday. 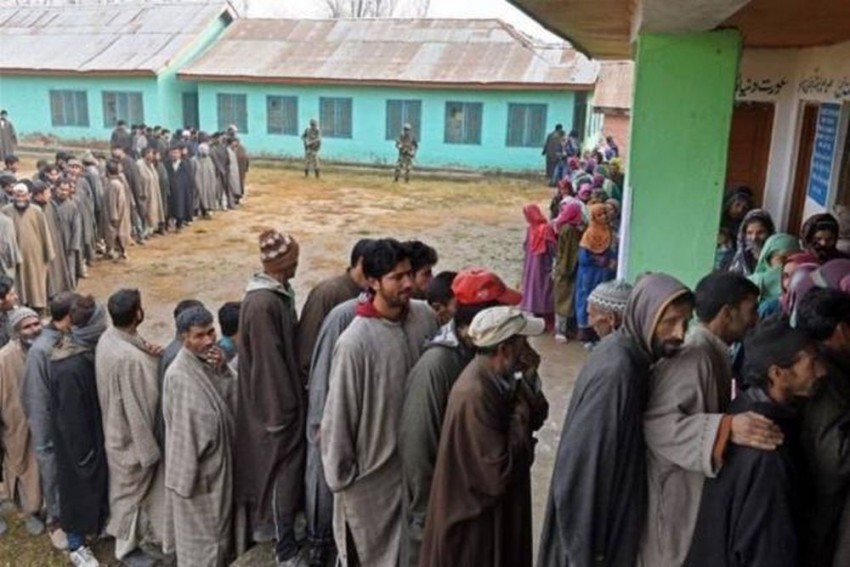 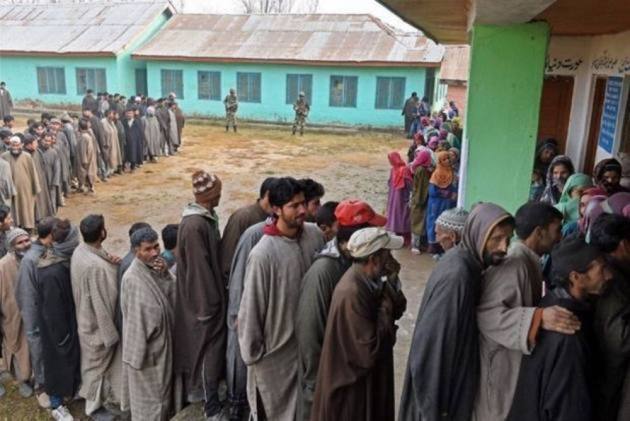 Just 8.3 per cent of the electorate voted in the first-phase of the urban local body polls in militancy-wracked Kashmir Valley, while Kargil recorded the highest turnout of 78 per cent, an official said Monday.

Polling in 83 wards of the valley began at 7 am and ended at 4 pm amidst tight security.

"Only 7,057 voters of the 84,692 eligible persons turned up to vote in the wards which went to polls Monday. The polling was by and large peaceful," the official said.

The polls to urban local bodies in Jammu and Kashmir will be held in four phases with the first completed Monday.

Heavy polling was witnessed in Kargil and Leh, which recorded turnouts of 78 per cent and 52 per cent respectively, the official said.

Out of the 30,074 voters in three wards of the Srinagar Municipal Corporation, 1,862 turned up at heavily-fortified polling stations.

Polling was held for only 83 wards in the valley Monday as 69 were won uncontested.

The first-phase of the elections in the valley remained by and large peaceful with some minor incidents of stone pelting reported from Bandipora district where a BJP candidate was injured after being targeted by miscreants.

The polls were announced last month but two major political parties -- the National Conference (NC) and the PDP -- boycotted the elections accusing the Centre of not taking a firm stand on the protection of Article 35A of the Constitution which is facing a legal challenge in the Supreme Court.

Militants had issued threats to anyone participating in these polls, resulting in absence of any campaigning by the candidates. They had also killed two NC workers,

In several wards, especially those in south Kashmir, no candidate filed nomination papers for the polls.

For ensuring security of candidates, they were moved to safe locations and their details were not made public.

The election authorities also kept the identities of the contesting candidates from the valley secret due to security reasons, prompting the people to term these polls as 'secret elections'.