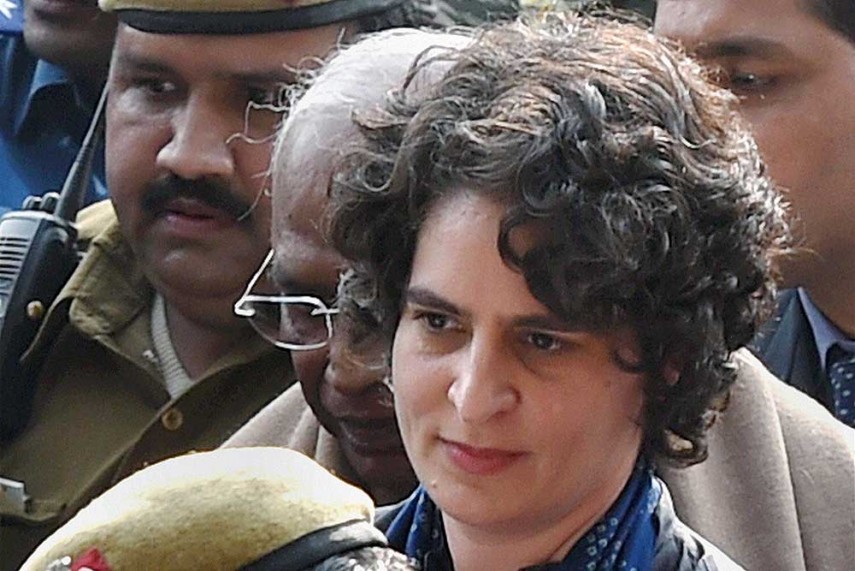 Priyanka Gandhi Vadra gave a fitting reply to BJP leader Vinaya Katiyar's offensive statement that said there are prettier campaigners than her.

Her close aide Preeti Sahai has tweeted Gandhi's  comments that read "If that's all he sees in my colleagues,.. who have battled through all sorts of hardhsips to get where they are,...he exposes the BJP's mindset toward the better half of the population of India."

Hours after Sharad Yadav made some outrageous remarks on 'daughter's honour', senior BJP leader and Rajya Sabha member Vinaya Katiyar invited controversy with his remarks on Priyanka Gandhi, a day after her name appeared on the Congress' list of election campaign for the UP assembly polls.

When, after a long anticipation, the Samajwadi Party and Congress alliance was made official, Priyanka Gandhi Vadra was included in the list of star campaigners.

Sharad Yadav has served as JD(U) President and is currently a Rajya Sabha member.