The GSLV-F08 rocket saddled with the passenger satellite in its payload fairing blasted off from the second launch pad at 4.56 pm. 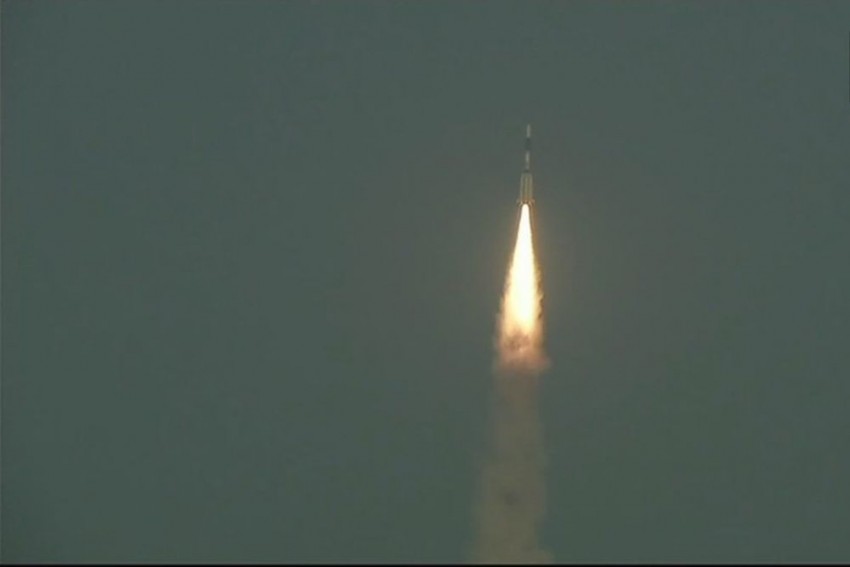 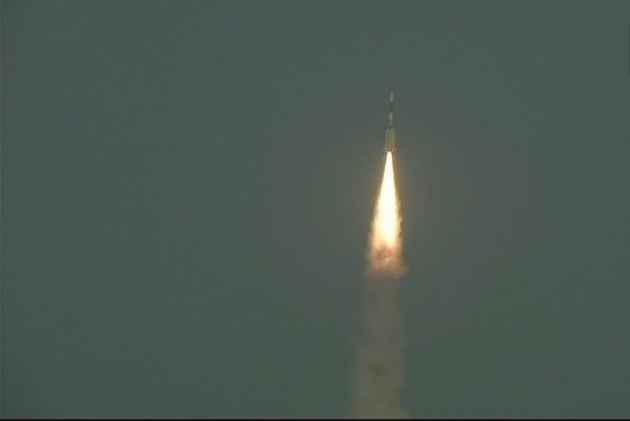 Scripting yet another success story, ISRO today placed into orbit its latest communication satellite GSAT-6A launched on board its geosynchronous rocket GSLV-F08 from the spaceport here.

At the end of the 27-hour countdown, the 49.1-metre Geosynchronous Satellite Launch Vehicle (GSLV-F08), fitted with indigenously developed cryogenic third stage, lifted off from the Satish Dhawan Space Centre here at 4.56 pm and soared majestically into the clear sky.

The satellite, with a mission life of about 10 years, would provide thrust to mobile communication through multi-beam coverage facility, the Indian Space Research Organisation (ISRO) said.

In a text-book launch, about 18 minutes later, the rocket injected GSAT-6A into the geostationary transfer orbit as the ISRO scientists broke into celebrations at the mission control centre.

"Congratulations to ISRO and other stakeholders on the successful launch of GSLV-F08 with indigenous cryogenic stage," he tweeted.

GSAT6A was a complement to GSAT6, which was already in orbit, and these two satellites combined will provide a platfrom for development of advance technologies, he said.

This is the first mission for Sivan, who assumed charge of the space agency in January.

The space agency had yet another precise launch. Right from the core stage ignition to the GSAT-6A satellite separation, the entire launch was completed within the scheduled mission.

This is the 12th flight of GSLV rocket and the sixth with indigenous cryogenic upper stage.

The 2140-kg GSAT-6A is a high power S-band communication satellite and would complement the services provided by GSAT 6 since its launch in 2015.

It will be a technology demonstrator for high power S-band transmission from the satellite for supporting two-way communication, according to ISRO.

The satellite will also provide a platform for developing technologies such as demonstration of 6m S-Band Unfurlable Antenna, handheld ground terminals and network management techniques that could be useful in satellite-based mobile communication applications.

ISRO had made significant improvements in the GSLV Mk-II rocket including induction of high thrust Vikas engine in the second stage.

A jubilant S Somanath, Director, VSSC, said the GSLV F08, the "naughty boy tamed by Sivan (was) behaving well in this mission".

The satellite was put in a very good orbit which will ensure long service, he added.

Sivan's first assigment as ISRO chief happened to be an "important" one, he said.

In January, the space agency had successfully launched its 100th satellite along with 30 other spacecraft, including weather observation Cartosat 2 series on board its Polar rocket from here.

That launch included 28 satellites from foreign countries and the successful mission had put behind the rare setback ISRO suffered after the failure of the PSLV-C39 mission in August last year.