Gender Is Not In Your Genitals But In Your Mind: Meghna Pant

Meghna Pant is a multiple award-winning author, journalist, feminist and speaker. She is the co-author of ‘Feminist Rani’, a collection of powerful feminist voices. Winner of the ‘Laadli Media Award’, 2018, Meghna says that feminism is not an ideology but a process. It is about creating an equal society not just for women, but also for men.

What made you write the Feminist Rani?

I have been curating a monthly event in Mumbai over the last three years called Feminist Rani. Conceptualised by SheThePeople, we bring together thought leaders and opinion makers in front of a live audience to discuss different issues around gender parity. Nothing is out of bounds. We discuss everything from rape to body shaming to trolling to motherhood to sexual agency to female friendships.

We had everyone from Aditi Mittal to Trisha Shetty to Rana Ayyub to Rega Jha to Mallika Dua. The talk has been successful and we have seen active participation and interest by both men and women from all walks of life. We realised the talk would translate well into a book (to me everything sounds better in a book) and fortunately for us Milee Ashwarya from Penguin felt the same way.

What is feminism according to you? And why did you choose the topic of feminism?

If you want to understand feminism then do this one simple thing: remove all gender prescriptions from your life. Live your life not as a man or a woman, but as a human being. Create equal opportunity for yourself and exercise equal agency. I became a feminist because I wanted to be a good human, which is what feminism is all about. 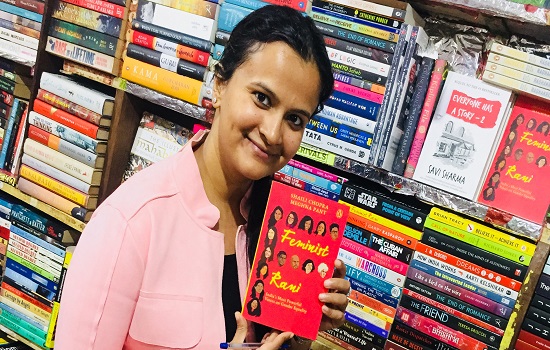 Your book is a collection of interviews, what made you choose these people? When did the idea of the book come up?

Feminist Rani features India’s top feminists like Kalki Koechlin, Aditi Mittal, Shree Gauri Sawant, Gul Panag, Rana Ayyub, Deepa Malik, Aarefa Johari, Gurmehar Kaur, Ankhi Das, Sapna Bhavnani, Sorabh Pant, Tanmay Bhat, Malishka Mendonsa and Rohini Shirke. These are men and women from all walks of life: actors, comedians, activists, journalists, sportswomen, corporates, and even a beekeeper. We have selected these path-breaking and fascinating opinion leaders as they have advocated gender equality and women's rights through their work, words and deliberation. The idea for the book came up in 2015, but we found the courage to send it for publication only last year.

How did you and Shaili Chopra come together for the book?

Shaili and I have known each other since 2006 when we worked together at NDTV, where both of us were young ambitious journalists. I moved to New York the next year. When I came back to India in 2013, Shaili and I met, this time as two women making their own mark and finding their own voice. I have hosted shows, written articles, curated Feminist Rani, and been a speaker for Shaili’s wonderful venture SheThePeople. Our ideologies and work ethic matches, and it is so inspirational to work with someone who makes you the best version of yourself in the true spirit of sisterhood. Our story, in many ways, is the true mark of feminism: women who lift each other up.

What is the state of feminism in India and how and when did the feminist movement in India actually begin?

Unlike the West, India’s feminist history is widely undocumented, undefined and unknown. It is unclear when feminism in India even began. Did it begin in religion where Indian goddesses, such as Durga, Saraswati and Laxmi, are as equally revered as the gods? Did it begin in the sexual agency of The Kama Sutra? Was it when Raja Ram Mohan Roy abolished Sati? Or when Sarojini Naidu asked for women’s voting rights in 1919? Or when Mahatma Gandhi started the Stree Shakti (women power) movement? Or when Savitribai Phule fought for caste, education and social upliftment? How can we women of India know ourselves when we don’t even know our own history, which has been conveniently documented by men? Isn’t it time we took ownership of our stories and weaved them into the history of our nation? On top of that, India’s inherent heterogeneity has led to multiple patriarchies, which has led to multiple feminisms. Feminist Rani is the outcome of such repression and fluidity, an answer to understanding gender issues and the role women play in modern India. 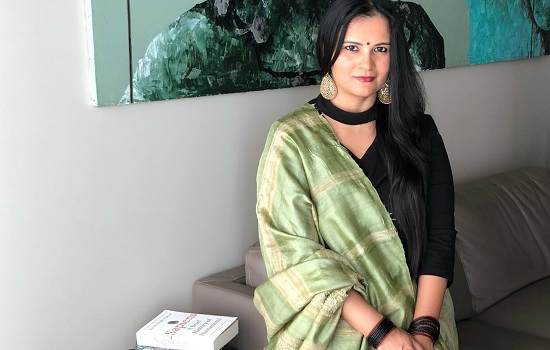 I have heard that the book involves the LGBTQ community as well... Can you elaborate on it?

The LGBTQ community has faced a lot of resistance from what we call the ‘mainstream’ society. It takes courage to come to terms with our sexuality, so imagine not having it accepted if you’re not cisgender. During one Feminist Rani, we had activists Anuja Parikh and Sonia Giani, who spoke about their journey of coming out and the everyday challenges they face due to their orientation. They acknowledged that conflict engagement and negotiation becomes difficult when opposition comes from the domestic sphere. The fact is that love is a spiritual concept and it has nothing to do with one’s body, sexual preference or gender.

As a new mother, I wanted to capture the double helix of being a transgender mother. Therefore, I interviewed Shree Gauri Sawant. A transgender who could barely make ends meet she adopted a prostitute’s daughter. Their relationship was beautifully captured in a Vick’s ad that went viral in 2017. Gauri teaches us that being a mother is not biological but emotional, and that gender is not in your genitals but in your mind.

No wonder Urvashi Butalia has said of our book, ‘The feminist flag . . . is being held high increasingly by women, transpeople—and even the occasional man!—from all walks of life.’

Why do you think that feminism should flourish in India? Is it the need of the hour?

Feminism is the need of this hour, and every other hour, till true gender equality prevails. This will happen if everyone starts believe in the cause. Feminism is not about preaching to the converted. It’s about inclusion, intersectionality, and accessibility. It includes everyone: women, men, children and the LGBTQI, basically anyone who is human. In India, one out of three women are victims of domestic abuse, every hour a woman is killed over dowry, and every 14 minutes a woman in our country is raped. Feminism in India is therefore needed to defend the social, political, economic and cultural rights of women, especially in rural areas where women face ghastly social inequality and discrimination. How can these numbers alone not sensitize a human being? In fact, I don’t understand why someone would not want to be a feminist. If you think men and women are equal, then you are a feminist.

As one of our favourite feminists, Kamla Bhasin, says Feminist Rani is ‘a powerful, sensitive and thought-provoking book that is a must-read for anyone who thinks that women and men are equals and for those who don’t’.

Do you think the people of India have a misconception about feminism and feminist movement?

The problem with feminism in India has always been that it’s never been suitably defined. It’s completely fluid because it’s been intrinsically linked to colonialism, the independence movement and the consequent nation-building and development as well as modern-day conflicts. Due to this, the knowledge of what constitutes a ‘woman’ has not been fully explored. A woman is, therefore, seen either as an abla nari or krantikaari, a devi or dayan, a virgin or whore. She exists only in binaries. In my book Feminist Rani we have taken the conversation forward. We have provided context and definition. The book debunks the stereotypes associated with the word feminism by providing fresh interpretations. You will not find this in any other book in India. As comedian Mallika Dua says Feminist Rani is ‘a much-needed book that captures the realities of our times’.

Who got in touch with you for the award and were you expecting it?

Two years ago the legendary Dolly Thakore asked me to sit on the jury for the Laadli Media Award. That’s when I learnt of the fantastic work done by Dr A.L. Sharada who runs Population First, a not-for-profit organisation in association with UNFPA, with immense dedication and passion. Inspired by their focus on gender issues, and their transparent and extensive vetting system, I sent a book last year that didn’t win. This year I was determined. It was a tough process to apply for the Laadli Media Award but I made sure I paid attention to every detail.

The application process began in May. For the submission package I had to collate all my interviews from 2017 – both in print and video format – to apply for the very specific categories under the award. It took me almost two weeks to put it together. I got a call in August telling me I’d won the award for best op-ed amid thousands of applications. I was delighted and honoured. I have won many awards for my books, but this is my first award for my journalistic work. It feels good, and inspires me to write even better pieces in the future.